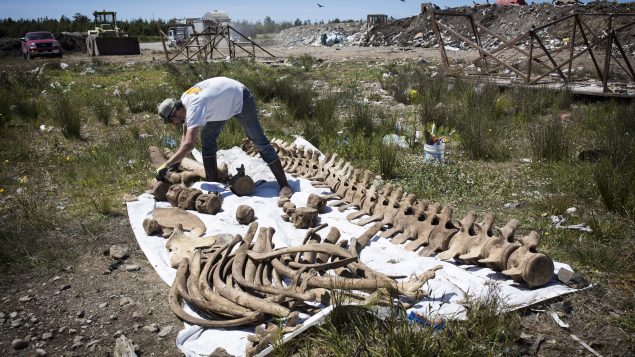 The bones of the female grey whale were dug up from a dump on Canada's west coast after having been buried for three years. (Melissa Renwick/The Canadian Press)

Scientists and volunteers gathered on Canada’s Vancouver Island on May 31, 2018 to dig up the bones of a 10-metre-long grey whale. The whale had washed up on Wickaninnish Beach on the Pacific coast in April 2015. The choices were to haul it back out to sea to decompose or to bury it in a landfill and wait for nature to clean off the bones.

A local dump agreed to take carcass and now the exhumed bones will be studied for clues about its health in the context of climate change. It is not know why the whale died. 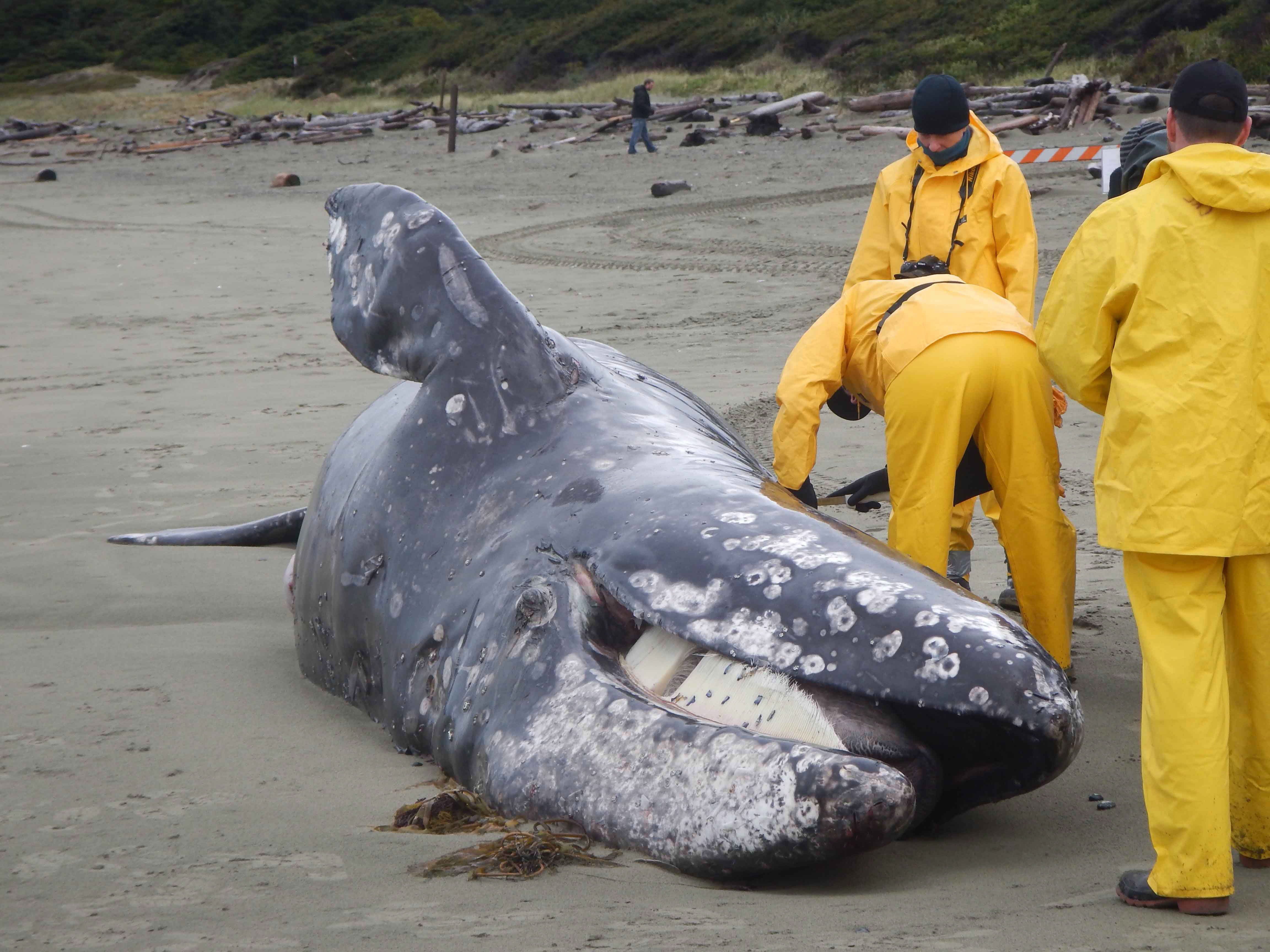 The grey whale washed up on a beach at Pacific Rim National Park. A park interpreter said many people came to see it. (Gavin Hanke/hand out photo/The Canadian Press)

Vertebrae the size of propellers

Digging amid the garbage was a smelly job, but the bones themselves reportedly smell of earth and are in good condition. Canadian Press reports the individual vertebrae were the size of small aircraft propellers, ribs were longer than a metre and it took four people to lift the skull and jaw into a pickup truck.

The bones will become part of the marine mammal research collection at the Royal British Columbia Museum in the city of Victoria. Scientists from around the world will be free to come and study them. 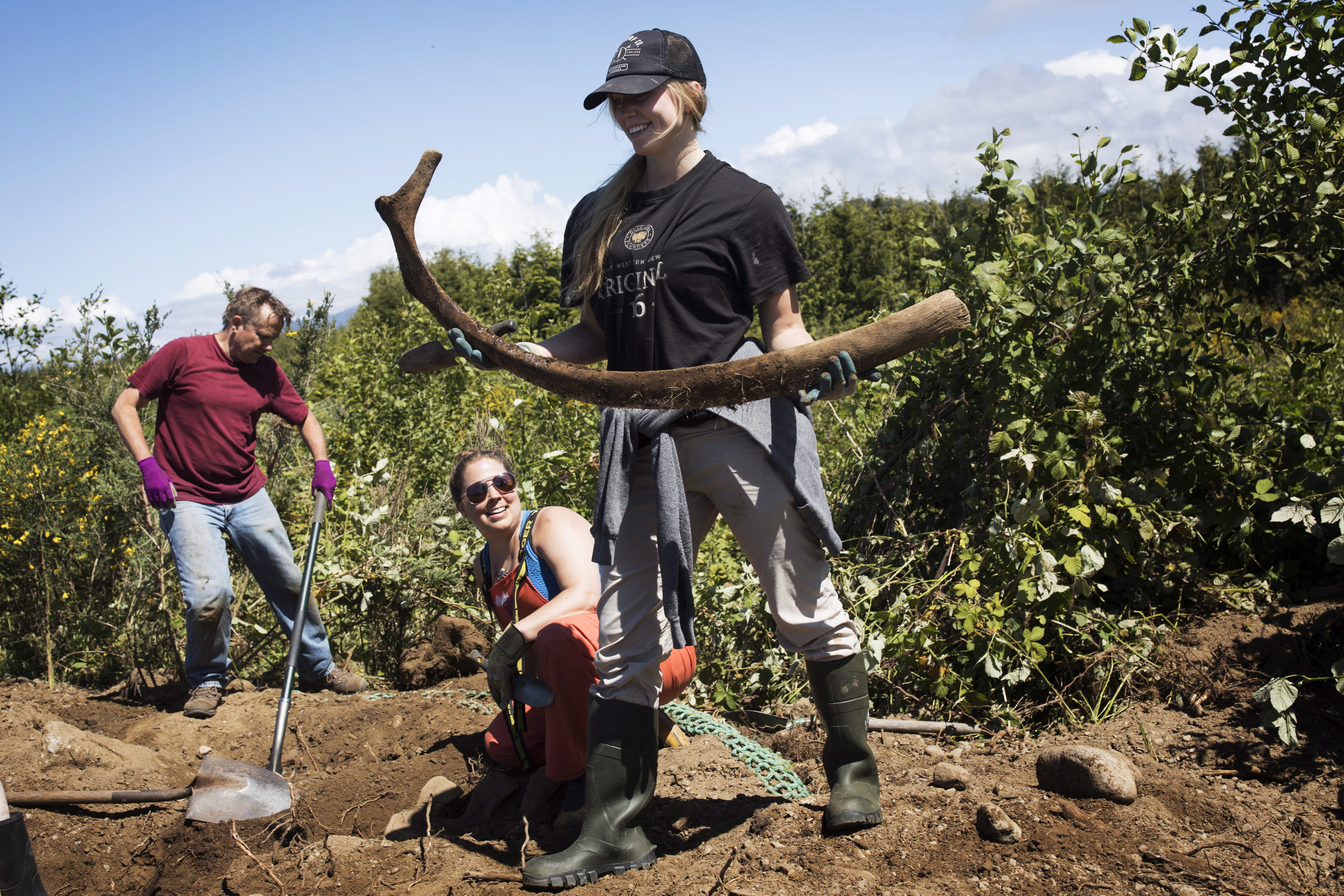 Some of the whale ribs were a metre long. (Melissa Renwick/The Canadian Press) 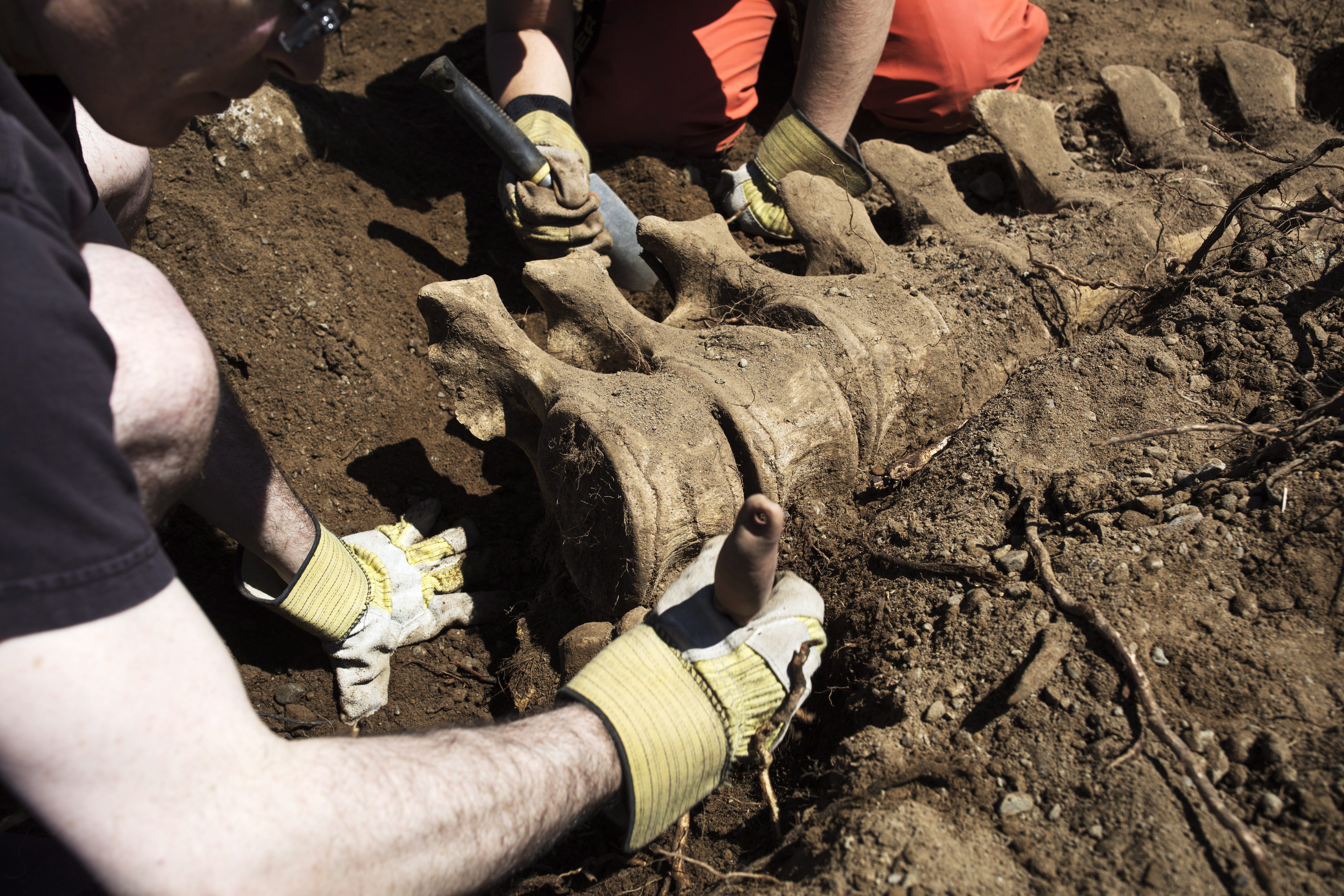