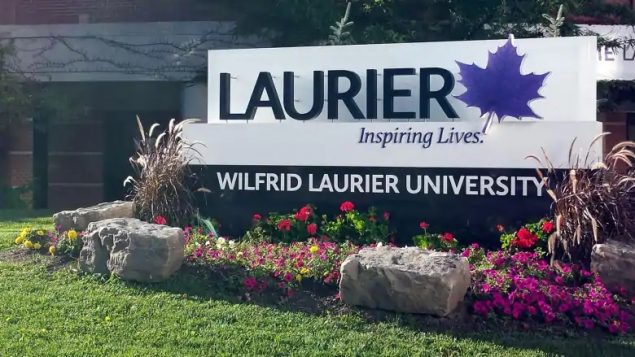 (note: none of the allegations mentioned in the story have been proven in court)

The case stems from an incident last year at Ontario’s Wilfred Laurier University which made national and even international headlines.

In her function as a teaching assistant, student Lindsay Shepherd had showed her class a brief video clip of a publicly broadcast debate on free-speech and the forced use of gender-neutral pronouns which included renowned University of Toronto psychology professor and best-selling author Jordan Peterson.

She was subsequently subjected to sanction in a disciplinary meeting conducted by her supervisor, another professor and the university’s official for diversity and equity.  The three claimed that a complaint had been filed against her by a student or students who said the video clip and class had created a toxic environment for trans people. It was later admitted there had been no formal complaint.

In that meeting several statements were allegedly made by the university staff members about Dr Peterson including an alleged comparison to Hitler.

Wilfrid Laurier has since apologised to the student, but Shepherd  says that came only after her secret recording of the meeting was made public. She says that the university failed to adhere to its own policies on freedom of expression and that she has since been subject to an ongoing toxic atmosphere at the university.  She has filed a multi-million dollar lawsuit saying the incident and subsequent attention have made her unemployable.

Jordan Peterson has now also filed a $1.6 million lawsuit against the university and the three staff members saying they slandered him.

The lawyer representing Shepherd and now Jordan Peterson was quoted by PostMedia saying, “The politically correct on campus should not think that they can defame people, slander people and bully people implicitly and explicitly with impunity”. 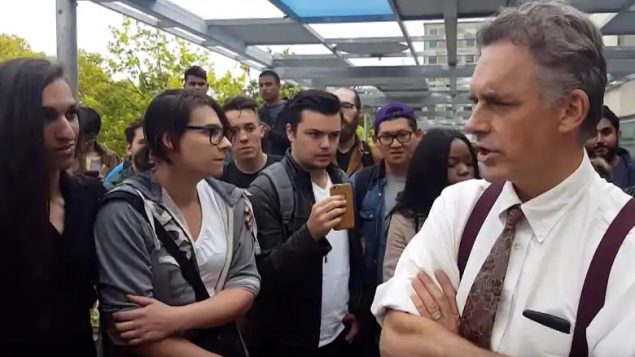 Professor Peterson in 2016 at the University of Toronto attempting to discuss free speech and forced use of gender neutral pronouns with a group of opponents. (Youtube screengrab)

Wilfrid Laurier says it will defend itself against the legal action.

Peterson meanwhile is considering a similar lawsuit against a well-known activist professor in the U.S.  Wendy Lynne Lee is a philosophy professor at Bloomberg University.  In a post on her blog she defines her areas of expertise as “philosophy of language, philosophy of mind, feminist theory, queer theory, Marxism, Critical Theory, Post-Marxism, bioethics, environmental philosophy, and nonhuman animal rights/welfare”.

The Daily Caller posted a screen grab of a tweet (tweet since removed) labelling the married Dr Peterson as an “incel, misogynist, committed white nationalist”.

Peterson’s lawyer had requested an immediate apology along with the possibility of a lawsuit.  The lawyer had earlier said that such claims cannot be allowed to stand given that Peterson has spent his life teaching against the evils of such attitudes and philosophies.

Jordan Peterson is currently on a North American tour promoting his latest book “12 Rules for Life: an antidote to chaos”.

None of the allegations mentioned have yet been proven in court.