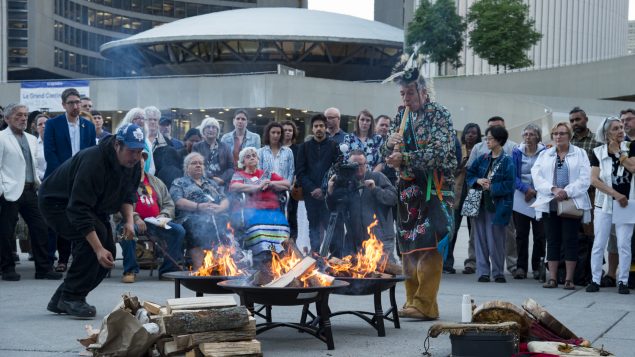 Indigenous People's Day, a national celebration on the summer solstice, was honoured in Toronto with a sunrise celebration this morning. (City of Toronto)

At 5:30 am, people gathered in Nathan Philips Square, in front of Toronto’s iconic City Hall. 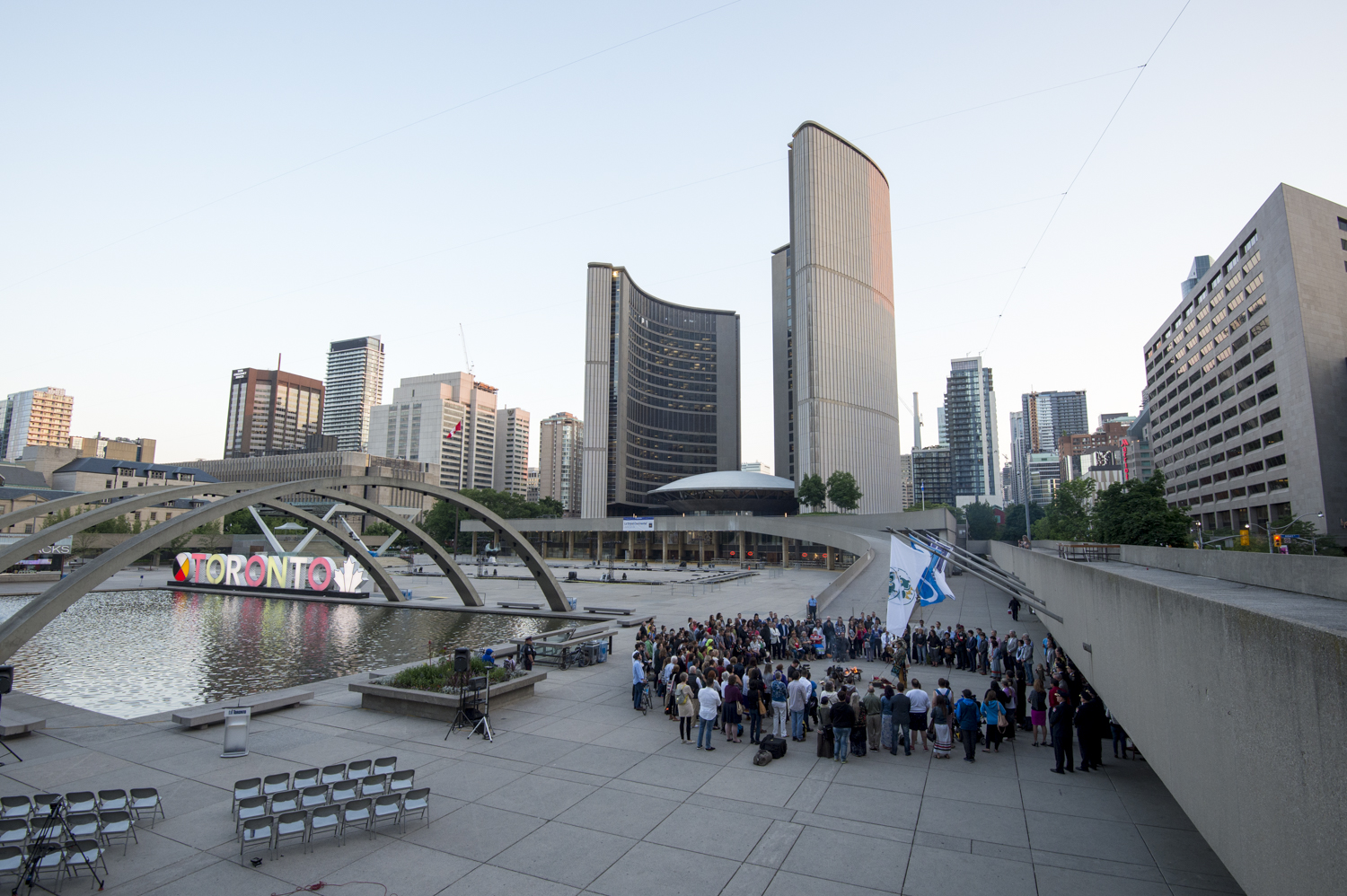 Toronto has been celebrating the occasion since 2004.

Not far away, in the city’s historic Fort York, the final preparations were underway for the beginning of a four-day festival of Indigenous People’s Day and the Indigenous Arts Festival, on land that was once the home of the Mississauga people.

“For my people on the other end, it marks a lot of trauma”

On the east coast, in St. John’s, Newfoundland, the occasion was a little more sombre due to a growing controversy.

The province’s official holiday, this year on June 25th, is known as “Discovery Day“.

It honours the legendary arrival of John Cabot in 1497, which was the beginning of the end of the indigenous people known as the Beothuk.

The celebration was held in the park that holds a small and simple stone with a plaque to commemorate the death in 1829 of Shanawdithit, remembered as the last of the Beothuk.

She died of turberculosis at the age of 28. Violent struggles with the new settlers and the diseases they brought, over the centuries, eventually killed the indigenous people. 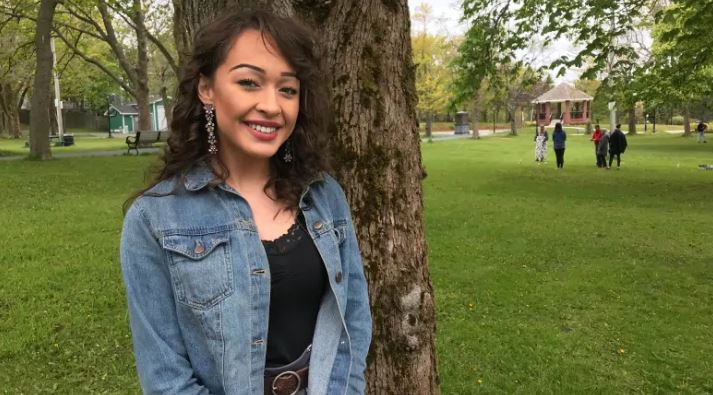 National Indigenous People’s Day is a reminder in Newfoundland and Labrador of the invisibility of the earlier history and people. Bryana Brown wants that to change. (P. Cowan/CBC)

Today, Bryana Brown, an Inuk studying Business at Memorial University, rejects the notion that Indigenous people in Newfoundland and Labrador were “discovered,” and she finds the holiday upsetting.

“On one end, it might be a day of discovery, and to celebrate, but for my people on the other end, it marks a lot of trauma, a lot of terrible things,” Brown told CBC News.

She is one of nine Indigenous young people from across Canada who recently appeared before the Senate Committee on Aboriginal Peoples, part of the Youth Indigenize the Senate initiative.

There is a growing demand among the province’s native peoples, to have a larger statue of Shanawdithit to honour her, and raise awareness of the history.

“Ocean’s protection must be indigenous led”

Meanwhile, on the west coast, in British Columbia, Prime Minister Trudeau was in Prince Rupert for the occasion. 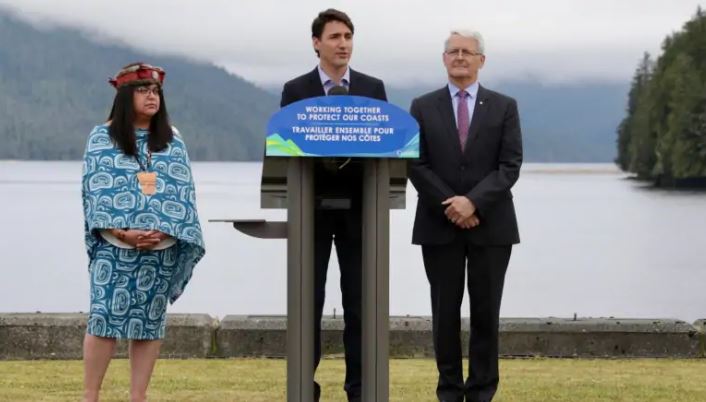 “This is a very big day for both reconciliation and the environment for Canada.” Trudeau said at a press conference.

Her community was devastated by the spill of over 100.000 litres of diesel when the Nathan E. Stewart ran aground on October 13, 2016.

The preservation of the salmon runs is one of the paramount concerns, and the agreement comes under the Oceans Protection Plan.