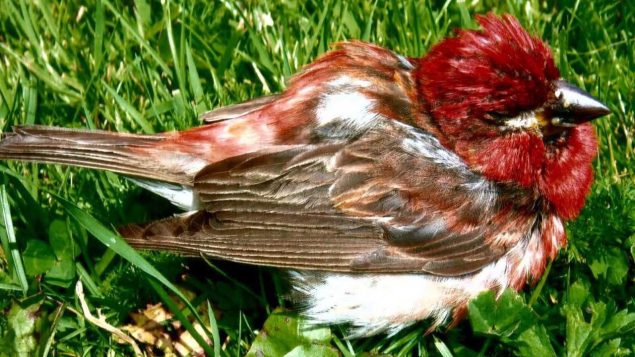 There are about 10 unconfirmed reports that trichomonosis may have affected birds in Canada’s eastern provinces of Nova Scotia and New Brunswick this year.  The disease, caused by a microscopic parasite, can make it hard for birds to breathe, eat and swallow. They become reluctant to fly away and have moisture on the feathers around their beak and chest.

Trichomonosis has infected other birds, but only was detected in Atlantic Canada starting in 2007 among purple finches and American goldfinches. 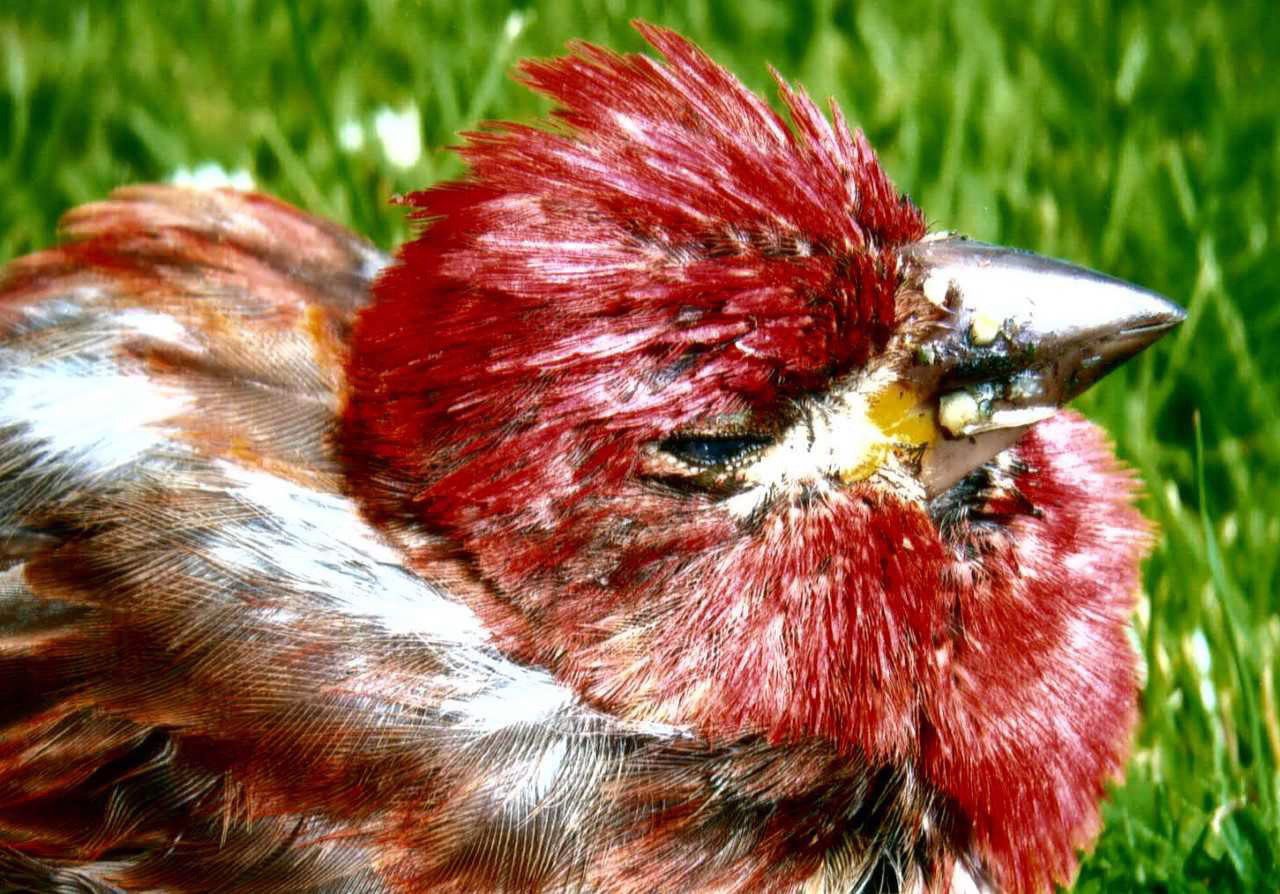 Birds infected with trichomonosis can have moisture on the feathers around the beak and chest and crusted food around their beaks. (Dwaine Oakley/hand out photo/The Canadian Press)

The disease spreads through food and water. Birds can transmit it to their chicks when they regurgitate food to feed them or through droppings. Raptors can pick it up when they eat infected prey.

The Canadian Wildlife Health Cooperative scientists say bird baths and feeders should not be used until after the first frost. And they urge anyone who sees sick or dead birds to report it to them.

The disease does not affect humans or mammals.

Many Canadians are birders

Government statistics show that in 2013, one-quarter of Canadian households had bird feeders or bird houses in their yards. Nine per cents bought products such as books to help identify birds or binoculars or took trips to watch birds.