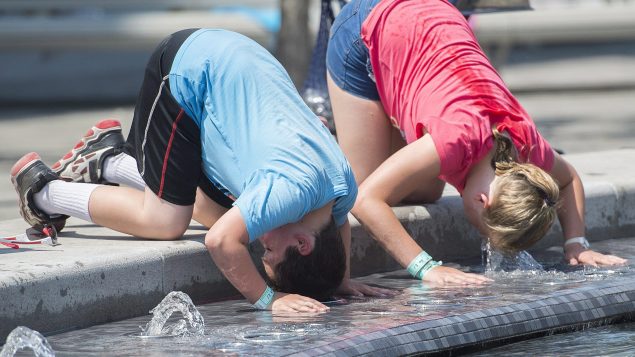 A boy and girl dunk their heads in a water fountain in Montreal on July 2, 2018. The scorching heat wave has set records in the provinces of Quebec and Ontario. (Graham Hughes/The Canadian Press)

An extended period of hot and humid weather is linked to the deaths of as many as 16 people in the province of Quebec and the heat wave is expected to last another two days. Some people have air conditioning in their homes, and those who do not may spend time in cool places like movie theatres or shopping centres.

Police and firefighters are going door to door in areas where they think people are at greater risk. One public health official said the victims are all adults who are either elderly or people suffering from chronic illnesses. People with mental-health problems or who live alone are also considered to be more vulnerable to the heat. 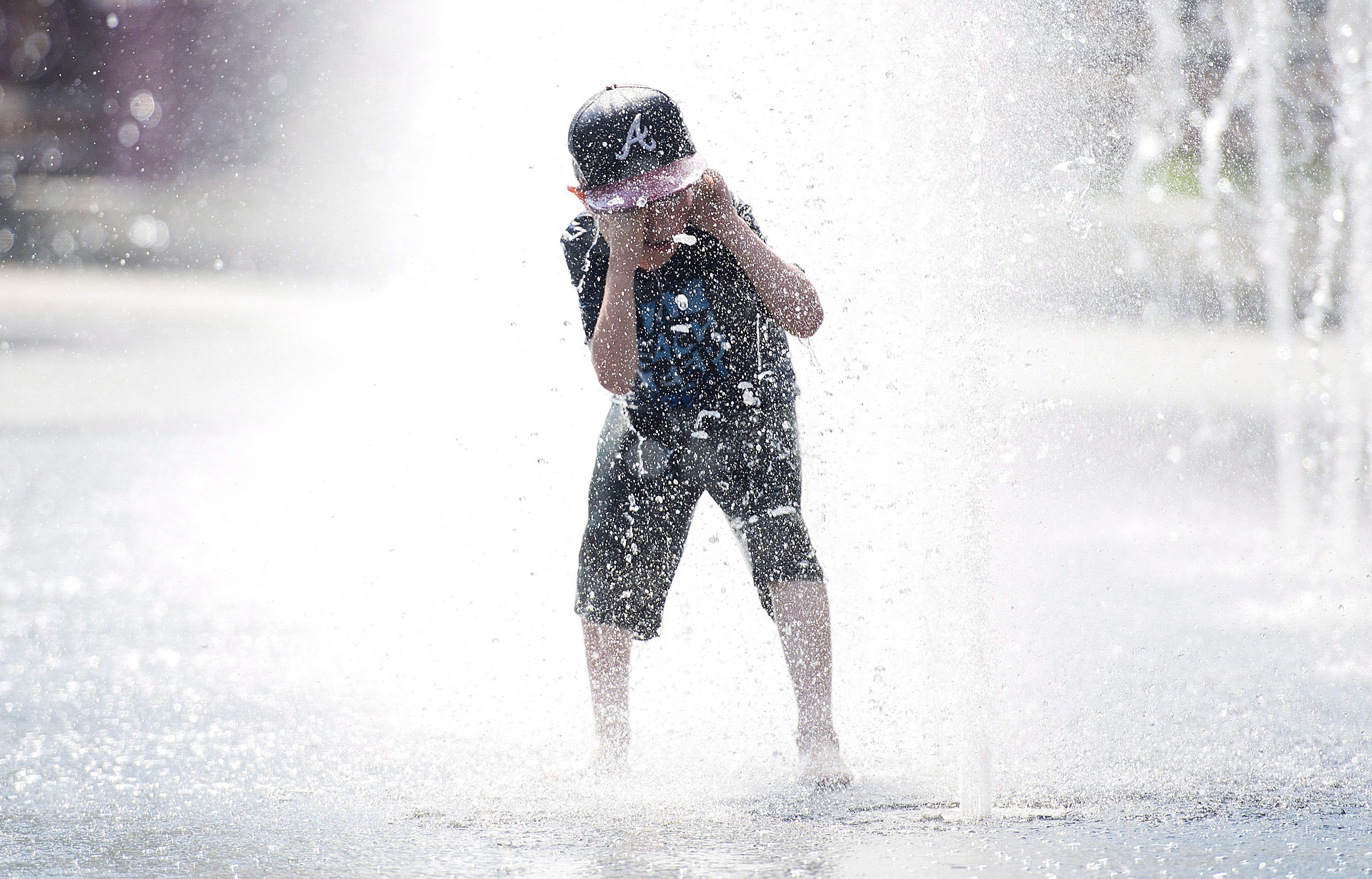 There are ways to cool off but not everyone is able to access them. (Graham Hughes/The Canadian Press)

Check the neighbours and relatives

People are advised to drink lots of water and to check in on neighbours and relatives. The death toll is expected to rise as the heat wave continues.

During an extended heat wave in 2010, 106 people died in the Montreal area.

Montreal gets short periods of heat and humidity most summers, but this heat wave enveloping Eastern and central Canada has lasted several days with temperatures over 30 C and humidity making it feel like over 40 C.