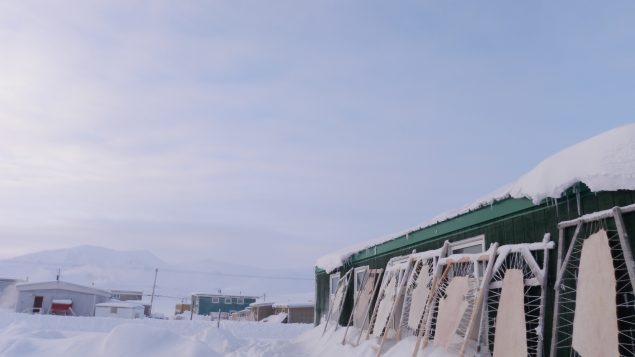 Seal skins outside of Arctic College in Qikiqtarjuaq in Canada's eastern Arctic territory of Nunavut. (Eilís Quinn/Eye on the Arctic)

Ever wondered what goes on in one of Nunavut’s Arctic college learning centres?

While many people are aware that Nunavut’s Arctic College was set up to provide education and vocational opportunities for those living in Canada’s eastern Arctic, many are unaware that outside the major campuses, in places like Iqaluit, there’s Arctic College learning centres in many of Nunavut’s smaller communities.

There, programs can range from cooking, for those keen on a job as a cook at the local hotel, to traditional skills, for those wanting to keep Inuit traditions alive.

Qikiqtarjuaq, Nunavut a predominantly Inuit community of around 500 people in Canada’s eastern Arctic, and Eye on the Arctic visited the community when the centre’s traditional sewing program was in full swing.

In this video, the centre’s adult educator Lizzie Aliqatuqtuq showed us around and share her thoughts on what makes Arctic College’s learning centres so important and unique.