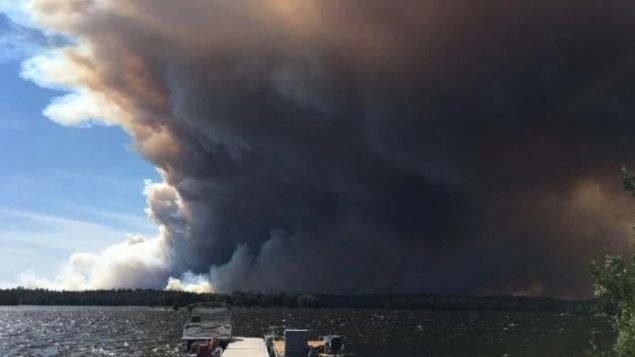 Forest fires near Temagami, Ontario caused a state of emergency to be declared this afternoon and nearby residents have been asked to leave the area. (Liane Lauzon/Facebook/CBC )

Forest fires are becoming a major concern in the central provinces of Ontario and Quebec.

The lack of rain over the last two weeks has created dangerously dry conditions.

Currently there are more than 60 fires burning in Quebec with teams of firefighters arriving from across Canada and the northeastern United States to help in the effort to put them out.

In northern Ontario a state of emergency was declared this afternoon in the Temagami region with officials watching to see what the next 24 hours will bring.

There is rain in the forecast for the northern region of Ontario moving east to Quebec, but the showers will be a mixed blessing as summer thunderstorms bring the rain, but the accompanying lightening could start more fires.

Conditions are so dry that a grass fire broke out in a southern Ontario field, in the Niagara region.

The Niagara Lavender Festival drew visitors, some of whom parked in a nearby hay field being used as a parking lot.

The flames raced through the lot damaging 15 vehicles and destroying 19.

“It was one of the fastest-moving fires I’ve seen in my career,” Niagara-on-the-Lake fire Chief Rob Grimwood, told CBC News. 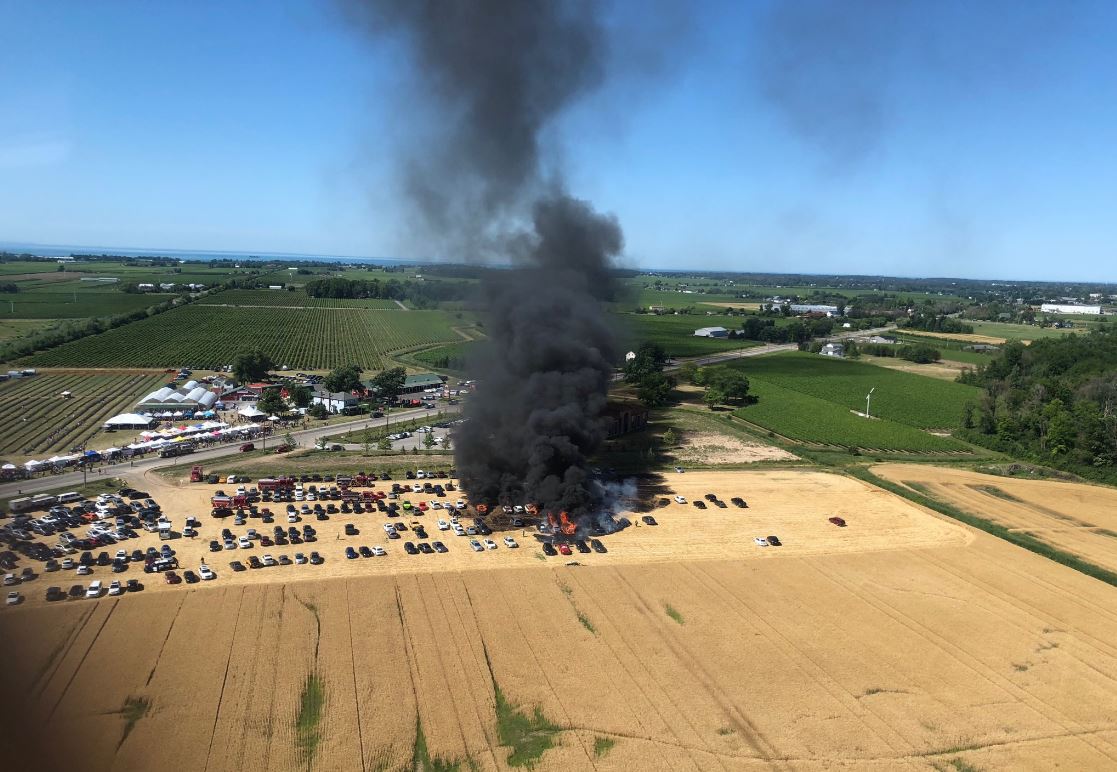 He said he was on the scene within five minutes and already at least five cars were engulfed in flames.

“Everything was a challenge: water supply, the heat and humidity — firefighters took a beating because of that — the extent of the fire, and how fast it spread. It was certainly a huge challenge.”

Grimwood said at least 40 firefighters responded to the call and he praised his volunteer team for their work keeping the blaze under control.

“They did a phenomenal job,” he said. “They saved in excess of 50 other cars that could have been destroyed.”

No one was injured but some firefighters were treated for smoke inhalation by paramedics at the scene.

According to Grimwood, something as simple as a discarded cigarette or a car’s exhaust coming into contact with the hay could have started the blaze.