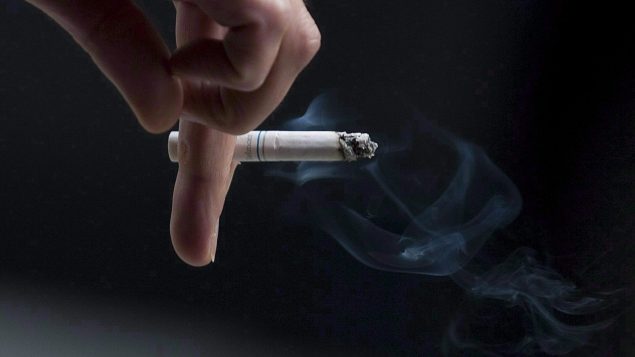 A person smokes in downtown Ottawa on Sept. 29, 2009. Ten provinces have filed suits against tobacco manufacturers seeking billions of dollars in health costs due to smoking. A decision by the Supreme Court of Canada on July 13, 2018 clears a key legal hurdle for British Columbia's efforts to recoup the money. (Pawel Dwulit/THE CANADIAN PRESS)

Canada’s highest court has ruled against tobacco giant Philip Morris International in its dispute with British Columbia over access to detailed provincial health databases to ensure the fairness of a multibillion-dollar damages trial.

In a unanimous ruling today, the Supreme Court of Canada says the province cannot legally allow Philip Morris International to see raw data that contains individual health care information, even if that data is rendered anonymous.

Writing for the court, Justice Russell Brown found the health care databases Philip Morris was after contained information about individuals whose privacy the province is obligated to protect.

The ruling clears a key hurdle in B.C.’s 17-year-old battle to sue cigarette companies to recoup billions spent by the province on treating smoking-related health problems.

The decision  could also have an effect across the country, as all 10 provinces have filed legal suits seeking a total of more than $120 billion in damages from tobacco firms.

Some companies agreed to B.C.’s offer of access to health databases that include aggregate data but not individual-level files that the province argued could compromise privacy, even with personal identifiers removed.