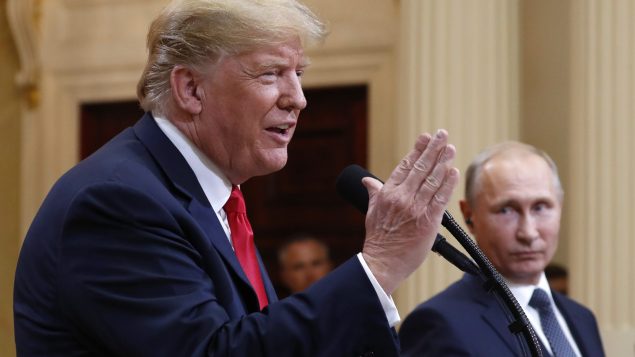 Donald Trump’s erratic and clearly undiplomatic behavior at the NATO summit in Brussels and his subsequent chummy summit with Russian President Vladimir Putin in Finland have weakened the alliance despite the U.S. president’s claims to the contrary, says a Canadian security expert.

Following the summit in Brussels where Trump arm-twisted allies to spend billions more on their defence or face the prospect of the U.S. leaving NATO, the U.S. president declared the gathering a great success.

“NATO was weak, but now it is strong again (bad for Russia). The media only says I was rude to leaders, never mentions the money!” Trump tweeted.

While NATO members pledged at their summit in Wales in 2014 to raise their defense spending to 2 per cent of GDP by 2024, NATO Secretary General Jens Stoltenberg has said Trump deserves credit for urging the allies to follow through on their pledges.

Trump has bragged that this is just the beginning and NATO countries have agreed to spend even more, hinting that he wants NATO countries to spend 4 per cent of their GDP on defence, a target that even the U.S. with its massive military doesn’t meet. 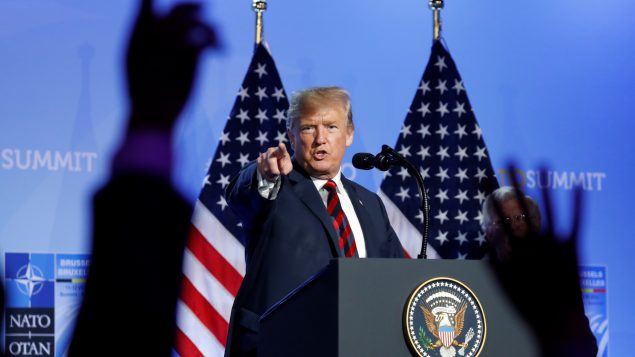 U.S. President Donald Trump takes questions from the media during a news conference after participating in the NATO Summit in Brussels, Belgium July 12, 2018. (Kevin Lamarque/REUTERS)

But David Perry, the vice president, senior analyst and a fellow with the Canadian Global Affairs Institute, says far from strengthening the alliance, Trump’s bully tactics might have the exact opposite effect.

“He is making it easier for the other allies to dismiss American arguments that they need to pick up a greater share of the burden,” Perry told Radio Canada International.

“By being so undiplomatic, by trying to move the yardstick beyond what was agreed to, which was 2 per cent, trying to redefine what the target should be, I think he is making it much easier for allies to dismiss what were previously legitimate American concerns about people not living up to the actually agreed upon levels of burden sharing.” 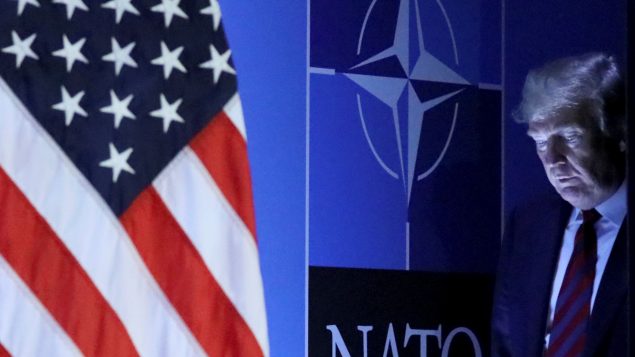 It’s important to acknowledge that the message that Trump is delivering is a message that other American presidents have attempted to deliver in the past, arguing that other members of the alliance need to carry a greater share of the defence burden, Perry said.

“Trump is just particularly undiplomatic and certainly less constrained by the normal bounds of diplomacy and presidential comportment than the previous people that have delivered that message were,” Perry said.

Also Trump seems to be particularly transactional in his view of foreign policy, he said.

“His view of the alliances seems to me to be almost colonial,” Perry said. “That the United States is kind of the imperial power and in his view there is an expectation that the various colonies, America’s other allies, should be providing a flow of money to provide for imperial defence and if they’re not doing that to the extent that he sees fit, then he’s going to get up and yell, scream and make a fuss about it.”

It also plays into Trump’s America First campaign ideology to be more forceful in the defence of American interests and to push back against countries that have taken advantage of the United States in his view either in terms of alliance relationships or in terms of trading relationships, Perry said.