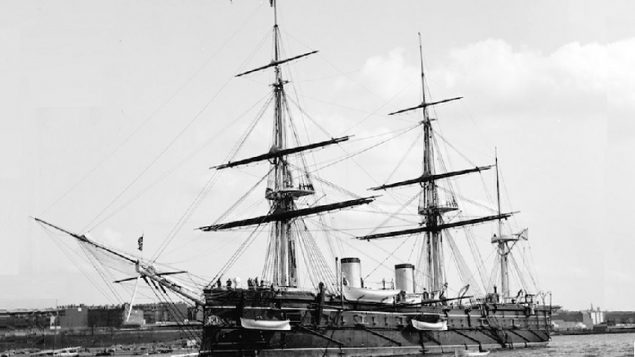 Launched in 1883, the Czarist-era cruiser represented the transition era from sail to steam, and wood to steel. When scuttled, it was rumoured to have carried a fortune in Russian gold (Shinil Group)

A 19th century Imperial Russian warship claimed to be carrying billions of dollars in gold has been found off the coast of Korea.

It was 1905 and a tremendous naval battle known as the Battle of Tsushima took place during the Russo-Japanese. Much of the Imperial Russian fleet was defeated by the Japanese.

One of the victims was the 5,800 tonne cruiser, Dmitrii Donskoi, scuttled after sustaining severe damage to its stern.

Of the almost 600 crew, 60 were killed and 120 wounded, whie the majority of the crew escaped and were later taken prisoner on Korea’s Ulleungdo Island. 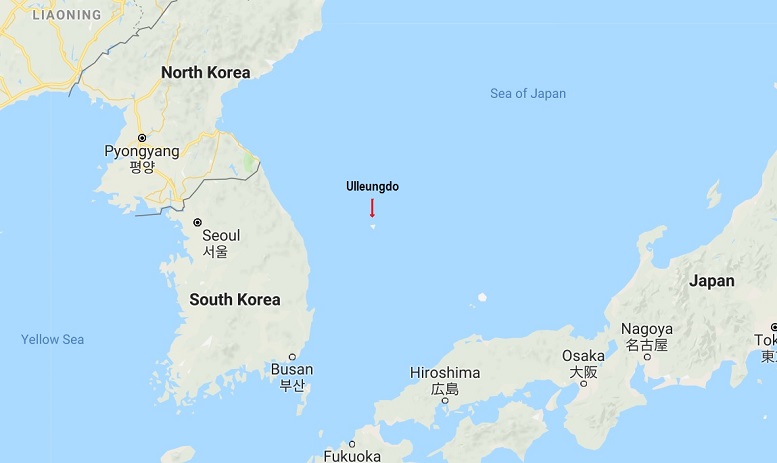 For decades rumours swirled that the ship carried thousands of boxes of bullion and coins, the salaries of crew, wealth for port expenses, and possibly gold from other ships in the flotilla and possibly Russian gold from other sources   A South Korean construction company discovered what might be the ship in 2000 but soon went bankrupt.

Another South Korean treasure hunting operation, the Shinil Group hired well-known deep sea technology company Nuytco Research Ltd. of Vancouver. Nuytco had previously located the WW-I wreck of the Lusitania off the coast of Ireland, and that of the Great Lakes cargo ship, Edmund Fitzgerald.

Within two days, the Canadian firm, using two of its specialised designed submersibles located and positively identified the wreck as the Dmitrii Donskoi. 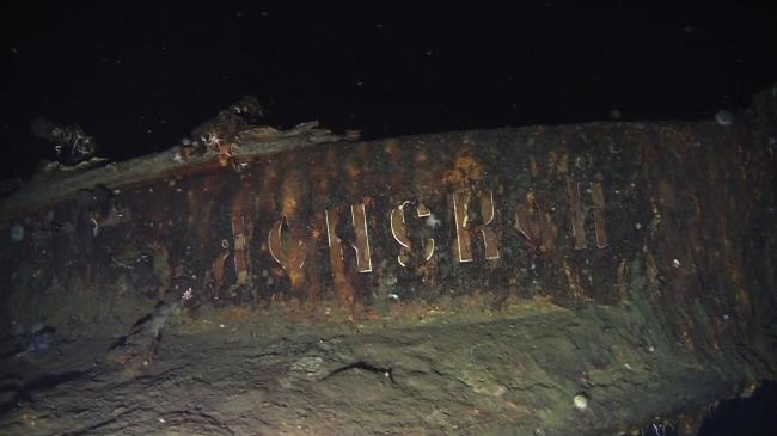 The specialist Canadian team was able to positively identify the ship when it found the name in Cyrillic on the hull. (Shinil Group)

Phil Nuytten, founder and president of Nuytco, said the ship is on a slight slope with the stern at a depth of about 400 metres.. The stern is heavily damaged, the three masts and two smoke funnels are missing, but the side armour and deck are in relatively good shape.

He also said a number of metal boxes were seen but not opened.

This discovery has caused a frenzy of investment activity in the Shinil Group which has said it will attempt to raise the ship later this year.

As to the gold, if found, half will go to Russia., and 10 per cent will be given to Ulleungdo to invest in infrastructure and tourism

While the thought of up to $130 billion worth of gold is causing shivers of excitement in investors and others, several historians are expressing doubt. 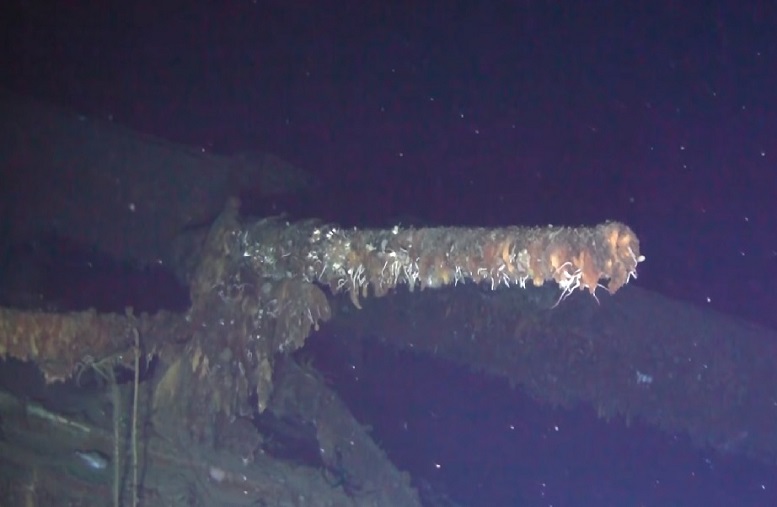 Ship deck cannon image taken from the Canadian submersibles at a depth of about 400 metres (Youtube.screen grab)

One says it makes no sense to have carried so much gold on a single ship in a war zone. Others say it’s doubtful because it would have been far safer and more reasonable for Russia to have sent any major gold shipment across it’s own territory by rail.

A Canadian historian who specialises in Russian history said he’s never heard about the gold aboard the ship, but also doubts the idea of carrying so much gold on the ship.

In addition, one report said the South Korean government has indicated the Shinil group has neither notified it, nor applied for an excavation permit.

“The Investor” website says Shinil is using the discovery and claims of vast gold find to fund its own crypto-currency. The website is recommending caution for investors.