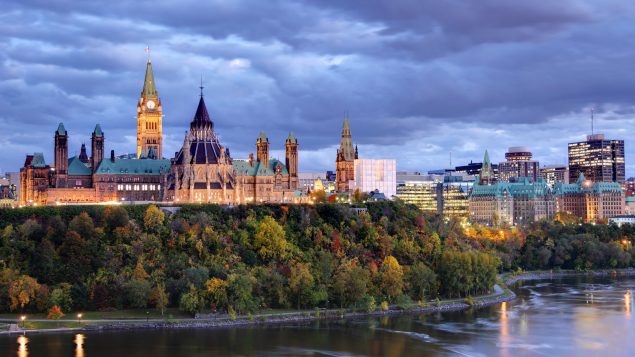 View of Parliament Hill overlooking the Ottawa River in Ottawa, Ontario in autumn. Ottawa will host the Open Government Partnership (OGP) Global Summit from May 29 to 31, 2019. (iStock)

Canada to host global summit on open government in 2019

Canada will host next year a global summit focused on making governments more transparent and responsive to citizens and fighting corruption by harnessing the power of new technologies to strengthen governance, federal officials announced Thursday.

The Open Government Partnership (OGP) Global Summit will take place in the Canadian capital of Ottawa from May 29 to 31, 2019, announced President of the Treasury Board and Minister of Digital Government Scott Brison, at the conclusion of the 2018 summit in Tbilisi, Georgia.

Academics, civil society activists and government officials from Canada and around the world will take part in the summit to explore the future of open government, Brison said.

“More open, digitally enabled government is the key to improving the relationship between citizens and government, and rebuilding democratic legitimacy in the 21st century,” Brison said in a statement. “Canada’s new international open government leadership role should make all Canadians proud.”

Since its inception in 2011, more than 75 countries and 20 local governments have joined the OGP and have made over 2,500 commitments to make their governments more open and accountable, officials said.

Canada joined the partnership in 2012.

The OGP is governed by a Steering Committee that is comprised of both government officials as well as civil society members.

Canada will assume the role as lead government chair of the OGP, starting October 1, 2018.

“In a time when trust in government is declining in many countries around the world, it is inspiring to see Canada step up and assume co-leadership of the Open Government Partnership at a pivotal moment,” said in a statement Nathaniel Heller, incoming lead civil society co-chair of the OGP.

“On crucial issues of gender, inclusion and delivering real impact that matters for people’s lives, I’m eager to work with Minister Brison and the whole of the Canadian government to chart a path forward for the OGP that inspires action.”

Each member country is required to publish a two-year action plan for their open government initiatives developed in consultation with civil society and interested citizens.

Canada has successfully completed three national action plans on open government and is working on its fourth one.

The Liberal government has set aside $1 million in its Budget 2018 to fund the summit in Ottawa.