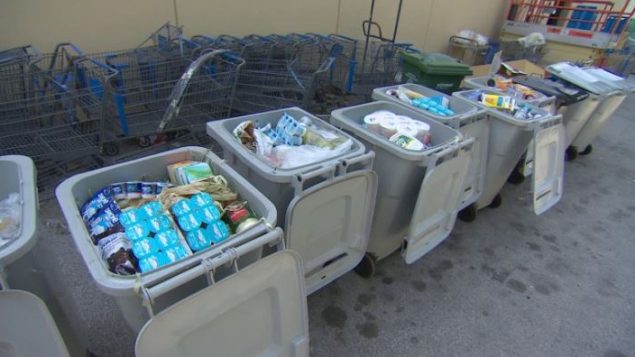 Love Food Hate Waste campaign to focus on trash bins such as these outside a major store near Toronto. (CBC)

Love Food Hate Waste, is the national campaign that was launched earlier this month to help Canadians become more aware of some terrible habits.

“We need to realise that, accept that and figure out what we can do to change that”

Greg Moore is chair of Metro Vancouver and the founding member of the National Zero Waste Council.

He says we may be some of the “greenest” citizens of the world, but when it comes to food, we are among the biggest wasters.

Canadians are also notorious for wasting water, and many of us have become more aware of this bad habit in recent years.

Moore says “we actually waste or throw away more garbage than most of the other industrialised countries in the world”.

He says “we need to realise that, accept that and figure out what we can do to change that.” 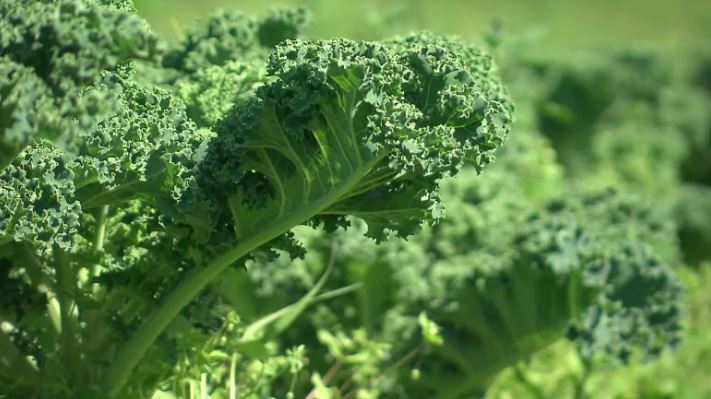 The lack of rain this summer in eastern Canada is increasing an awareness of the environment, particularly as we hear more about the challenge to crops, but in general, when it comes to food we don’t really talk about, and certainly don’t admit perhaps, to wasting as much as we do.

“Countries in Europe and other places where land is very scarce, it’s been a much bigger discussion there for a longer period of time”, Moore says.

Now it is time to start the discussion, in tandem perhaps with a national food program that the Canadian government has promised to present over the last two years.

Walmart and Sobey’s, two major retail chains have partnered in the campaign along with several large municipalities.

Walmart was the focus of a CBC investigative report on the TV program Marketplace. The company was challenged for the amount of food it was throwing away, to the horror of employees and customers alike.

‘In Canada we have so much ample land so that we can over time just build bigger and bigger garbage dumps, and you know we take it out to the curb, a truck picks up our garbage, it goes away into a hole somewhere, we don’t know where it is, it’s out of sight, out of mind.”

The shocking statistic that as much as 47 per cent of the food we buy ends up as waste will probably come as an eye-opener to many Canadians, and this is what the LFHW campaign is about.

The more motivating statistic may be that we waste about $1200 (Cdn) annually on food, and that could buy a very comfortable weekend away.

(With files from CP and CBC)