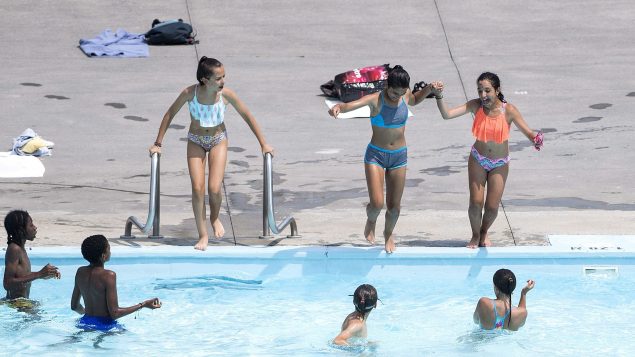 People jump into a public pool in Montreal to cool off on August 5, 2018. In July, over 70 deaths in the province of Quebec were linked to a heat wave. (Graham Hughes/The Canadian Press)

Oppressive heat strikes most of Canada

Heat warnings were issued for nearly every province in Canada today, reports Canadian Press. Government climatologist Dave Phillips told the wire service the heat wave is coming from a high-pressure system over Bermuda. It is expected to last until the end of August.

Stifling heat and humidity is even threatening to make this summer one of the hottest on record for the four Atlantic Provinces. Temperatures there are normally moderated by their proximity to the ocean.

Weather historian Rolf Campbell has looked at more than 100 years of government statistics and found that cities in all Atlantic Provinces had both higher average temperatures and maximum temperature in July than in previous years. Most also have long-lasting streaks of consecutive days with high humidity and soaring temperatures.

The port city of Halifax has had 28 days with a high temperature over 25 C. That is double the average number of days recorded over the past 30 years. ”

Over 70 deaths in the province of Quebec were linked to a heat wave in July. Heat and high humidity persist. 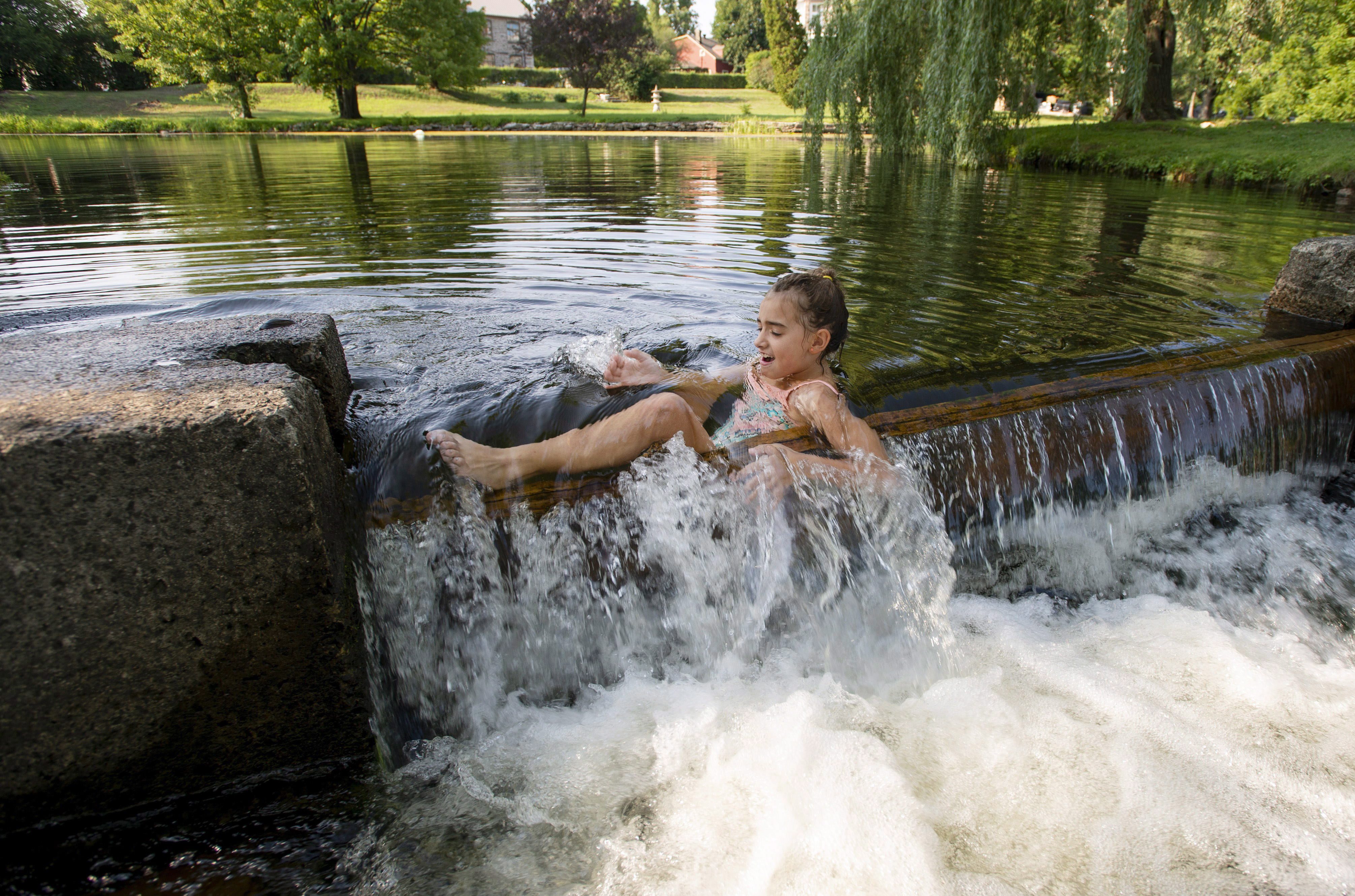 It is a holiday weekend and hot in most of Canada, so people like Tahia Mosher in Perth, Ontario are looking for ways to cool off. (Justin Tang/The Canadian Press)

“It’s rare to have such a persistent heat wave that strikes so much of the country,” said Campbell to Canadian Press. “It’s not abnormal for one province, or even just the Maritimes, (in eastern Canada) to have an unusually warm spell, but for it to be consistent from Toronto all the way to Newfoundland for several weeks? That’s pretty unusual.”

Europe got even hotter

The heat wave pales in comparison to Europe’s. A mass of hot air from North Africa sent temperatures in Portugal and Spain over 45 C last weekend. In France, four nuclear reactors were temporarily shut because the water was too hot to cool reactors. Three cities banned the most polluting cars. In Germany, the grape harvest started on its earliest day due to an unusually hot summer.

In Norway, motorists were told to watch out of reindeer and sheep seeking relief from the heat in highway tunnels.