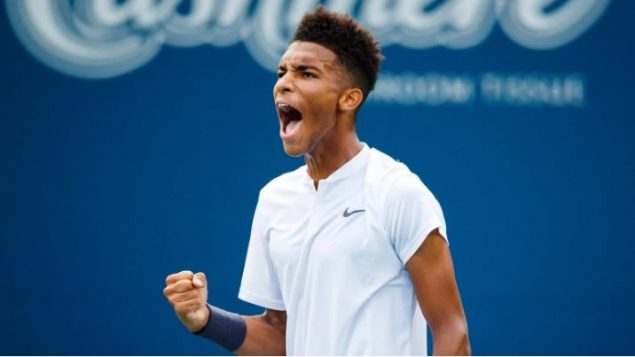 Felix Auger-Aliassime defeated Lucas Pouille of France advancing to the second round of the Rogers Cup on today. The victory marks the first time the 17-year-old has advanced to the main draw of a Masters 1000 tournament. (Mark Blinch/CP )

The win elevates him into the second round in his main draw debut at the Masters 1000 tournament.

He came into the event ranked No. 133 in the world, a career-high, and then took 78 minutes to defeat the No. 18 Pouille at the Aviva Centre in the north west area of the city.

Auger-Aliassime saved 5-of-6 break points and converted on 3-of-6. He also fired five aces. including four in the second set alone, and won 73 per cent of his first service points.

The 17 year old from Montreal, described it as the “most beautiful victory’ of his career, and all the more memorable on the eve of his 18th birthday. 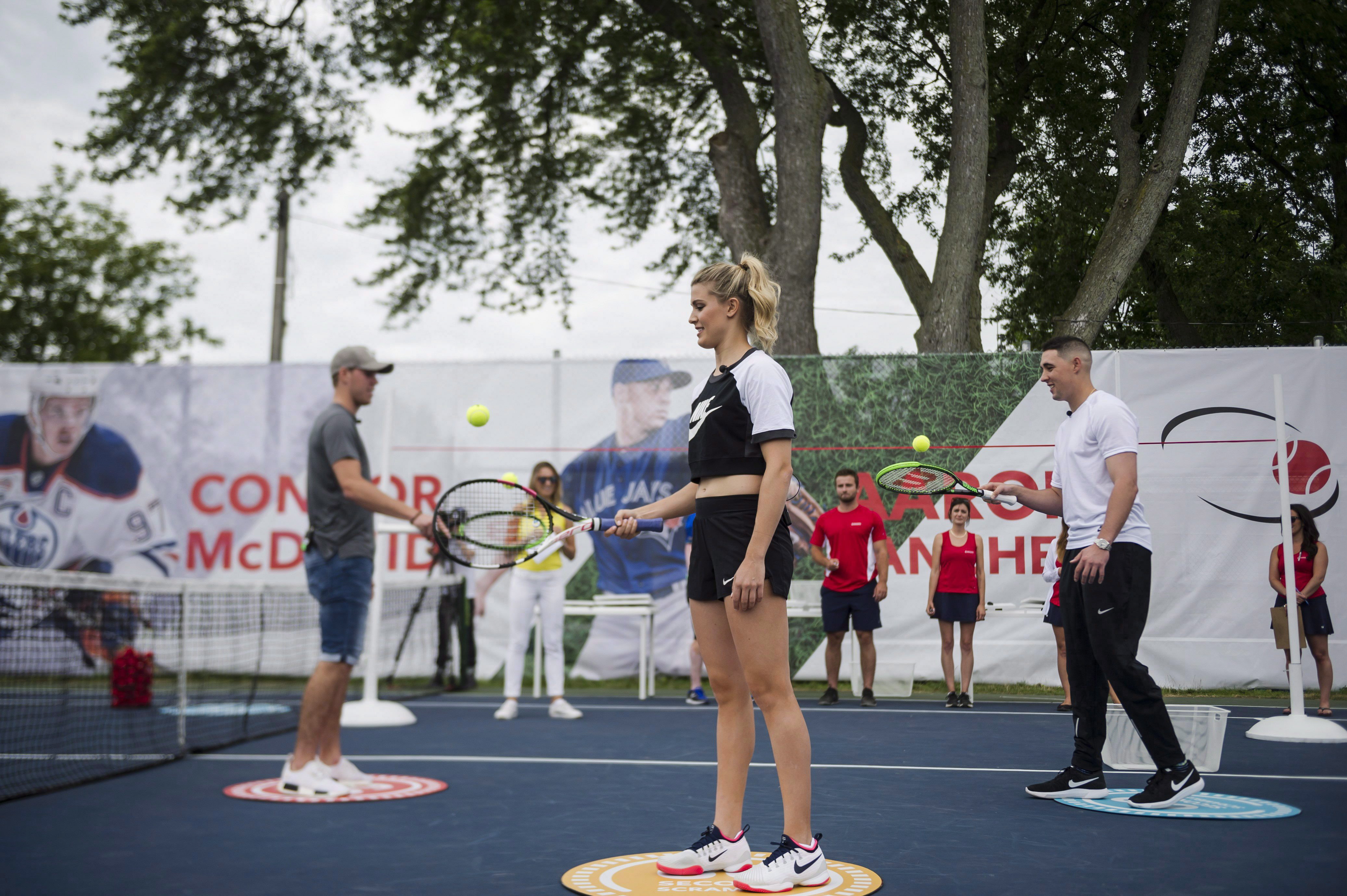 Meanwhile in Montreal, Genie Bouchard was playing before the home-crowd and despite a hard-fought match, she lost to Belgium’s Elise Mertens 6-2, 6-4 at the Rogers Cup at Jarry Park.