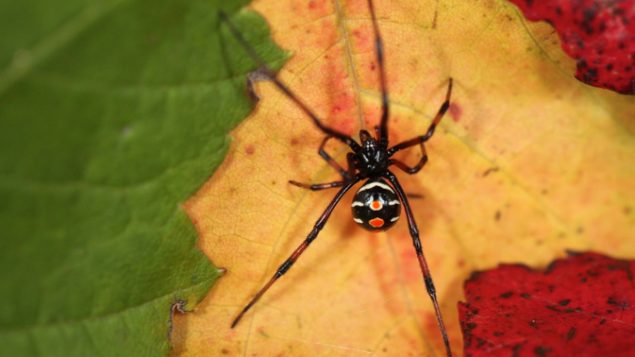 The northern black widow spider hides under old tree stumps and in the recesses of buildings. (iStock)

The news release from Montreal’s Insectarium museum cheerily informs me that the northern black widow spider in now established in the province of Quebec, but tells me not to worry.

Home turf would include Montreal

Insectarium’s researcher Maxime Larrivée and colleagues at McGill University and Université du Québec à Rimouski  have determined that Latrodectus variolus can be found in southern Quebec up to lake Saint-Pierre. That’s only 84 km northeast of Montreal and would include my hometown.

The news release goes on to tell me that these spiders avoid humans and that in any event, bites from it are extremely rare and only inject a minimal amount of venom. The spider hides under old stumps and in “cavities of all kinds” and, yes, in the recesses of buildings.

I preferred the Insectarium’s news release about monarch butterflies. (iStock)