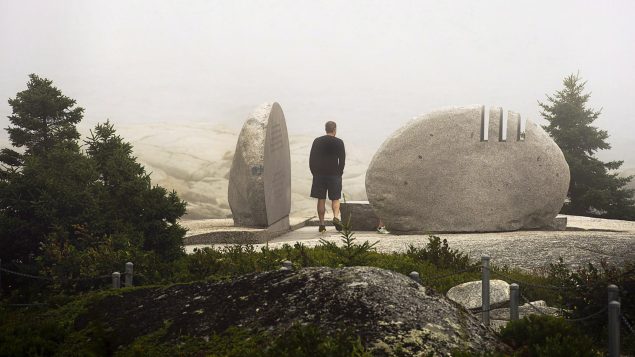 The Christian parish of Blandford plans to mark the 20th anniversary of the Swissair flight 111 that crashed off the east coast of Canada killing all 229 people on board. It is inviting other churches, individuals and organizations to join in the planning of this year’s memorial.

On September 2, 1998, the MD-11 jet left New York City on its way to Geneva. Less than an hour after take off, the pilots smelled smoke in the cockpit. They sent out a signal that the plane was experiencing a problem but there was no immediate danger. 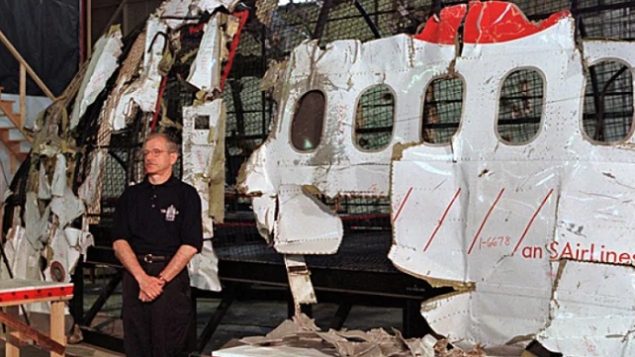 Lead investigator Vic Gerden stands in front of a reconstruction of the plane made from hundreds of thousands of pieces recovered from the ocean.(Andrew Vaughan/Canadian Press/ May 27 1999)

The plane was diverted to the eastern Canadian city of Halifax  and the pilots planned to dump fuel to make the plane light enough to land. But on the way, they declared an emergency as several systems began to fail. Contact was lost and the plane plunged into the Atlantic Ocean eight kilometres off the tourist site of Peggy Cove.

It happened at about 10:21pm and several local boaters quickly launched to rescue any survivors. They came upon a large and horrific site of debris and body parts. The search, crash recovery operation and investigation by the government of Canada took four years and cost $57 million. Investigators concluded the crash resulted from faulty wiring that ignited flammable insulation located above the cockpit. A new entertainment system was thought to have played a role in the fire. Several recommendations were made and new standards set to prevent such a fire in the future.

‘An event which affected everyone’

Swissair 111 was known as the “UN Shuttle” because is was often used by officials of the United Nations. Several of them died in the crash as did business executives, scientists, researchers and others.

A book was written alleging the crash was not an accident but investigators found no evidence to support that.

Over the years there have been many memorials to mark the crash. In this year’s notice, the parish of Blandford wrote: “The disaster of Swissair 111 is an event which affected everyone in our communities and our region. It will be good for us to remember together.”