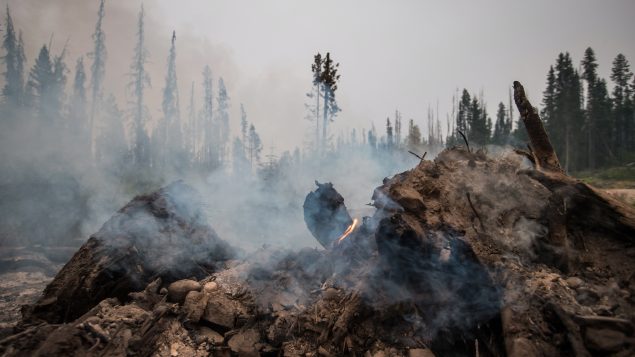 The fire at Shovel Lake measured more than 680 square kilometres and was just one of over 500 burning across the province of British Columbia. (Darryl Dyck/The Canadian Press/Aug. 16, 2018)

Wildfires are so bad in the western province of British Columbia that the Canadian government has sent in the army and has formed an ad hoc committee of top cabinet ministers to consider what help is needed.

The province has declared a state of emergency.

The province has already spent $274 million fighting the fires which so far number 565 and have blanketed the city of Vancouver and other areas with thick smoke. The cost of fighting wildfires in British Columbia last year was $649 million. More than 20,000 people have been told to evacuate or prepare to leave. 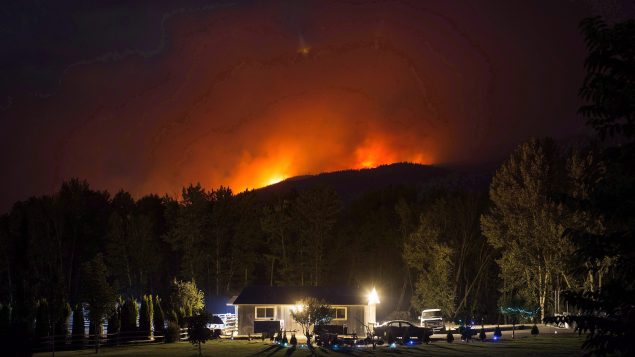 Last year marked British Columbia’s worst wildfire season on record. The 2018 season is not over yet. (Daryll Dyck/The Canadian Press/July 8, 2017.)

Smoke is so thick in the Kamloops area that it was difficult to see new fires last weekend and aircraft were limited in their ability to fight them.

The largest fire moved north from Fraser lake and measured 850 square kilometers. There is no sign of a let up in the weather conditions contributing to the spread of fire.

Fires rage in U.S. too

Smoke from wildfires is also clogging the skies across the western United States, causing flight delays and forcing authorities to warn that even adults should stay indoors.