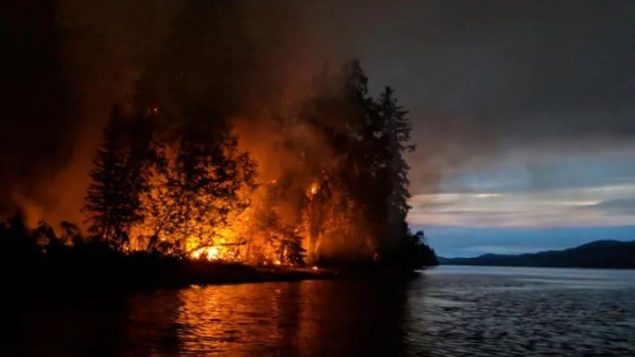 Wildfires are intensifying in Western Canada in recent years according to researchers. (Tracy Calogheros/Facebook)

Forest fires in British Columbia worst ever this summer

Forest fires raging in the west cost province of British Columbia have now surpassed the damage done last year, making this the worst summer on record.

He said there have been over 2,000 wildfires since April 1st, most of them caused by lightening strikes.

Wagstaffe noted that lightening strikes have also increased considerably, another outcome of climate change, with 10 to 15 per cent more strikes this summer than the average over the last 10 years.

Skrepnek said dry lightening was particularly concerning. He said there were over 4,500 people fighting the fires including teams from Mexico, Australia and New Zealand, and Washington State.

He says there are still over 535 fires burning most of them in central British Columbia on the Highway 16 corridor between Prince George and Smithers.

Today Skrepnek said a turn in the weather with more rain, has helped alleviate some of the challenges.

Forest fires have raged in countries around the northern hemisphere this summer season and in Canada, both British Columbia and the central province of Ontario, were battling blazes in the large swaths of forest that make up so much of the two regions.

It’s believed people are responsible for as many as 400 wildfires in British Columbia.

Campfires, cigarettes, flares and even car accidents are ways that people have accidentally caused the fires. 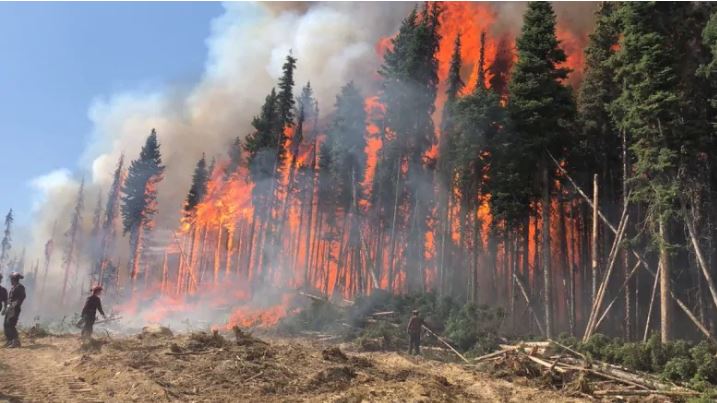 Perhaps most alarming is It’s believed people are responsible for as many as 400 wildfires in British Columbia.

Campfires, cigarettes, flares and even car accidents are ways that people have accidentally caused the fires.

B.C.fire information officer Ryan Turcot says many people still are not getting the message that their behaviour may have played a role in starting these fires.

Robert Gray, a fire ecologist in Chilliwack, British Columbia says the scale of the wildfire emergencies during the summers of 2017 and 2018, was not expected for decades.

“What we thought was going to be an average condition in 2050, we’re starting to see those conditions coming a lot sooner,” Gray told CBC’s Bethany Lindsay.

Hazy, smoky summers may be the new normal out west.