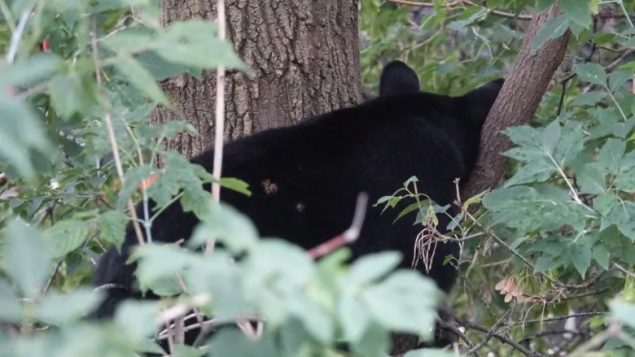 Bear loose in the centre of Canada’s capital

It may be Canada’s national capital, a large urban city, but every once in awhile Canadians are reminded that the wilderness is not far away.

This morning about 3 AM, reports came of a sighting of a grown black bear wandering in what is called “the Byward Market”, a trendy area of shops and restaurants literally mere steps away from Parliament, the National Art Gallery, and the U.S embassy.

Police quickly cordoned off a small area at the start of rush hour and the working day around where the bear was reported to be resting in a tree. 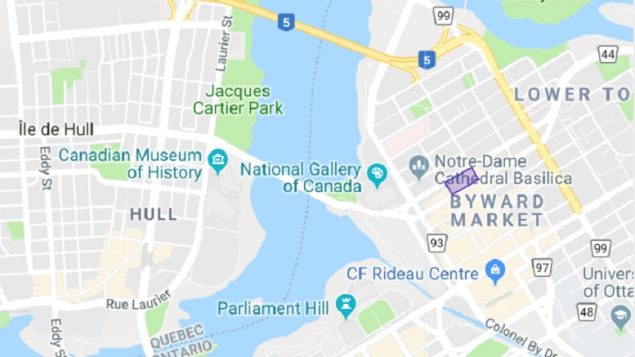 Purple area shows the area blocked off by police in the downtown area of Ottawa, a mere 5 minutes walk from Parliament and even closer to the U.S embassy, and National Gallery, and a major indoor shopping mall. (Google-CBC)

Wildlife officials have arrived with a tranquilizer gun and a large towed bear cage. Once they have the bear, it will be taken to a remote wilderness area to be released. 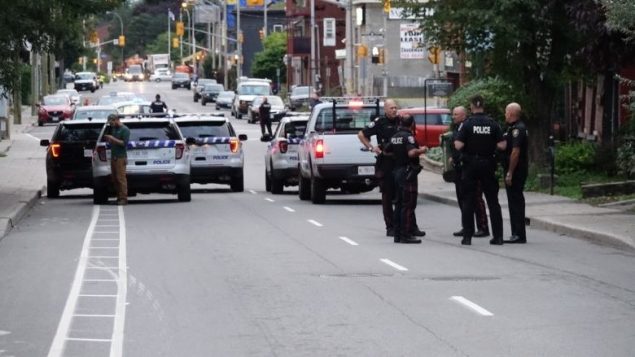 The scene earlier this morning as police cordoned off an area in the popular Byward Market while awaiting for wildlife agents with a tranquilizer gun and bear cage. (Giacomo Panico-CBC)

It has since been tranquilized and removed from the tree successfully.

People on social media were quick to snap up the handle @byward bear and post many funny quips.

Earlier this week another bear was spotted in the city of Gatineau (formerly Hull) situated directly across the Ottawa River in the province of Quebec. 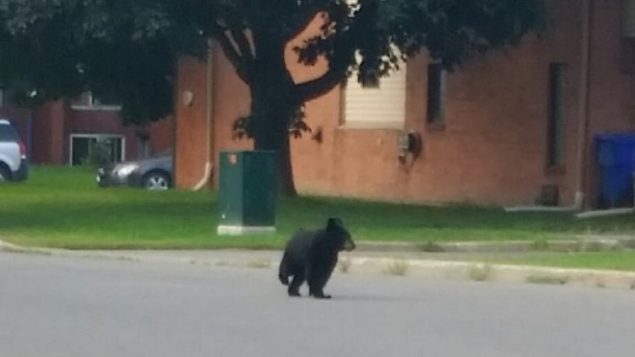 Earlier this week just across the Ottawa River, another black bear was spotted near the hospital in Gatineau (formerly Hull). Agents directed it safely back into the woods. (Anne Lalande-via CBC)

That bear was sighted roaming near a hospital before it was directed back into the woods by wildlife officials.