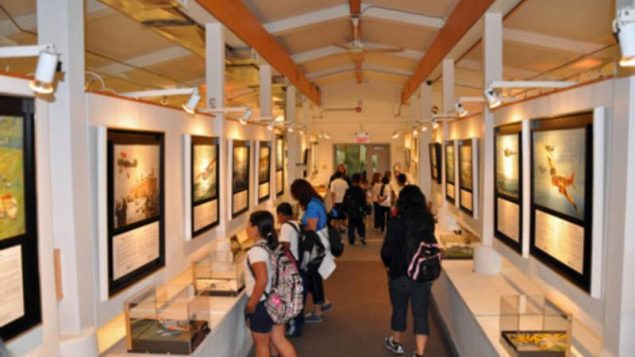 Aviation has been a passion for Gilles Pepin ever since high school when he read everything he could lay his hands on about World War II.

Now he is completing one of his favourites, a CF 104 and the unveiling will coincide with the meeting of the Starfighter’s Association in nearby Vaudreuil, Quebec.

The event will also serve to open the doors to the cultural jewel on the west island of Montreal.

Nestled in McGill’s School of Agriculture, in a converted vintage barn, is where you’ll find Montreal’s Museum of Aviation.

Gilles Pepin says it all began with an art gallery.

Godfrey Pasmore, who founded the original museum, the Canadian Aviation Heritage Centre in 1998, had a large collection of aviation paintings, and he was dedicated to preserving Canada’s aviation history, with a focus on Quebec’s contribution.

Pepin says it’s a history that has to be told, or it will be lost. Canadian pilots were particularly well-trained for the missions.

“They were carrying nuclear weapons, and they flew at 100 feet altitude at almost the speed of sound; they were ducking Russian radar.”

Eight countries flew the CF 104’s and no nuclear weapon was ever lost as they carried dummy missiles on practice missions.

But lives were. Thirty-nine pilots died flying the CF 104. “The nickname of the aircraft was ‘the Widow-maker'”, Pepin tells me. 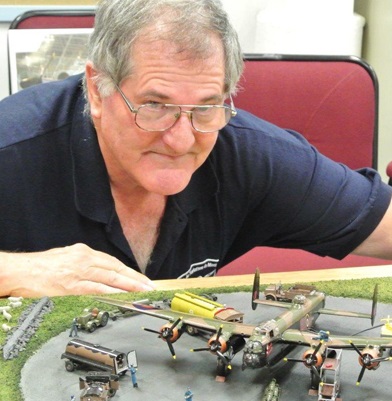 On October 28th, those pilots and mechanics, and all the other lovers of 20th century aviation, will be gathering for the unveiling of Pepin’s model.

And it will be auctioned off, in keeping with his original idea.

The former investment banker explained it all in an interview with Lucas Napier-Macdonald, from his alma mater, Concordia University, where he received his EMBA,

He had approached John Lawson, president of the Montreal Aviation Museum, and pitched a program called, “We Build Heritage,” which would offer exact replicas of aircraft, to scale, to interested donors.” he told Napier-Macdonald.

The museum also has a Veterans Initiative, which provides a veteran with a model of the plane they flew.

“When the veterans see the model of their aircraft on the table, you should see the emotion in their eyes,’ he told Napier-Macdonald in 2016.

“There’s a moment of surprise, and then recognition, and then a little moisture,” Pepin said.

“You know, they flew these aircraft 70 some-odd years ago, and they were shot at. They are the reason you and I are enjoying the liberties we have today.”

Gilles Pepin will continue building the model planes. He has orders for three more.

(With files from the MAM and Concordia University)