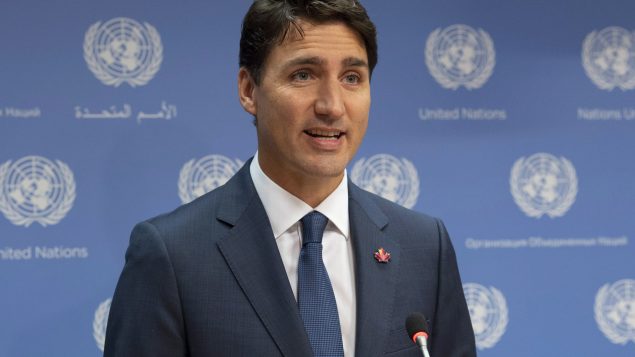 Prime Minster Justin Trudeau said Wednesday Canada will not be rushed into a bad trade deal with the United States and Mexico but he remained optimistic it is still possible to strike an accord that is good for all three countries.

“We will keep working as long as it takes to get to the right deal for Canada,” Trudeau told reporters during a press conference on the sidelines of the UN General Assembly meeting in New York.

On Tuesday, U.S. Trade Representative Robert Lighthizer complained that Canada was not making enough concessions in bilateral talks to renew the North American Free Trade Agreement (NAFTA) and said time was running out before Washington proceeded with a Mexico-only deal.

“We continue to engage in near-continuous negotiations, the conversations are constant and ongoing,” Trudeau said. “We’re very much looking in positive constructive way to getting to a renewed NAFTA that will be a trilateral agreement between Canada, Mexico and the United States.”

Canada has at its disposal a broad range of alternatives and paths to get to that goal, Trudeau said.

Asked about the challenges posed by a U.S. threat of auto tariffs, Trudeau said Canada would need to feel confident “about the path forward as we move forward – if we do – on a NAFTA 2.0,” including a “lack of punitive tariffs that we consider are unjust.”

The Trudeau government has already introduced $16.6-billion worth of countermeasures on imports of American steel, aluminum and consumer products after the White House slapped Canada and others with tariffs on steel and aluminum.

Foreign Affairs Minister Chrystia Freeland has called Washington’s metal tariffs absurd and illegal because they’ve been applied on the premise that Canada represents a national security threat to the U.S.

However, Washington has threatened to impose even more devastating tariffs on Canada’s auto industry under the same national security grounds of the so-called Section 232 of the Trade Expansion Act of 1962.