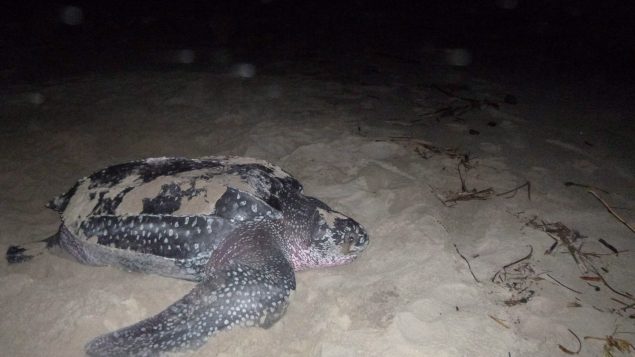 Red Rockette was a leatherback turtle whose impressive travels deepened the understanding of the species’ biology. Canadian government officials have confirmed the female sea turtle found dead off Canada’s Atlantic coast near Digby, Nova Scotia in August 2018 was Red Rockette.

The turtle was first tagged off Nova Scotia in 2012 and scientists traced her migration to Colombia when she went ashore to nest in 2013. She returned to Canadian waters in 2014 and was tracked again in Columbia 2016.

It’s not known what caused Red’s death. She was thought to be “a couple decades old,” reports the Canadian Press wire service. The average lifespan of a leatherback is thought to be at least 30 years. 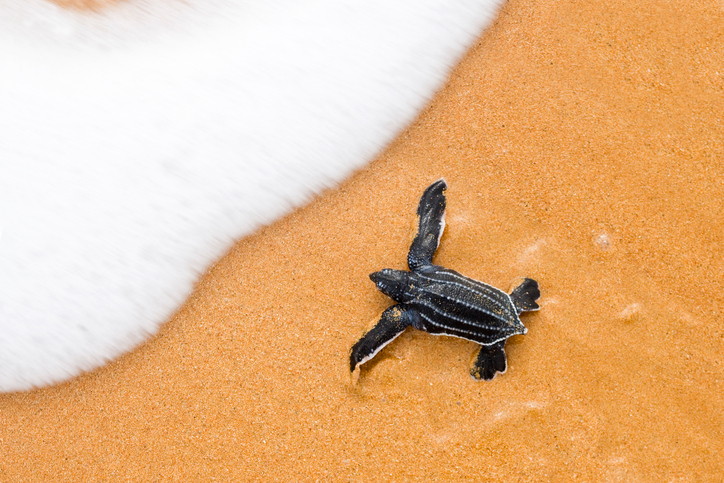 Baby leatherback turtles hatch in southern waters and migrate thousands of kilometres north before returning to nest where they were born. (iStock)

Leatherback turtles weigh about 500 kg and migrate thousands of kilometres from southern nesting grounds to northern waters hunting for their prey of jellyfish. Their primary threat is lost or discarded fishing gear in which they may become entangled. They also risk ingesting some of the tons of plastic that finds its way into the oceans.

Leatherback sea turtles are listed as endangered in Canada and listed as critically endangered around the world by the International Union for the Conservation of Nature.