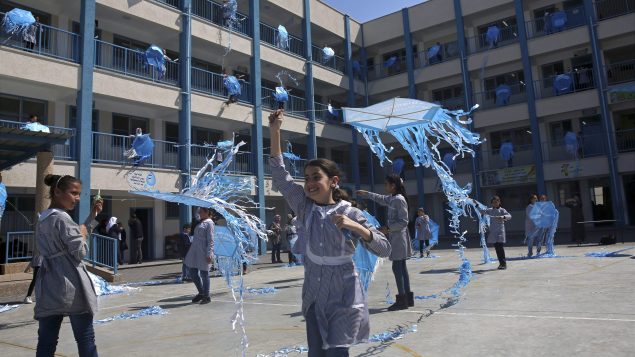 FILE - In this March 12, 2018 file photo, refugee school girls fly kites during an event at the UNRWA Rimal Girls Preparatory school in Gaza City. UNWRA serves some 5 million Palestinians across the Middle East -- including refugees displaced by the war surrounding Israel's establishment in 1948 and their descendants. (Adel Hana/AP Photo/File)

Canada will contribute up to $50 million over two years to the beleaguered UN agency that supports Palestinian refugees after the United States cut its aid, International Development Minister Marie-Claude Bibeau announced Friday.

Ottawa will also provide up to $12.5 million over five years for Right to Play International to support Palestinian refugees in the West Bank and Gaza, Bibeau said.

The United Nations Relief and Works Agency for Palestine Refugees in the Near East (UNRWA), which saw most of its funding cut by the administration of U.S. President Donald Trump earlier this year, will get the bulk of the money.

The UN agency was founded in 1949 after the first Arab-Israeli war, in the wake of the exodus of around 700,000  Palestinian refugees who fled or were driven out of Israel on its founding as a state in 1948.

UNRWA now looks after more than 5 million people in Jordan, Lebanon, Syria and the Palestinian territories of the West Bank and Gaza Strip. 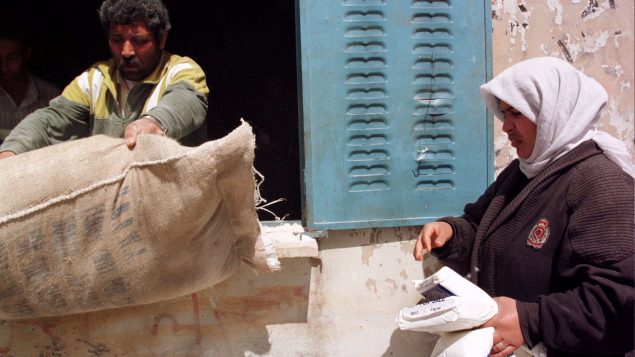 A Palestinian woman holds bags of powdered milk from the European Community as a worker inside the United Nations Works and Relief Agency (UNWRA) pushes a sack of flour out from the warehouse for the woman March 17. (REUTERS)

Canada will contribute up to $40 million to UNRWA to meet the basic education, health and livelihood needs of millions of Palestinian refugees, especially women and children, Bibeau said.

The funding will also contribute to stability in the region by providing basic services to people whose needs would otherwise be unmet, she added.

Furthermore, up to $10 million of Canada’s support will provide emergency life-saving assistance to more than 460,000 Palestinian refugees in Syria and Lebanon, through UNRWA’s Emergency Appeal for the Syria regional crisis, Bibeau said.

“Canada’s new funding will contribute to improving the lives and protecting the human dignity of millions of Palestinian refugees,” Bibeau said in a statement.

This support will help to send hundreds of thousands of children to school, train teachers and support over a hundred health clinics, she added.

“This new funding to UNRWA is urgently needed, and it will bring some predictability to the agency as the needs on the ground are increasing,” Bibeau said.

Since 2016, Canada has committed $110 million in support for UNRWA. 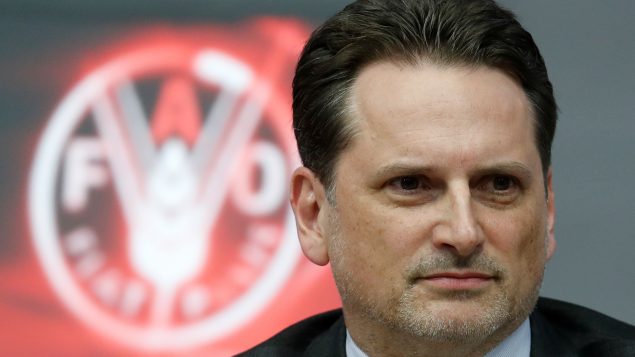 Canada’s funding will also assist UNRWA with its ongoing efforts to improve neutrality within the agency and its operations, she said.

“This assistance demonstrates how Canada and UNRWA are working together to ensure respect for the humanitarian principles of humanity, neutrality, operational independence and impartiality,” Bibeau said. “This is essential to the effective delivery of its work and to Canada’s continued support.”

Critics of the agency, whose staff on the ground consists of mostly Palestinians, have accused it breaching the UN principles of neutrality and impartiality and of exaggerating the numbers of Palestinian refugees.

Some in Israel and in the U.S. feel the agency perpetuates the Palestinian refugee problem and has become a major obstacle to peace in the Middle East.

In January 2018, the Trump administration reduced its annual contribution to UNRWA by $300 million. In August, the U.S. announced that it would not fund UNRWA anymore.

The U.S.-based Foreign Policy magazine said a senior adviser to President Trump called for a “sincere effort to disrupt” the agency.

“I deeply regret the decision, especially since the U.S. has been a long-standing partner to UNRWA,” Pierre Krähenbühl, Commissioner General of UNRWA, said at a press briefing in Brussels on Tuesday. “The decision was taken for political reasons and not because of dissatisfaction with UNWRA’s performance.”

Krähenbühl said UNRWA was facing an unprecedented shortfall of $446 million US since the beginning of the year.

Thanks to contributions from the European Union and a number of Gulf states that shortfall has now been reduced to $66 million US, he said.

Krähenbühl also rejected allegations that UNRWA has been perpetuating the conflict and blocked integration of the Palestinian refugees.

“It is the failure to end conflicts that prolongs refugee situations and denies refugees the choice to define a dignified future of their own,” Krähenbühl said.