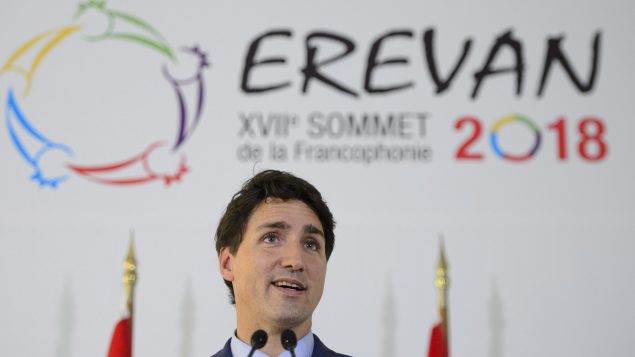 Khashoggi, a Washington Post columnist and a prominent critic of the kingdom’s mercurial crown prince, walked into the Saudi consulate in Istanbul, Turkey, on Oct. 2 to get paperwork for his upcoming marriage with his Turkish fiancée. He hasn’t been seen in public since.

Multiple reports suggest Khashoggi was tortured, killed and dismembered inside the Saudi consulate by a specially dispatched hit squad. 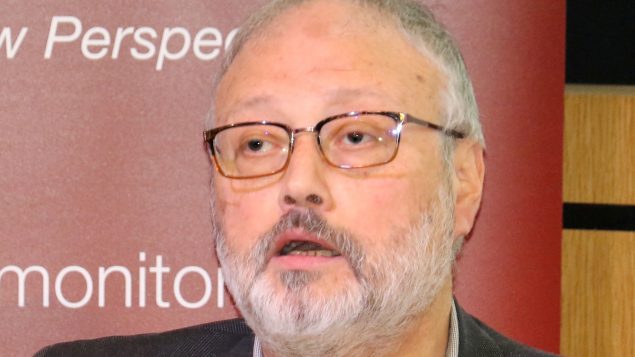 Authorities in the oil-rich kingdom firmly deny any involvement in Khashoggi’s disappearance, claiming he left the consulate that afternoon. However, Turkish police and Khashoggi’s fiancée, Hatice Cengiz, who was waiting outside, say he didn’t re-emerge.

Speaking to reporters in Yerevan, Armenia, Trudeau said he shares the mounting anxiety over Khashoggi’s fate.

“This particular case is, of course, of concern, and we join with our allies around the world in expressing serious issues with these reports,” he said today during a closing news conference at the Francophonie summit in Yerevan.

“Obviously there is a lot more to uncover on what happened here, so I’m not going to comment too much on this.”

Trudeau also pushed back against criticism of his government’s handling of diplomatic relations with Saudi Arabia, expressed by Canada’s former ambassador to Riyadh.

Dennis Horak was expelled from the kingdom in August following a tweet by Foreign Affairs Minister Chrystia Freeland, calling for the immediate release of two jailed women activists. 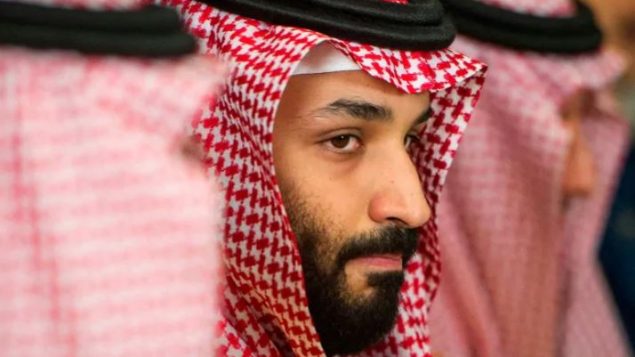 Saudi Arabia’s diplomatic row with Canada had Crown Prince Mohammed bin Salman, respond with harsh measures, including the forced return of as many as 1,000 of its medical students across Canada .(Cliff Owen/AP)

Saudi Arabia took a number of drastic diplomatic and economic measures designed to punish Canada for what Riyadh said was a “blatant interference” in its internal affairs, including blocking imports of Canadian grain, and ending state-backed educational and medical programs in Canada, as well as cancelling flights to and from Canada.

In an interview with CBC’s The National, Horak, who was on vacation in Canada when the crisis erupted, said he was not impressed with Ottawa’s “Twitplomacy.”

No one from Freeland’s office consulted him about the tweet and he would have advised against such a strong wording that went “a step too far,” said Horak, who subsequently retired after more than 30 years of foreign service.

“We have been extremely active – both in private and in public – over many years now around our concern for human rights in Saudi Arabia,” Trudeau said. “Regardless with whom, we will always endeavor to do it in a constructive way but we will ensure that people know that Canada is unequivocal in standing up for human rights everywhere, all the time.”