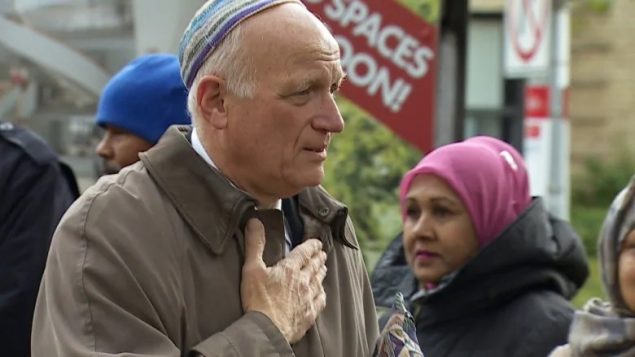 Congregants of Holy Blossom Temple greet those of other faiths who turned out Saturday morning in a show of support for Toronto's Jewish community. The events were put together by a number of Muslim organizations in the GTA. (Keith Burgess/CBC)

Canadians of different faiths came together this weekend to show solidarity with Jewish Canadians in the wake of the attack on the Tree of Life Synagogue in Pittsburgh, PA., a week ago Saturday.

Eleven worshippers were killed and six others, including four policemen, were wounded. 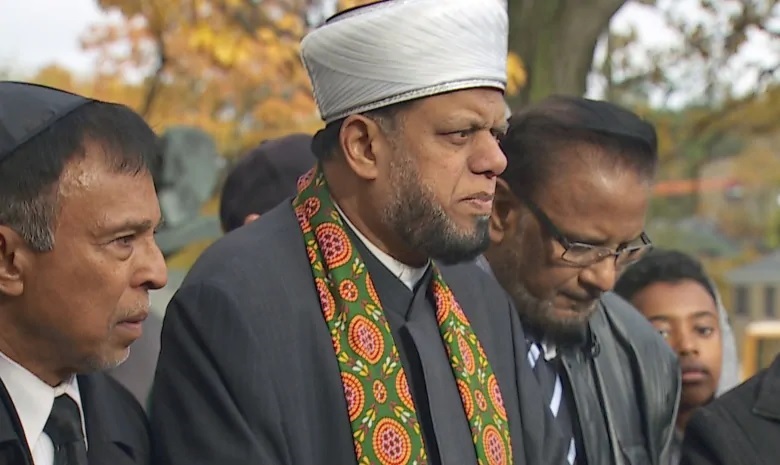 Muslim community leaders recite an opening prayer and a welcome to all those who showed up at Holy Blossom Temple. The assembled group spoke about the kinds of violence that various religious groups face. (Keith Burgess/CBC)

So-called “Rings of Peace” formed around seven Toronto on Friday and Saturday with some 200 multi-faith worshipers standing shoulder-to-shoulder.

The demonstrations were organized by the National Council of Canadian Muslims working together with mosques across Toronto.

“It’s about the sanctity of Life,” Farhad Khadim, one of the founding directors of the Islamic Institute of Toronto, told the Huffington Post. 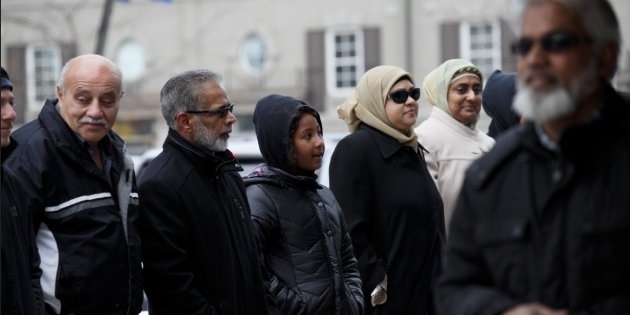 “It could be a mosque or a synagogue or a nightclub. It doesn’t matter. Life is sacred.”

Khadim recalled how he was hesitant to attend prayers at his mosque in the aftermath of the Quebec City mosque attack in January 2017 that saw six worshippers killed until members of Toronto synagogues and churches formed protective circles around his mosque and others.

He said this weekend’s actions was just one way to return the favour.

Joanna Sadolwski, a member of the Holy Blossom Temple, said she was deeply moved by the shows of support.

“It was moving and very, very beautiful” she told CBC News.