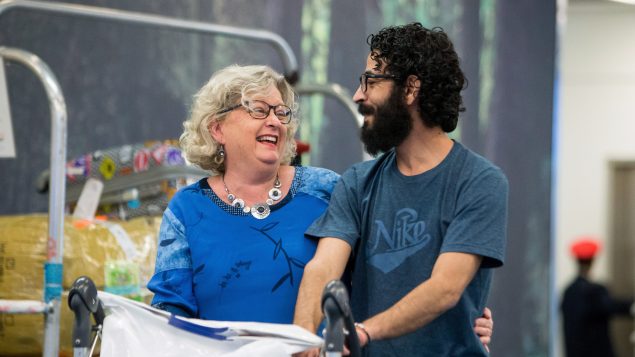 A Syrian man who was stranded for seven months at the Kuala Lumpur International Airport and then spent two months at a Malaysian immigration detention centre arrived in Vancouver on Monday night.

Hassan Al Kontar was greeted at the Vancouver International Airport by a group of supporters who had worked for months to try to get him admitted to Canada as a refugee.

Al Kontar’s Canadian supporters had also set up a GoFundMe page for him to raise money for his flight to Canada and living expenses once he arrives.

The fundraising page says the 36-year-old was refused a new Syrian passport in 2012 when he working in the United Arab Emirates and was facing military service in his home country, which he refused.
Between 2012 and 2017, it says he was without status in the UAE and lost his job.

The fundraising page says he went to Malaysia, where Syrians do not need a visa, in October 2017.

The page says he was given a document allowing him to stay in Malaysia for three months, although he could not work. He tried unsuccessfully to leave the country and was sent back to Kuala Lumpur, where he remained in the arrivals terminal after he overstayed his visa.

Speaking to CBC News shortly after his arrival, Al Kontar said he will try his best to integrate in Canada.

“I will try to be a valid member of this community and I will always respect their methods, their ways of lives, I will educate myself about their history and about traditions as well, and I will fit as soon as I can in this lovely community,” Kontar told CBC News. “And one day when I have children, I will absolutely tell them that not to forget that the Canadian people helped me and changed my life and theirs as well.”