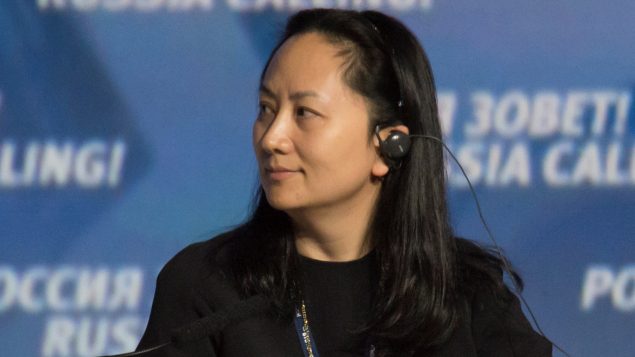 China is demanding the immediate release of Meng Wanzhou, chief financial officer at Chinese telecommunications giant Huawei Technologies, who was arrested in Canada at the request of the United States.

“The Chinese side has lodged stern representations with and made clear its stern position to the Canadian side and the U.S. side respectively on this, demanding them to immediately clarify the reason for the detention, immediately release the detainee and earnestly protect the legal and legitimate rights and interests of the person involved,” Chinese Foreign Affairs Ministry spokesperson Geng Shuang told reporters Thursday.

Speaking to reporters in Montreal Prime Minister Justin Trudeau said he had “a few days” advanced notice of the arrest but he insisted his office was not involved in the decision to arrest Meng.

“I can assure everyone that we are a country of an independent judiciary and the appropriate authorities took the decision in this case without any political involvement or interference as must be the case,” Trudeau said.

“However, this is a case, obviously, before the courts upon which there is a publication ban and it would be inappropriate for me to comment further.”

Meng, who is also deputy chair of Huawei’s board and the daughter of company founder Ren Zhengfei, was arrested in Vancouver on Dec. 1 and is facing extradition to the U.S., justice department spokesperson Ian McLeod said in a statement to Radio Canada International.

A bail hearing in her case has been set for Friday at 10am at the British Columbia Supreme Court, McLeod said.

“This is separate from extradition hearings, which have not been scheduled,” he said. 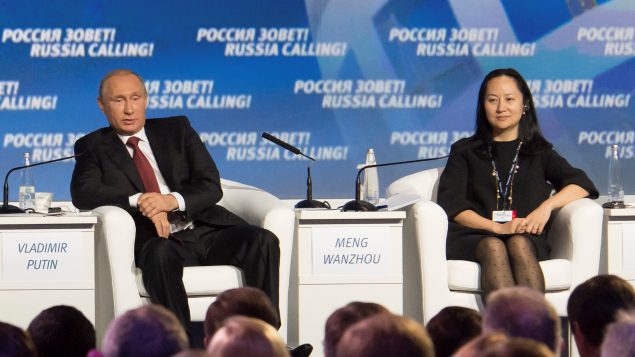 In a statement sent to Radio Canada International Huawei said Meng faces “unspecified charges in the Eastern District of New York,” and she was detained when she was transferring flights in Canada.

“The company has been provided very little information regarding the charges and is not aware of any wrongdoing by Ms. Meng,” the statement said. “The company believes the Canadian and U.S. legal systems will ultimately reach a just conclusion.”

Prosecutors in New York are investigating whether Huawei violated U.S. sanctions against Iran, according to the Wall Street Journal.

Geng said Meng had been provided consular assistance in Canada and said her detention amounted to a human rights violation.

“China asked Canada to effectively protect the safety, humanitarian treatment and legitimate rights and interests of Chinese citizens. A detention without giving clear reasons, I think it surely violates the human rights of the person,” Geng said.

Stock markets tumbled on the news, fearing renewed U.S.-Chinese tensions that threaten global economic growth. Hong Kong’s Hang Seng lost 2.5 per cent while Japan’s benchmark Nikkei 225 Stock Average fell 1.91 per cent after losing as much as 2.79 per cent. The DAX in Germany sank 1.8 per cent.

It is unclear how Meng’s detention will impact an apparent thaw in U.S.-China relations following the G20 summit at the weekend.

On Sunday, Chinese President Xi Jinping and U.S. President Donald Trump pledged to bring an end to the trade war that erupted in July. 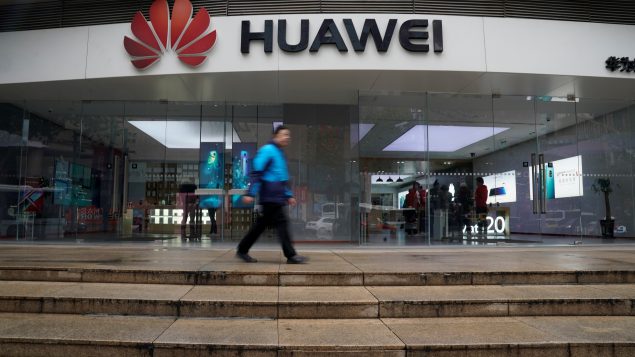 A man walks by a Huawei logo at a shopping mall in Shanghai, China December 6, 2018. (Aly Song/REUTERS)

The Trump administration, however, has put pressure on Canada and other allies not to use Huawei equipment in their new 5G telecommunications networks.

On Wednesday, British telecoms group BT confirmed that it would not buy equipment from Huawei.

At the same time Geng said China is not bound by unilateral U.S. sanctions.

“As a permanent member of the UN Security Council, China has been faithfully and strictly implementing all the resolutions adopted by the Security Council,” Geng told reporters in Beijing. “Meanwhile, we oppose the imposition of unilateral sanctions by certain country outside the framework of the Security Council. This position is consistent and clear-cut.”