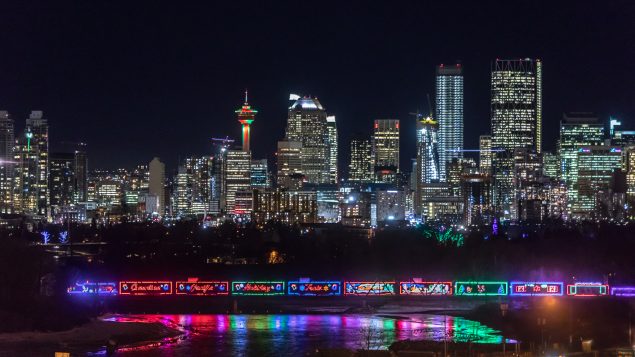 CP’s Holiday Train is travelling across the country as the winter begins to set in.

An annual event now in its 20th year, the Holiday Train has raised more than $14.5 million (CDN) and 4.3 million pounds of food for North American food banks.

Everything raised in a community where the train makes a stop, stays in that community. In addition, CP makes a donation at each stop.

There are two trains that leave from Montreal: one that travels west across much of Canada, and the other that goes south of the border to travel through some of the northern United States. 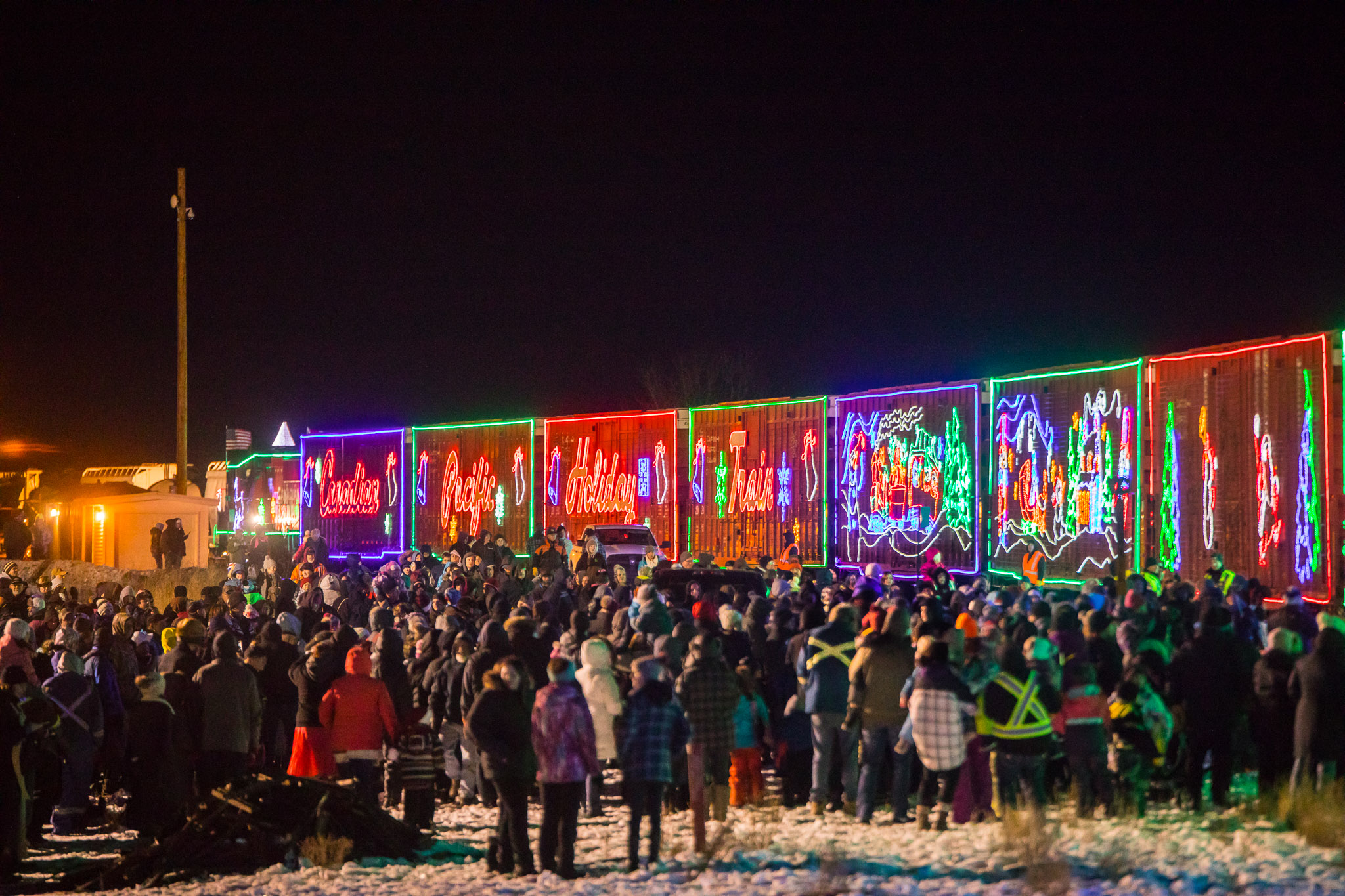 CP operates in over 1,100 communities, and our 12,000 employees are very proud of the Holiday Train program, the company says.

Those brightly lit cars open up to reveal some great entertainment for the crowds that gather to get a look at the spectacle, and perhaps donate some food or money.

Tonight the train will make stops in Moose Jaw, and Swift Current, Saskatchewan, where country singing star Terri Clark will entertain, along with Sierra Noble and Kelly Prescott.

Then it will continue its westward journey to British Columbia for it’s final show of the 2018 CP Holiday Train tour, in Port Coquitlam on December 18, when the Sam Roberts Band will be performing, along with Kelly Prescott, Tracey Brown and Tyson Venegas.