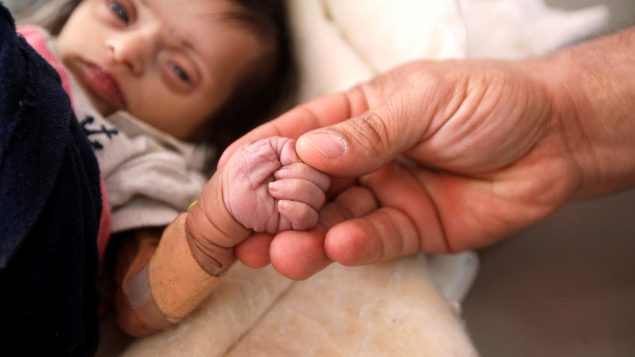 As delegates from Yemen’s warring parties meet in Sweden for talks to find a solution to the conflict that has ravaged the country for nearly four years, international NGOs are sounding the alarm over a catastrophic famine facing almost a quarter of a million of Yemenis if the war continues for much longer.

According to a report released Thursday, 240,000 people are living in famine-like conditions in Yemen.

Over 70 per cent of the population – 20 million people – are living in emergency or crisis levels of food insecurity, with 9.8 million in need of immediate assistance.

“The situation that is happening in Yemen right now is catastrophic,” said Maxime Michel, head of humanitarian programs at CARE Canada. “We’re looking at a population of 30 million people where more than two-thirds of the population is in absolutely dire condition and millions of people are going hungry.”

The areas experiencing catastrophic food insecurity are those affected the most by conflict and fighting, Michel said in a phone interview from Ottawa.

“The war in Yemen has been absolutely devastating to civilians, we hear it every day from our team,” Michel said. “There is a need for a peaceful solution to this crisis for people to stop suffering. It’s just really-really catastrophic what we’re hearing.” 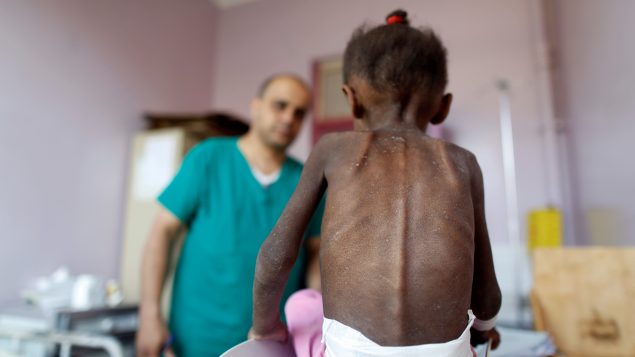 CARE’s staff in Yemen, most of whom are locals, have been witnessing severe malnutrition, hunger and food insecurity for many months now, Michel said.

“The situation for our staff in Yemen has been absolutely devastating,” Michel said. “Every day they’re seeing horrific things, they’ve been affected by airstrikes or attacks, they’re helping people that are in some absolutely heartbreaking conditions… the issue is that it’s now getting worse for them as well, they’re also starting to struggle to feed their families.”

Many of them have been displaced from their homes by fighting and the general insecurity, she said.

Women and girls bear the brunt 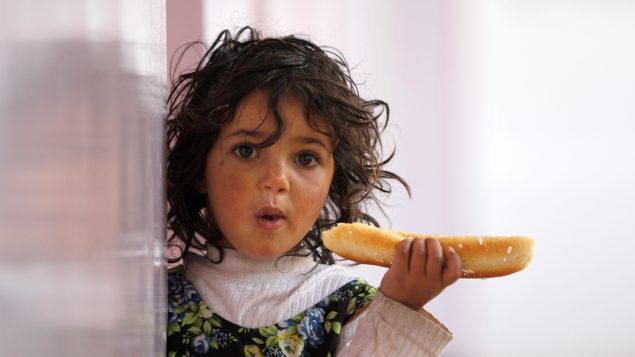 However, it’s Yemen’s women and girls, who are bearing the brunt of food insecurity, often giving up meals so that men and boys can eat, Michel said.

Also, as more and more men are killed by the fighting, the country has also seen an increase in female-headed or child-headed households, she said.

Many women have told CARE staff how soaring food prices and insecurity mean they and their families often go days without eating, Michel said.

One woman told CARE field staff that situation is so bad every night she wishes the sun would not rise again, because she just can’t face her hungry children in the mourning without any food to feed them with, Michel said.

According to CARE, there are currently around 1.1 million pregnant or breast-feeding women and 1.8 million children who are acutely malnourished, including 400,000 children under five suffering from severe acute malnutrition. 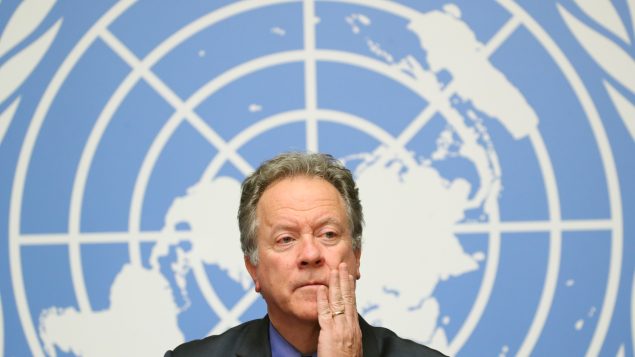 The release of the IPC report also coincides with the UN’s biggest ever single country appeal. UN agencies say they need a record $4 billion US to help the people of Yemen.

CARE is also calling for an additional $20 million US to be able to scale up its food assistance and other humanitarian assistance, Michel said.

“Our teams are currently supporting a million people every month,” she said.

About 250 CARE workers support the most vulnerable households with cash and vouchers. But with food prices growing daily and the local currency rapidly depreciating, international NGOs like CARE need more resources.

CARE is also directly providing food, in partnership with the World Food Programme in northern and southern Yemen, Michel said.

But the food baskets delivered by CARE cover only 80 per cent of recommended daily calorie intake, she said.

“We all obsess over our calories every day, well in this kind of situation people are just not meeting the recommended calories every day and with the currency change they are having trouble making up the difference of what’s not provided in those food baskets.”