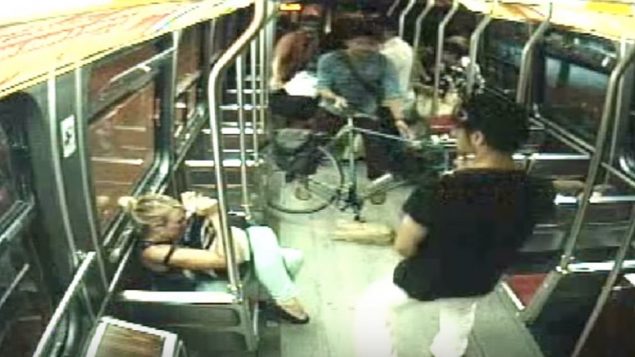 Image from TTC video Cam2 at rear of car, showing Yatim scaring passengers off. He notices the woman to his left and a man hiding behind the seat to his right, but walks past. They then escape out the rear door. The driver remained aboard for a short time (TTC-TorStar-Youtube)

Canada’s highest court has decided on a “leave to appeal” ( a request to appeal and be heard by the highest court) in the case of a police shooting.

This morning the SCC released its decision that it will not hear James Forcillo’s appeal of his conviction and six-year sentence for shooting 18-year-old Sammy Yatim to death on an empty Toronto streetcar. 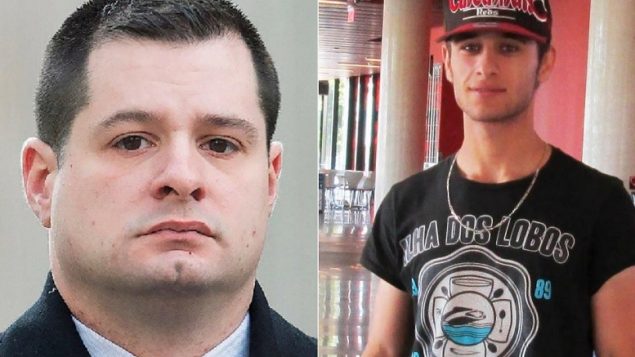 The teenager had been brandishing a 10cm knife, and had exposed himself aboard a Toronto Transit streetcar (Trolley)  on July 27, 2013.

After the frightened passengers had all quickly escaped the vehicle. Yatim had a conversation with the driver who at one point exited the trolley and then re-boarded for a few moments,before police arrived.

A little over a minute later, Yatim was dead. 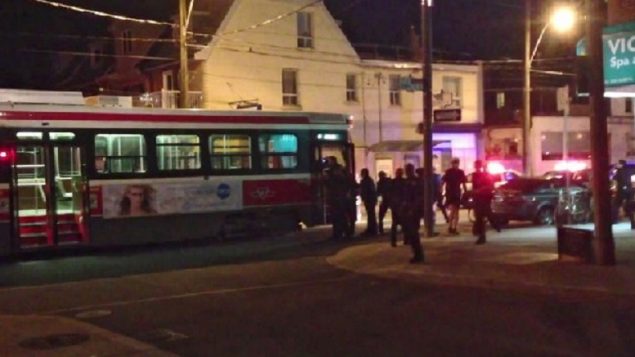 It was later confirmed that there was an amount of drugs in his system.

Video of the incident initially posted from a bystander’s mobile phone, caused public outrage over the shooting,

Const. Forcillo was later charged with second degree murder.  He was subsequently acquitted of the charge for the first volley of shots, but was convicted of attempted murder for the second volley fired several seconds later while Yatim was already down and dying in the empty streetcar. 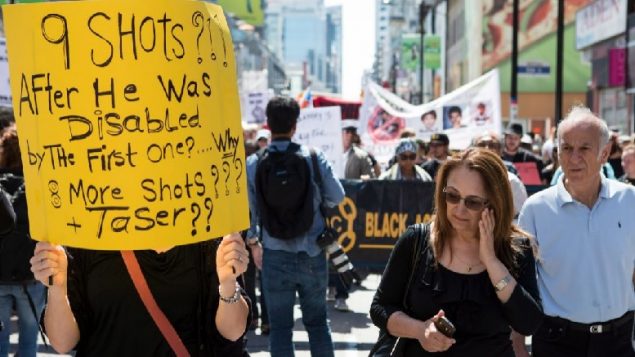 Public outrage over the shooting was high after the citizen’s video was made public.Protests outside Toronto police headquarters following the shooting of Sammy Yatim in the summer of 2013. (Chris Young/CP)

The case was appealed by Forcillo’s lawyer, but the Ontario Court of Appeal, dismissed it saying the second volley was “clearly unnecessary and excessive”. That decision was appealed to the Supreme Court which indicated today it would not hear the case, meaning Forcillo will have to serve his sentence

Forcillo was recently convicted of perjury and had six months added to his sentence.