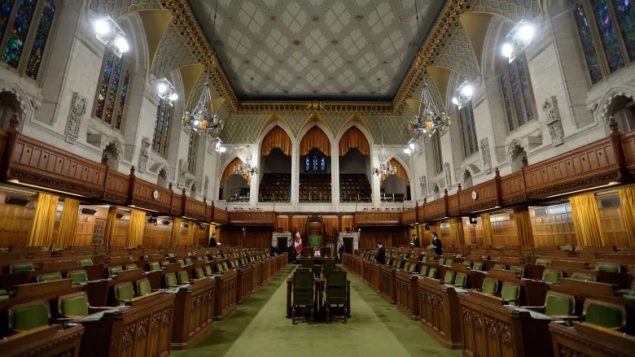 Canada's House of Commons. Floor crossing is when a member rejects their party and "crosses the floor to sit as a member of an opposing party on the opposite side of the room. (Sean Kilpatrick- CP)

The practice is called “crossing the floor”. It’s when an elected politician, usually at the provincial or federal level, decides they are dissatisfied with their chosen party and move “across the floor” to join an opposing party. 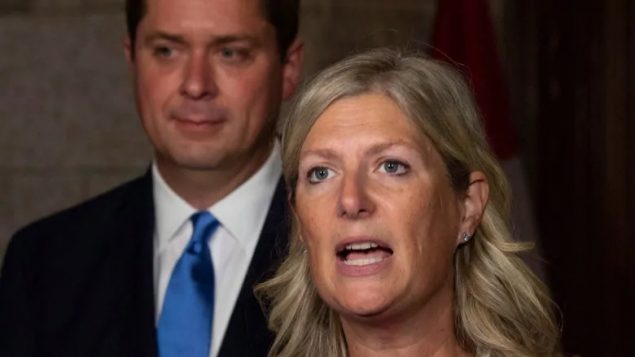 One of the latest floor crossings was in September. Conservative Leader Andrew Scheer looks on as MP Leona Alleslev speaks to the media. Alleslev left the Liberal benches to join the Tories, citing her dissatisfaction with the government’s leadership on key files like the economy and foreign affairs. (Adrian Wyld/Canadian Press)

But there have often been protests raised by constituents who say they elected that person for their party affiliation and platform and that elected members deciding on their own to switch parties, negates citizens voting choice.

The Angus Reid poll finds some 41 per cent saying it’s ok to cross the floor, while 42 per cent are opposed. 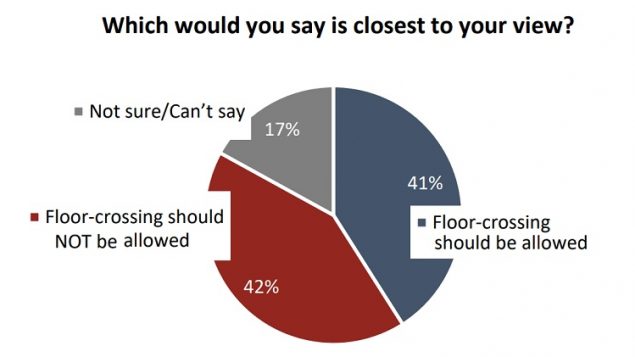 Of the segment of respondents who are against floor crossing, the clear majority say the politician should resign and contest a by-election as a member of the other party (55%). A substantial per cent say the politician who disagrees with their party should sit out their term as an independent (29%), while a smaller per cent says the seat should be vacated entirely until the next election (16%).

At the federal level in Canada, where floor crossing has occurred on a rare but occasional basis almost since the beginning of Confederation, there are no rules preventing it.

While the situation is the same for mos provinces, in 2006 the province of Manitoba passed legislation preventing floor crossing to another party, instead requiring party defectors to sit as independents for the remainder of their term. 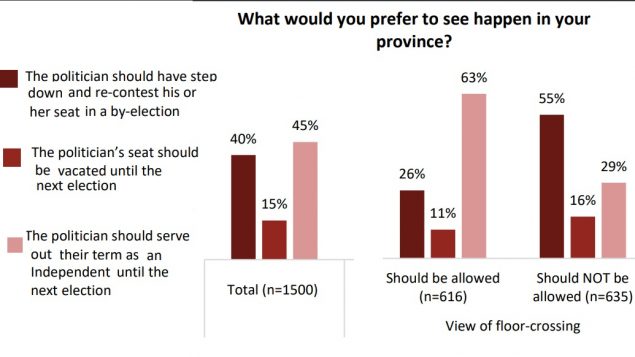 New Zealand had a law for several years (2001-2006) requiring party defectors to step down, That country is reconsidering a reintroduction of that policy.

India also has laws preventing switching party affiliation, with a 2003 law saying the member is disqualified from parliament if they give up membership in their original party. Israel, Portugal and Trinidada-Tobago, have similar laws as do countries like Mexico, Bulgaria, Hungary, Hungary, Ukraine, Romania, and a few others.