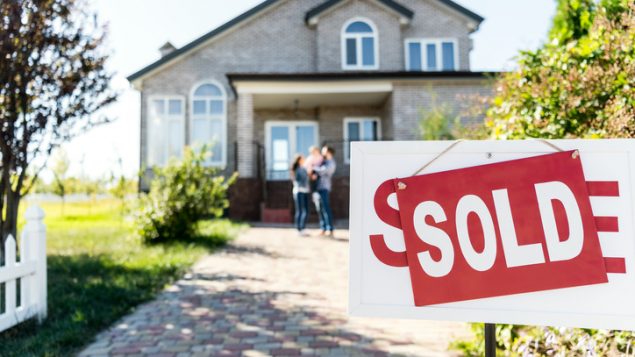 The Canadian Real Estate Association says the average price for a home sold last month fell to $488,000, down 2.9 per cent compared with November 2017. (iStock)

National home sales are projected to post a double-digit decline in 2018, falling to the lowest level in five years despite Canada’s growing population and record low unemployment, according to the latest forecast released Monday by the Canadian Real Estate Association (CREA).

And in 2019, home sales activity and prices are expected to be reined in further by growing interest rates and recent policy changes from different levels of government, the CREA forecast said. 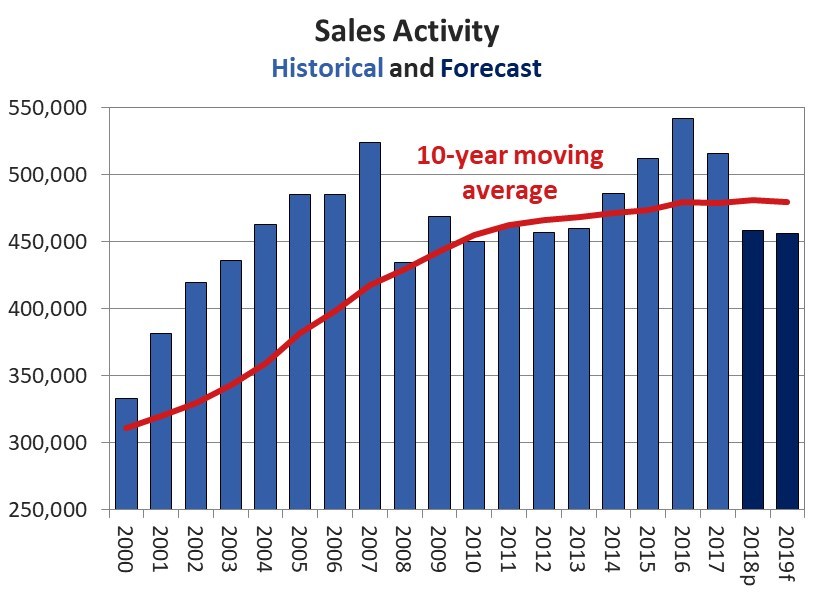 CREA had to revise downwards its September forecast as an anticipated rebound in sales in British Columbia, one of the two hottest real estate markets in Canada, failed to materialize. At the same time recovery in Ontario sales has run its course, while sales activity in Alberta has also edged lower.

“While national home sales were anticipated to recover in the wake of a large drop in activity earlier this year due to the introduction of the stress-test, the rebound appears to have run its course,” Klump said.

By contrast, activity remains historically strong in Quebec and in the Maritimes, particularly in New Brunswick, the forecast said.

The national average price is forecast to rebound by 1.7 per cent to $496,800 in 2019, reflecting average price growth ahead of consumer price inflation in Ontario, Quebec, New Brunswick and Nova Scotia along with a rebound in Ontario sales activity as a share of overall national sales.

British Columbia, Manitoba and Prince Edward Island are projected to post more modest gains. By contrast, prices are forecast to continue to fall in 2019 in Alberta, Saskatchewan and Newfoundland and Labrador, the report said.