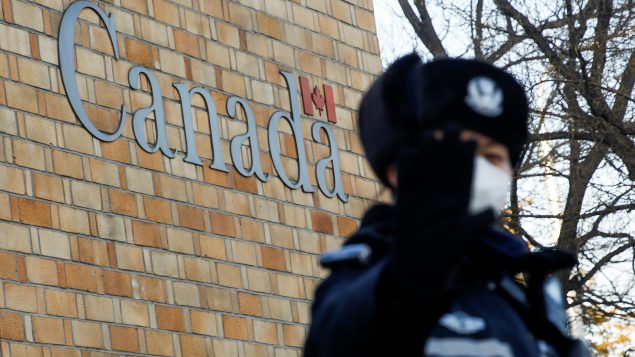 A police officer gestures at the photographer outside the embassy of Canada in Beijing, China, Dec. 12, 2018. (Thomas Peter/REUTERS)

The arrest of a third Canadian citizen in China doesn’t seem to be related to the case of Huawei executive Meng Wanzhou who was arrested in Canada at the request of U.S. authorities earlier this month, Prime Minister Justin Trudeau said on Wednesday.

Trudeau made the remarks during his year-end news conference in Ottawa after earlier in the day officials from Global Affairs Canada confirmed that a third Canadian had been arrested by Chinese officials.

“The others arrested … were accused of serious crimes, problems regarding national security, intelligence, so those cases are more serious,” Trudeau said in French.

“We’ve only got the preliminary indications … that it’s not linked to a matter of national security for the Chinese. The two situations are very different.”

The allegations of national security problems are very different from a routine case or a problem with a visa or something of that nature, Trudeau added.

Meng was arrested in Vancouver on Dec. 1 on a U.S. arrest warrant. She was released on bail to await the results of extradition hearings to the U.S., where she’s facing charges of violating American sanctions on Iran.

Meng’s arrest and China’s apparent retaliation has brought a deep chill in relations between the two countries.

Beijing and Ottawa iced the planned visit by Canada’s Tourism Minister Melanie Joly to cap off the Canada-China Year of Tourism. 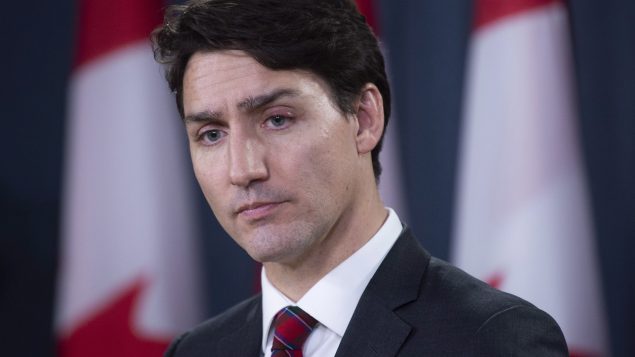 Throughout the press conference Trudeau, who had championed improved trade relations with China, was repeatedly asked whether he plans to personally engage with the Chinese leadership to secure the release of detained Canadians.

Trudeau said one of the lessons he has learned throughout his three years in office and having to deal with complex consular issues is that every case is different and one cannot use “one-size-fits-all cookie cutter approach” to all of them.

When he was in opposition, Trudeau said he remembers challenging his predecessor Conservative prime minister Stephen Harper in the House of Commons to get on the phone with his counterpart and “get this Canadian released.”

“I now understand that it’s always a lot more complicated than that,” Trudeau said. “Sometimes politicizing or amplifying the level of public discourse on this may be satisfying in the short term but would not contribute to the outcome we all want, which is for Canadians to be safe and secure.”