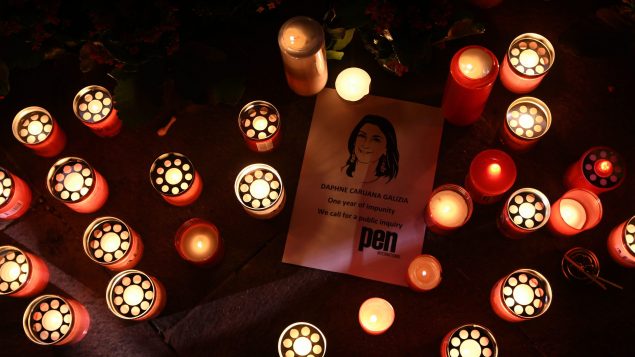 A vigil was held in Valletta, Malta on Oct. 16, 2018 after the murder of Caruana Galizia who had probed money-laundering and corruption in that country. (Jonathan Borg/AP Photo/file)

The number of journalists killed for the work they do nearly doubled this year, according the the New York-based Committee to Protect Journalists. At least 53 journalists were killed somewhere in the world between January 1 and December 15, 2018. Of those, at least 34 were murdered, 11 died in combat or crossfire and others perished on dangerous assignments such as covering protests that turned violent.

The deadliest place for journalists was Afghanistan where 13 were killed. The group says that in recent years, extremists have launched major bombings in that country, then detonated a second explosion  “with the apparent express aim of killing journalists and other first responders.” It also notes that on April 30, 2018, in one of this kind of attack, a suicide bomber disguised himself as a media worker and set off a blast amid a group of reporters killing nine of them. 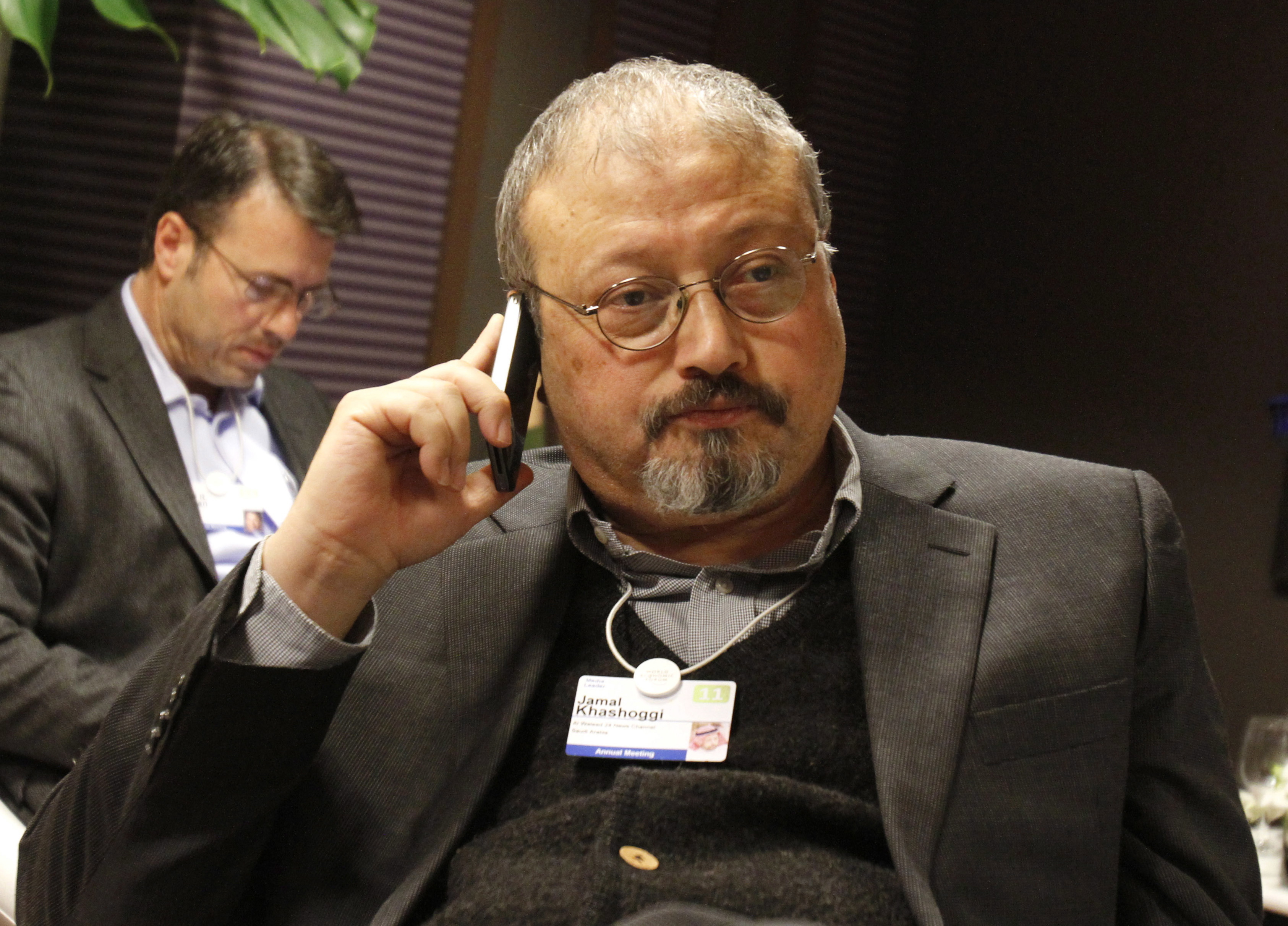 The murder of Saudi Arabian journalist Hamal Khashoggi was singled out as ‘the most illustrative case’ of a lack of world leadership on journalists’ rights and safety. (Virginia Mayo/AP Photo/Jan. 29, 2011)

Syria and Yemen are also considered among the most dangerous countries and, for the first time, the U.S. was included in the list of five deadliest countries. Six journalists died including four killed when a gunman shot up the offices of a newspaper in Maryland on June 28.

The Committee to Protect Journalists said the most illustrative case of a lack of international leadership on journalists’ rights and safety was “the brazen murder of Washington Post columnist Jamal Khaashoggi” at the Saudi Arabian consulate in Istanbul by Saudi agents in October. It notes that the U.S. Whitehouse which was “traditionally a strong defender of global press freedom, has equivocated on the blame for Khashoggi’s murder despite, according to the Post, CIA conclusions that only the crown prince could have ordered such an operation.”