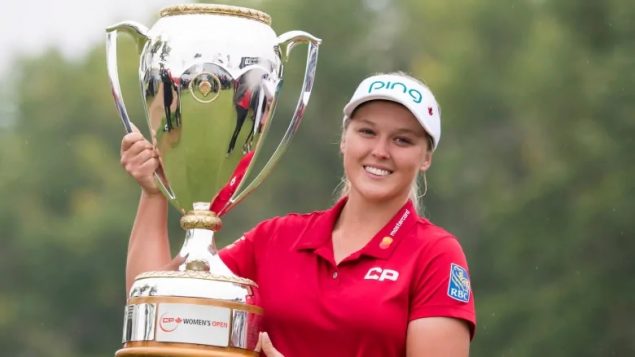 Brooke Henderson, winner of the Rosenfeld Award as Canada's top female athlete in 2018, hoists the trophy after winning the CP Women's Open in Regina on August 26. THE CANADIAN PRESS Jonathan Hayward

To no one’s surprise, golfer Brooke Henderson has won the Canadian Press’s Bobbie Rosenfeld Award as Canada’s female athlete of the year.

It’s the second straight year Henderson has won the award and the third time in the last four years.

Henderson, who is 21 and lives in Smiths Falls, Ontario, won 30 of 54 votes (55.6 per cent) in a poll of broadcasters and editors across the country. 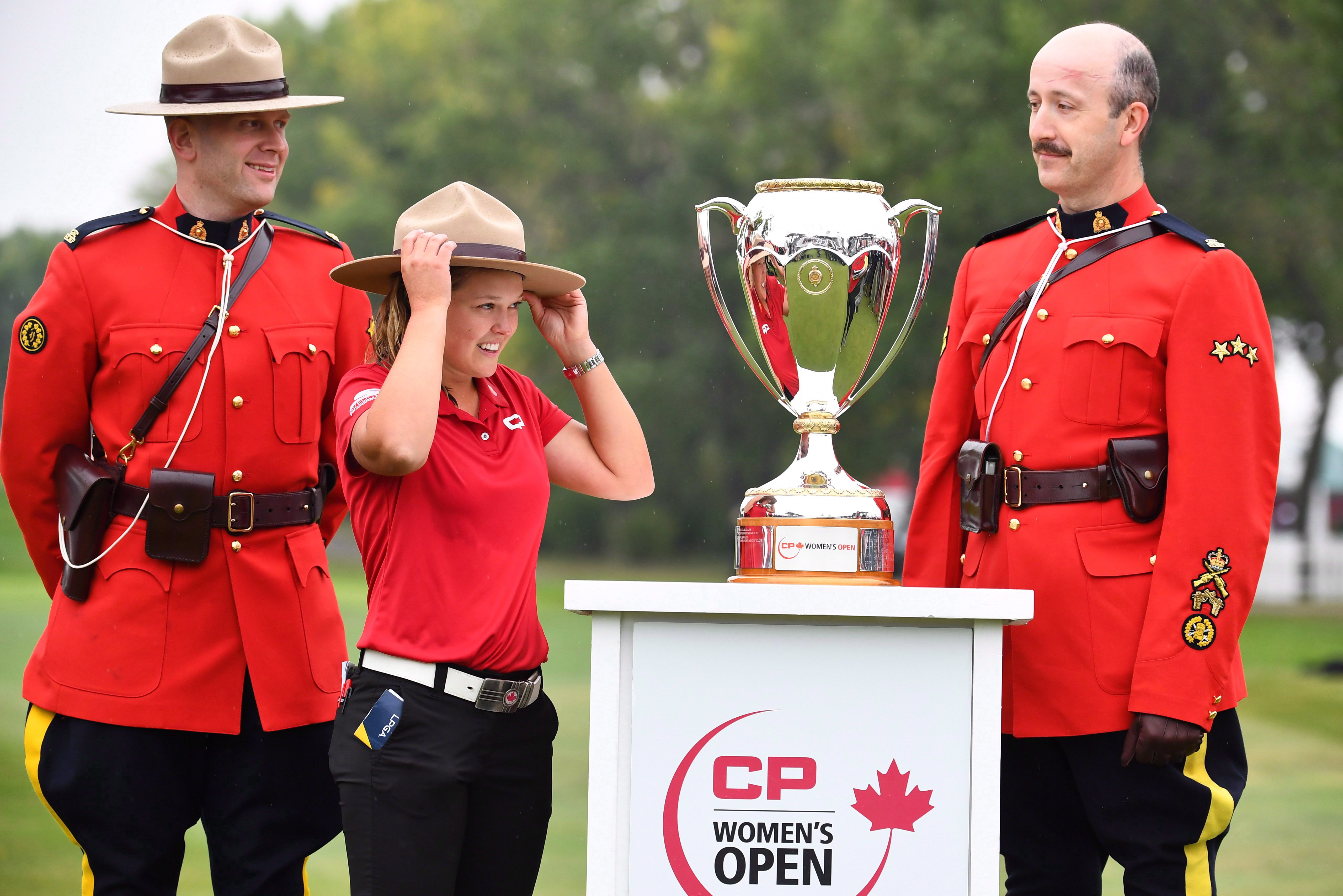 Brooke Henderson tries on an RCMP stetson as she celebrates her win at the CP Women’s Open in Regina. THE CANADIAN PRESS Jonathan Hayward

In August, Henderson won the women’s Canadian Open in Regina in dramatic fashion, firing a final-round of 65 for a four-shot victory.

No Canadian had won the tournament since Jocelyn Bourassa in 1973.

It was one of two LPGA tournaments Henderson won in 2018.

She finished in the top ten in 11 other tournaments and has now won seven LPGA tournaments since turning professional in 2014.

She ended 2018 ranked ninth on the tour and has won close to $5-million.