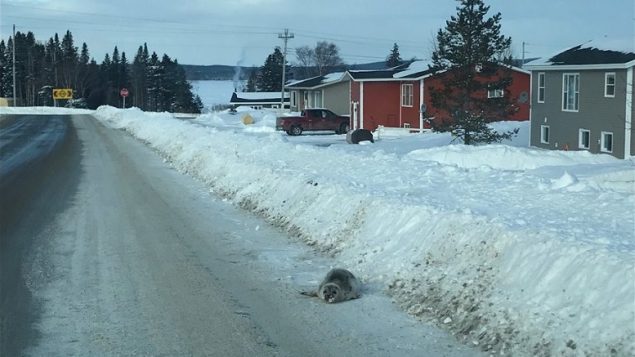 A seal that has wandered onto a local road, There are concerns for their safety from passing cars and snowmobiles. (B FitzPatrick-twitter)

A small town in northern Newfoundland has a problem. Seals are flopping through town. 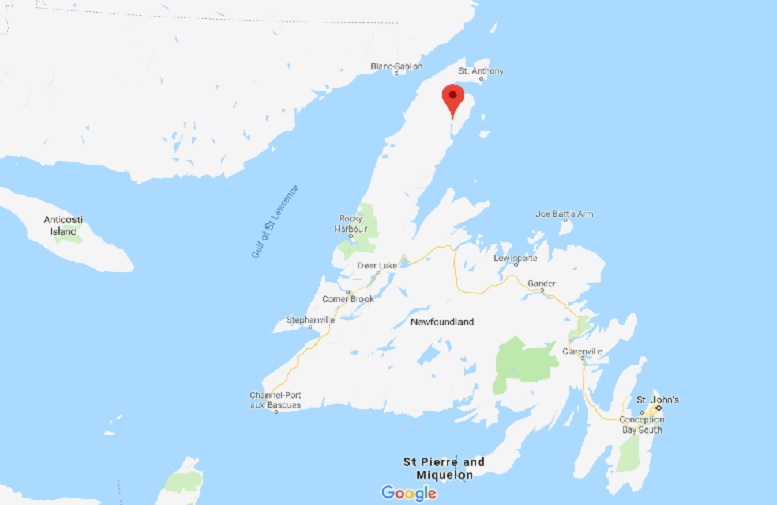 The town of Roddicton is at the end of long inlet in northern Newfoundland. (Google)

Residents of Roddickton spotted seals in the areas late last year, but recently the seals have been making their way into the town, sometimes along the road as far as a few kilometres from the ocean. 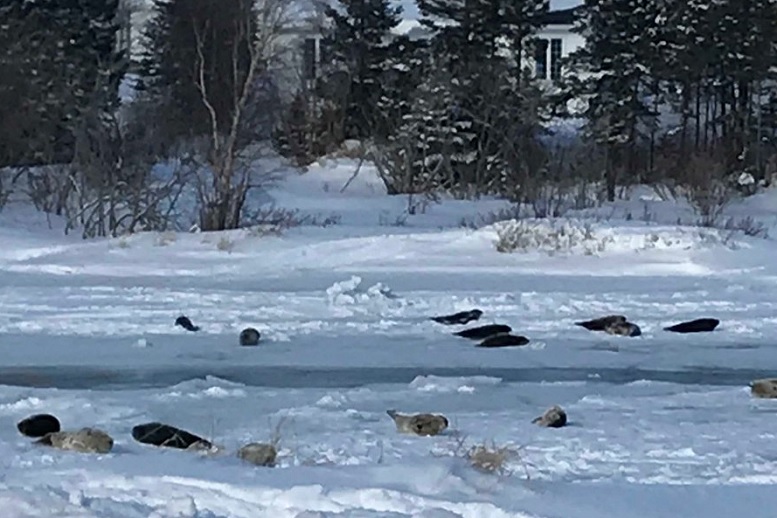 Several seals at the mouth of a local creek. Residents say they;ve been there for weeks and wonder if they’re slowly starving. (B FitzPatrick-twitter)

There are concerns about the safety of the seals, both from cars and snowmobiles of curious onlookers, and the fact that they can’t swim back to open water because of the ice. Residents are concerned the animals may slowly starve.

Roddickton is at the end of a long inlet and apparently the inlet froze over early this year causing the seals to move onto land. 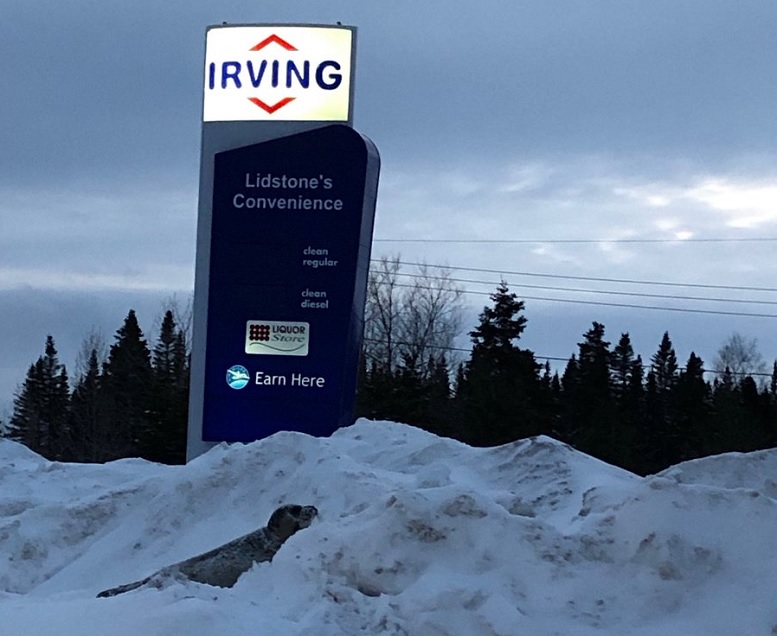 A seal climbs over a snowbank at a local fuel station and convenience store. ( B FitzPatrick-twitter)

Local resident Brendon FitzPatrick would like to see the federal Fisheries department come in and take the seals back to safety, and food, in the ocean. Speaking to The Canadian Press he said, “You gotta wonder if they’re going to survive or why the Fisheries Department don’t do something to take them out.”

The federal Fisheries department says it is monitoring the situation, but adds that disturbing a marine animal is illegal and can be dangerous.

One comment on “Stranded seals move into Newfoundland town”