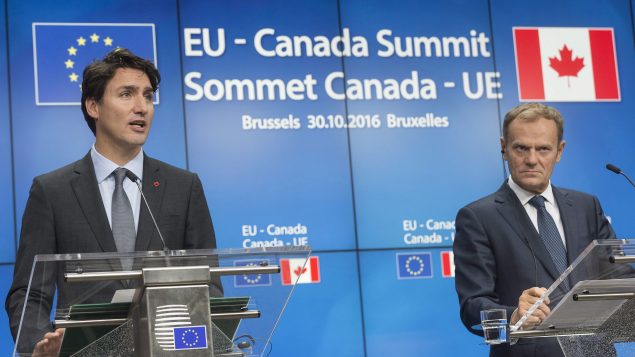 Canada will do its part to ensure a smooth transition as Britain exits the European Union, Prime Minister Justin Trudeau told President of the European Council Donald Tusk Wednesday, according to a readout of their conversation released by the Prime Minister’s Office.

The two leaders spoke on the phone Wednesday to discuss priorities in the relationship between Canada and the EU in the new year, according to the readout.

“The Prime Minister reiterated Canada’s commitment to help ensure a smooth transition as Britain exits the European Union, as a close friend and partner of both,” the readout said.

“The two leaders exchanged perspectives on key international challenges and reaffirmed Canada’s and the EU’s shared commitment to core values, including respect for the rule of law.”

Britain is due to leave the European Union but there is no clarity on how that will happen, or how painful it will be economically.

The British parliament faces a possible vote in mid-January on Prime Minister Theresa May’s negotiated deal on terms of an exit from the EU.

If the deal is rejected, and no other solution such as a second referendum is found, the risk will increase that Britain would leave the EU as scheduled March 29 without any clarity on new trading rules.

Trudeau also thanked Tusk for the EU’s support for Canada on the issue of the “arbitrary detention” of two Canadian citizens, former Canadian diplomat Michael Kovrig and entrepreneur Michael Spavor, in China, according to the readout.

They underlined the importance of respecting international norms and standards and judicial independence, the readout said.

With files by The Associated Press