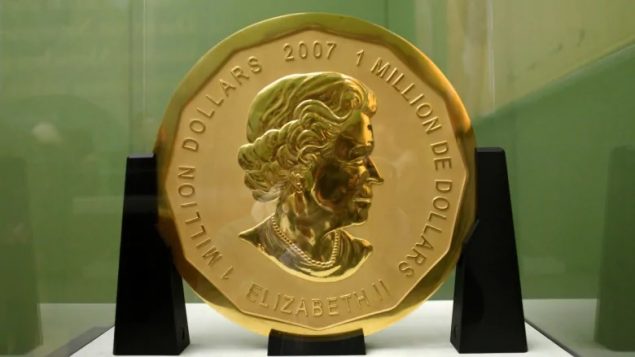 This giant 100kg Canadian pure gold coin, one of five made in 2007, is likely no more. Stolen from a Berlin museum, the police believe it was quickly cut into small pieces, and melted down or taken abroad. .(Marcel Mettelsiefen-DPA-AP)

It was the perfect crime…well, almost perfect. It involved none of the high-tech gimmicks and and meticulous split second timing by team of ultra sophisticated thieves like you see in the movies. 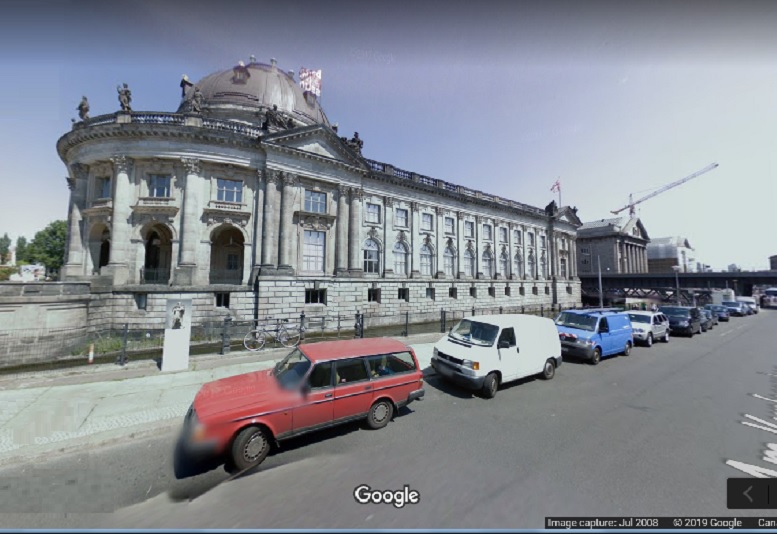 The Bode Museum in Berlin where the coin was on display in a bulletproof enclosure. (google streetview)

What it did involve was an ordinary ladder,  some rope, a wheelbarrow, maybe a heavy hammer…and a couple of strong men.

What they took in March of 2017, was a giant Canadian coin  weighing 100 kilograms of  99.999 per cent pure gold.  The coin with a face value of a million dollars, is estimated to be worth almost $6 million in gold.  It had been purchased by a German investor and was on loan to the museum.

It was well timed as the the theft occurred in the early morning hours at a time when no trains passed. They smashed through an unguarded window in the security guard change room at the back of the building relatively out of sight, and the theft involved the most simple of tools.  It was an almost perfect crime, almost, because the thieves were caught.

The theft was in March and police tracked them down in July. 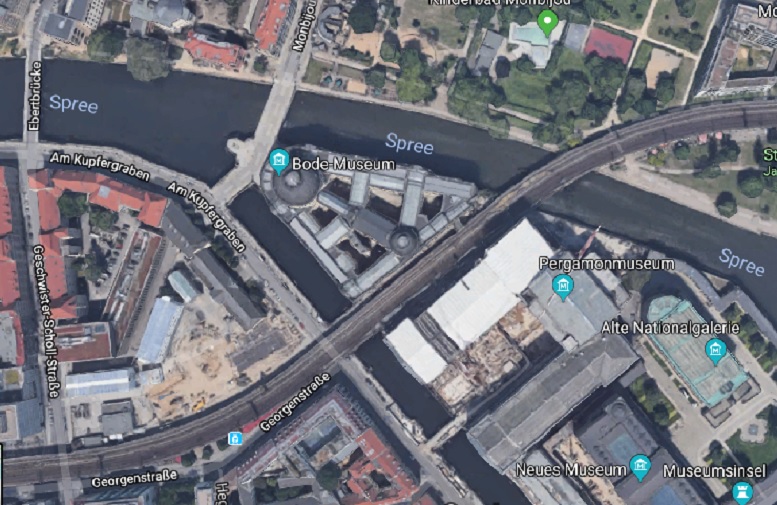 The Bode Museum, a triangular shape, is at the tip of an island, The railway track runs just behind it. (Google Earth)

Four men are now on trial in Berlin this week for the theft. Three men, aged between 20 and 24 years of age appeared in court yesterday, along with a fourth man who worked as a security guard and is believed to have provided information about the museum layout and coin to the thieves.

A German news report lists three men as unemployed brothers connected to a family clan with roots in Lebanon, with several members known to police. 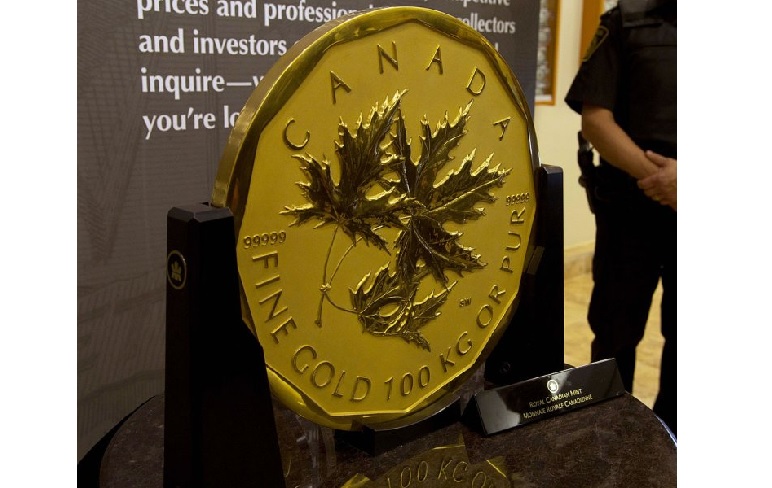 The coins are called “the Big Maple Leaf due to the maple leaf images on coin.(Getty Images)

It’s thought two men broke into the museum by using a ladder to an upper window, smashed the bulletproof cubicle holding the coin- which weighs almost as much as a small car engine- carted it to the window where they tossed it down before loading onto the wheelbarrow and along the tracks over the Spree River to where the tracks pass over a park. They may have then dropped the coin and lowered themselves down a rope into the park, and put the coin into a waiting getaway car.

There are (or were) five of the giant gold coins made by the Canadian mint starting in 2007.

It’s believed the stolen coin had already been cut up into pieces and perhaps melted down and will never be recovered.