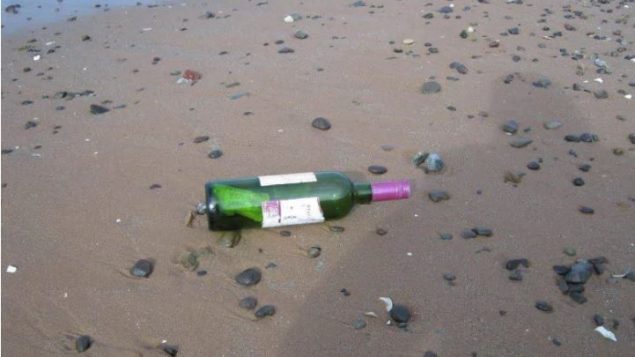 Message in a bottle: Jean-Guy Poirier found his first bottle while walking along the beach in 2004. He has found about a dozen a year ever since. (Isabelle Larose/Radio-Canada)

Messages in Bottles: Magdalen Islands man has over 100

Messages in bottles became the hobby of Jean-Guy Poirier who now has 104 in his collection.

It all began in 2004 during a walk on one of the beaches on the Madgalen Islands, in the Gulf of St. Lawrence.

“After I found the first one, I said, ‘Wow, these exist? Messages in a bottle?”

“After I found the first one, I said, ‘Wow, these exist? Messages in a bottle?'” Poirier told Radio-Canada in a recent interview.

“I found one. Then two. Then three. I became a sort of collector.”

Poirier travelled the islands’ beaches by foot and on his ATV, recovering messages from across the province of Quebec, the Maritime provinces, and around the world. 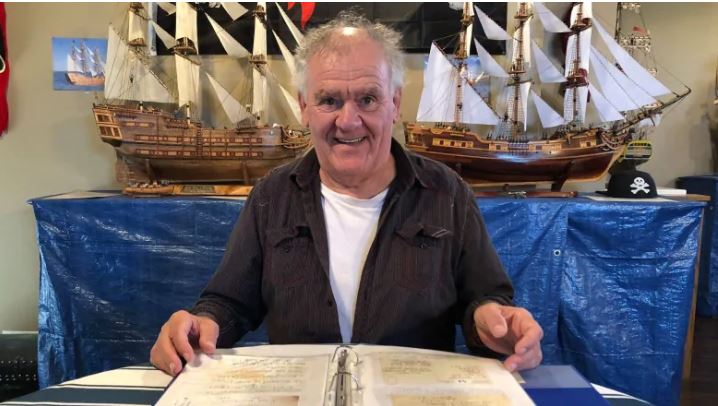 Messages in bottles always get a response from Jean-Guy Poirier, above, with the binder that holds some of his collection. (Isabelle Larose/Radio-Canada)

Most of the messages were written by people vacationing in the nearby Gaspé region of Quebec, or Prince Edward Island, New Brunswick and Nova Scotia.

But he has also discovered bottles from the distant shores of Norway and islands in the Caribbean.

“After a big storm, it’s fun to go searching”

Poirier says the beaches on the Madgalen Islands northern shores are the best for finding bottles with messages.

“After a big storm, it’s fun to go searching,” he explained. “But if you’re looking, you won’t find one. It’s only when you’re not looking that you find one.”

Most bottles were recently launched, but not all. “I found one that was in the water for 40 years,” Poirier said. 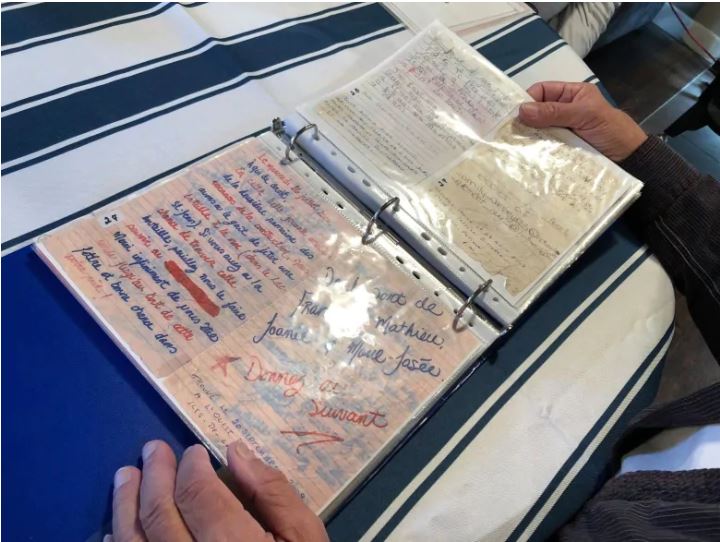 Messages in bottles carefully catalogued by Jean-guy Poirier and his wife. (Isabelle Larose/Radio-Canada)

Many messages request a response. A couple from Ohio included two American dollars to cover the postage.

Poirier always obliges contacting the writers, to let them know their message has been found.

He told Radio-Canada that children are always the happiest to hear from him, realizing that their bottle travelled hundreds of kilometres in some cases.

Poirier is meticulous in collecting and compiling his treasures and it has become a family affair.

Along with his wife, he records when and where he made the discovery, usually including photos of bottles wrapped in seaweed, or almost buried in sand.

The notes inside are varied; some are images or children’s drawings, and they’re written in French, and English, and other languages.

Some are expressions of love, like the one dated August 2013, which contained a couple’s renewed wedding vows.

One from October 2016, was a message from one brother to another sharing how much he missed seeing and speaking with him.

And back in 2004, a January first message was addressed to a mother who died 22 years before and the father who’d recently joined her. It was a request to look over the writer’s family.

(With files from CBC and Radio-Canada)