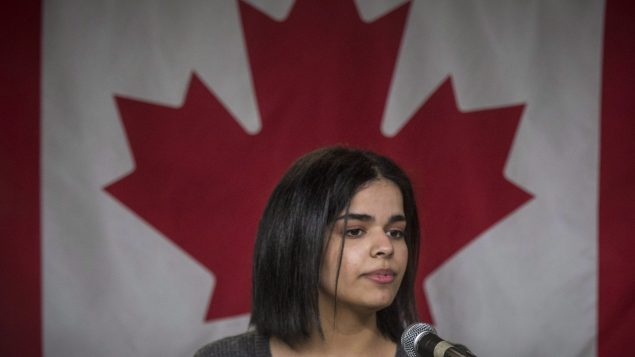 Saudi teen Rahaf Mohammed al-Qunun who was granted asylum in Canada after fleeing from her allegedly abusive family pledged on Tuesday to fight for the freedom of other less fortunate women in a public statement to media in Toronto.

“Today and for years to come I will work in support of freedom for women around the world, the same freedom I experienced on the first day I arrived in Canada,” said the 18-year-old whose widely publicised battle to escape her family garnered international attention.

Speaking in Arabic at a press conference at a Toronto immigrant and refugee settlement agency, al-Qunun, who now prefers to use Mohammed as her last name after her family disowned her, thanked Canada, Thailand and the UN refugee agency and thousands of well-wishers around the world.

“I’m one of the lucky ones,” Mohammed said. “I know that there are unlucky women who disappeared after trying to escape or who could not do anything to change their reality.” 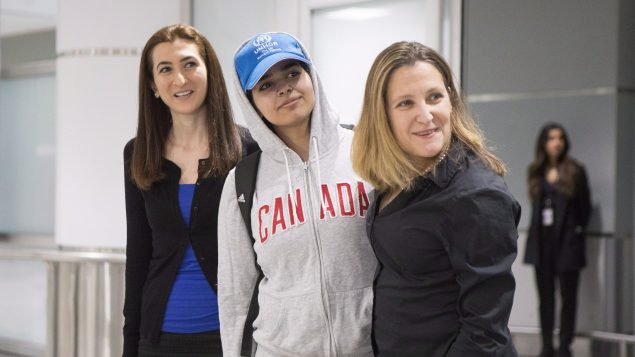 Mohammed won global attention last week when she fled her family while visiting Kuwait and flew to Bangkok, Thailand. She barricaded herself in an airport hotel room and launched a Twitter campaign outlining allegations of abuse against her relatives — accusations her family members have denied.

She landed in Toronto after the Canadian government said it had agreed to resettle her at the request of the United Nations High Commissioner for Refugees. She was personally greeted by Foreign Affairs Minister Chrystia Freeland, who appeared with her arm around the teen.

“As you know, in Saudi Arabia this is the case for all Saudi women except for those who are fortunate enough to have understanding parents,” Mohammed said.

Saudi women can’t be independent and they need the approval of their male guardians for everything, Mohammed said.

Any woman who thinks of escaping or escapes would be at risk of persecution, she added.

“I want to be independent, [I want to] travel, make my own decisions on education, career or who and when I should marry,” Mohammed said. “I had no say in any of this. Today, I can proudly say that I’m capable of making all of those decisions.” 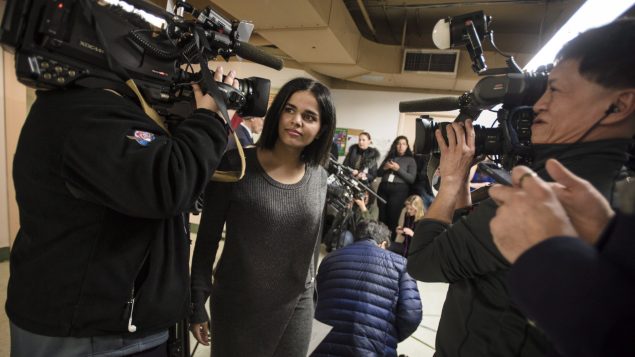 Mohammed said she is very grateful for all the offers of support for housing and friendship.

“Thank you to everyone for reaching out and making me feel welcome in my new home,” Mohammed said.

But she also asked the public and the media to respect her privacy as she settles into her new life.

“I would like to start living a normal private life just like any other young woman living in Canada,” Mohammed said. “This starts with me getting help in my settlement process and of course learning English.”

Mario Calla, executive director at COSTI Immigrant Services in Toronto, which has taken charge of Mohammed’s case and organized the press conference, said they will help the young woman to find housing and sign up for English language classes.

Mohammed has reported receiving several death threats on social media and to ensure her security the settlement agency has also arranged for a private security guard and a member of staff to be with her at all times for now, Calla said.

However, the first order of business was getting Mohammed some appropriate clothing for Canadian winters, Calla said, pointing out that the Saudi teenager, who was initially hoping to go to Australia arrived in Canada from Thailand wearing a short summer dress.

As a government-sponsored refugee in Canada, Mohammed will receive financial support for 12 months.

Calla said Mohammed told staff at COSTI that she wants to continue her education in Canada and, perhaps, study civil engineering.