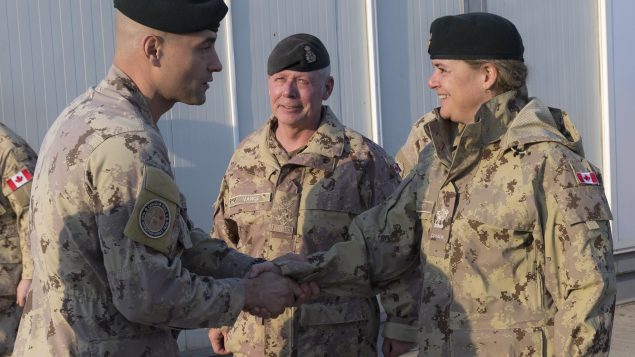 Gov. Gen. Julie Payette visited over the weekend with hundreds of members of the Canadian Armed Forces deployed in Kuwait and Iraq as part of Operation IMPACT, according to her office.

Payette, who also holds the largely ceremonial position of Canada’s Commander-in-Chief, was accompanied by Gen. Jonathan Vance, Chief of the Defence Staff.

During her four-day trip, which concluded on Monday, Payette met with Maj.‑Gen. Dany Fortin, Commander of NATO Mission Iraq, Paul Gibbard, Canada’s ambassador to Iraq, and Louis-Pierre Émond, the Canadian  ambassador in Kuwait.

Canada has deployed nearly 850 troops in the Middle East as part of Operation IMPACT, which has evolved from a combat mission targeting Islamic State militants in Iraq and Syria into a training, assistance and advising mission for Iraqi security forces.

The men and women of the @CanadianForces deployed with the Operation IMPACT, in Kuwait and Iraq contribute to helping bring peace and stability in the region. They are away from home, working for Canada and for a better world. They make us immensely proud. pic.twitter.com/mgo6YJdBmO

Canada contributes to helping bring peace and stability to Iraq and the region, Payette said.

“The hundreds of men and women deployed with the CAF’s Operation IMPACT, in Iraq, Kuwait, Jordan, Qatar and Lebanon, help improve the security structures, training and  professionalism of the Iraqi forces, and contribute to the fight against terrorism,” the Governor General in a statement.

“They are away from home, working for Canada and for a better world. They make us immensely proud.” 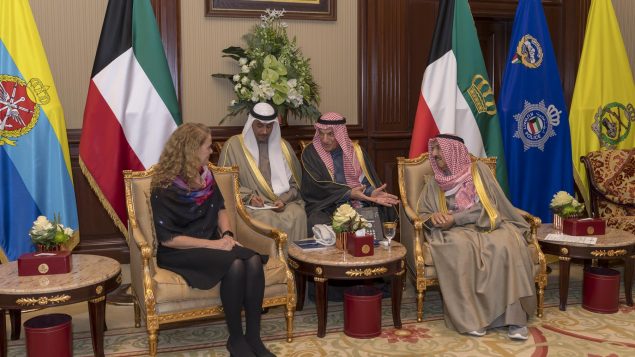 According to a statement issued by Salih’s office, the Iraqi president stressed “the need for the participation of Canadian companies and businessmen in investing in Iraq and benefiting from their expertise in the industrial and agricultural fields, as well as expanding scientific and cultural exchanges in addition to academic scholarships between the two countries.”

Payette said Canada will continue to stand by the Iraqi people as they work to achieve stability and rebuild their cities liberated from IS militants, according to a readout of the meeting published by the Iraqi side.

In her role as the Governor General and Commander-in-Chief of Canada, Payette regularly visits military units across the country and abroad.

In January 2018, she travelled to Eastern Europe to meet with Canadian military personnel deployed as part of Operation UNIFIER in Ukraine and Operation REASSURANCE in Latvia.