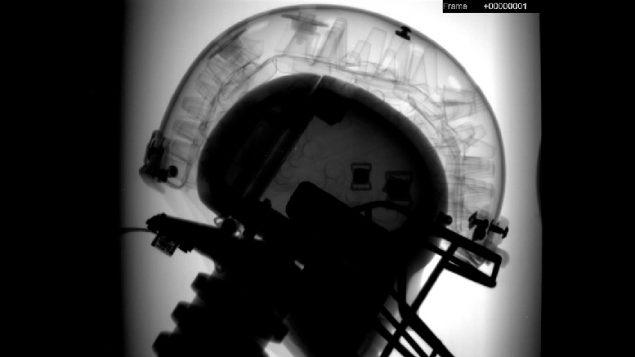 Researchers at Carleton University in Ottawa have developed a new x-ray technology which allows ultra fast images at a rate of up to 100,000 frames per second.

This gives absolutely precise images of what happens to helmet designs and also to a person’s head and brain inside the helmet during a variety of impact scenarios, at a level not previously possible. This is becoming increasingly important as the consequences of concussions become increasingly of concern. The x-ray images show effects simply not visible in video studies,and the new ultra-fast imaging shows those effects in incredible detail.

Oren Petel (PhD, P Eng)  heads the research in the Department of Mechanical and Aerospace Engineering, Faculty of Engineering and Design  and at the university’s Impact Research Lab

The new X-ray technology is the result of more than two and half years years of development. 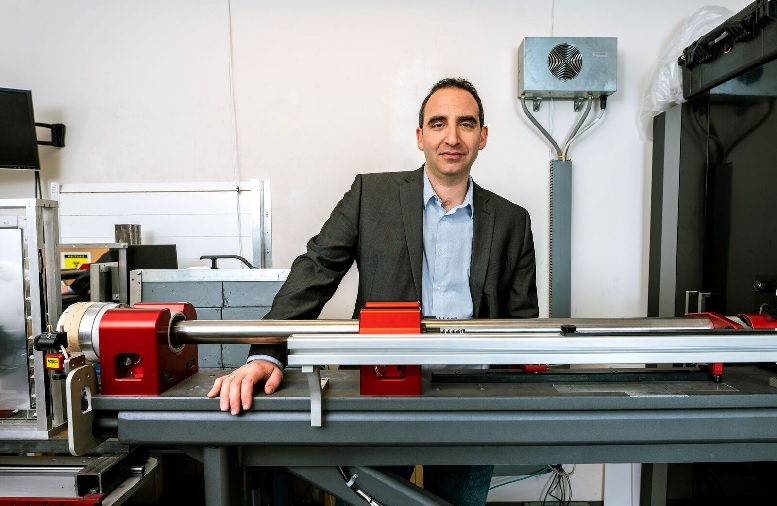 The system has been operational for about a year and Petel says there has been considerable interest from a variety of areas. While they have generally been testing football and hockey helmets due to their accessibility, collaboration with manufacturers, and the fact that discoveries during research may result in helmet improvements relatively short timeframe.  The researchers have also been working with military helmets as well.

In addition, the testing has involved use of a “standard” research head known as “Hybrid III”, a classic crash test dummy, but also a more advanced and realistic model created by Petel’s collaborators, a team from Defence Research and Development Canada (DRDC) Valcartier Research Center led by Simon Ouellet. The material used on the front of the 13-kg linear impactor can also be changed to simulate a variety of impact scenarios. 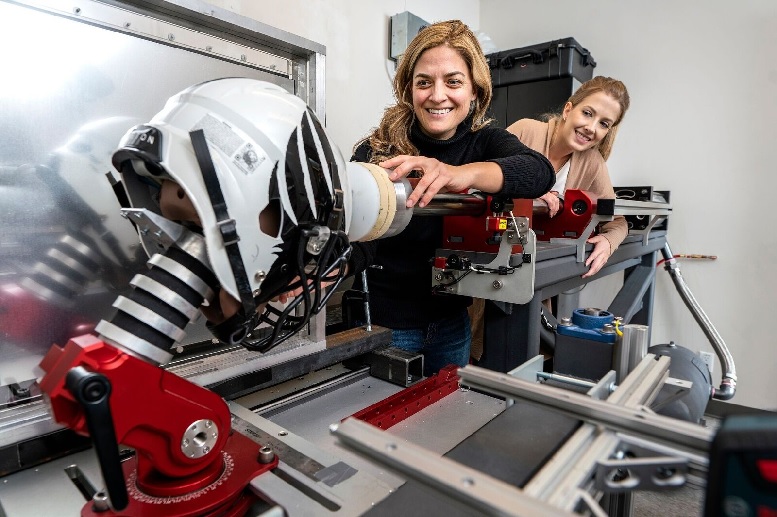 Other research involves testing of impact on tissues on a cellular level, and development of a brain model to test internal effects of impacts. 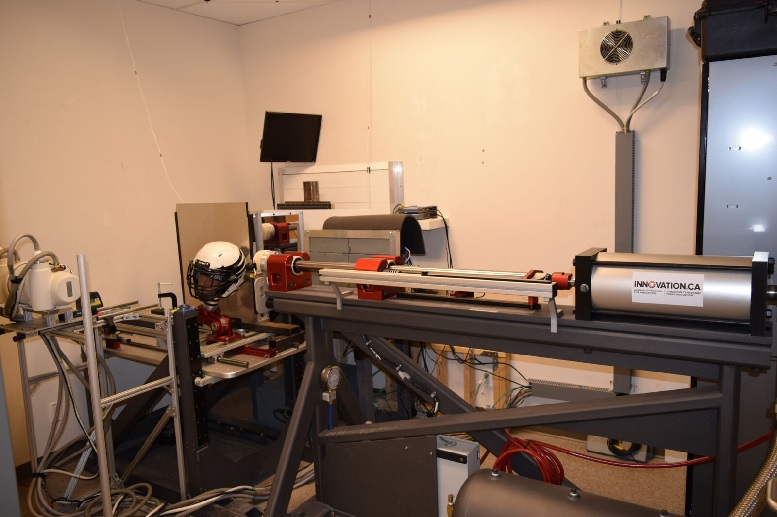 The highly sophisticated technology allows incredibly precise analysis of impacts, but is lab-zized and far less expensive than other similar systems. (Carleton U)

Petel, who is talking to helmet manufacturers about potential applications for his system, has also received funding from the Canadian Institutes of Health Research, the Natural Sciences and Engineering Research Council of Canada, the U.S. government and industrial partners. He has collaborated with researchers at the University of Ottawa and Ottawa Hospital.