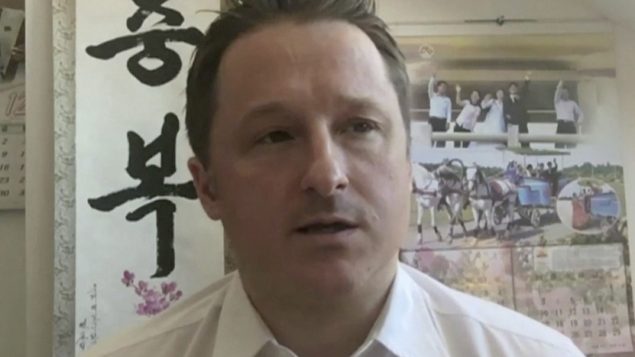 In this image made from video taken on March 2, 2017, Michael Spavor, director of Paektu Cultural Exchange, talks during a Skype interview in Yangi, China. (AP Photo)

“Canadian consular officials continue to provide consular services to him and his family and will continue to seek further access to Mr. Spavor,” said a statement by Global Affairs Canada. “Due to the provisions of the Privacy Act, no further information can be disclosed.”

This was the third consular visit with Spavor since he was arrested by the State Security Bureau of Dandong City, Liaoning Province, near the border with North Korea.

“Canadian consular officials continue to provide consular services to Michael Kovrig and his family as well and will continue to seek further access to Mr. Kovrig,” the statement by Global Affairs said.

“The Canadian government remains deeply concerned by the arbitrary detention by Chinese authorities of these two Canadians since December 2018 and continues to call for their immediate release.” 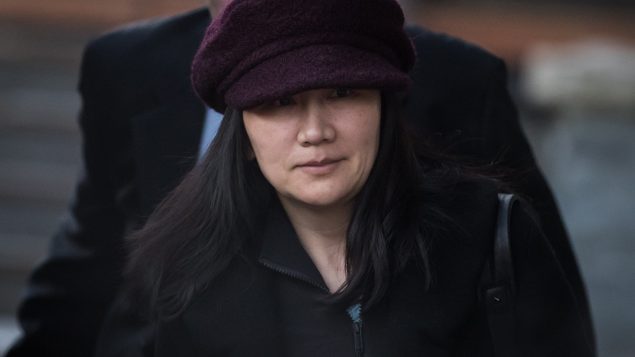 Huawei chief financial officer Meng Wanzhou, who is out on bail and remains under partial house arrest after she was detained Dec. 1 at the behest of American authorities, leaves her home to attend a court appearance regarding her bail conditions, in Vancouver, on Tuesday January 29, 2019. (Darryl Dyck/THE CANADIAN PRESS)

Meng’s arrest has caused a diplomatic row between Ottawa and Beijing.

Meng, who is also the daughter of company founder Ren Zhengfei, could face extradition to the U.S. over allegations she was involved in violating sanctions on Iran, with each charge carrying a maximum sentence of 30 years in prison.

She was released on bail by a Canadian court after she agreed to post a $10-million bail, surrender her passports and abide by more than a dozen conditions.

According to a 13-count indictment presented in New York on Monday, Meng, Huawei, the telecom giant’s U.S. subsidiary, and Hong-Kong-registered company Skycom, which mainly does business in Iran, are accused of committing bank fraud, wire fraud and conspiracy to commit money laundering among other things.

Huawei in a statement Tuesday denied it violated U.S. laws and said it was unaware of any wrongdoing by Meng.

China has demanded her immediate release and requested from U.S. authorities to withdraw their extradition request for Meng. 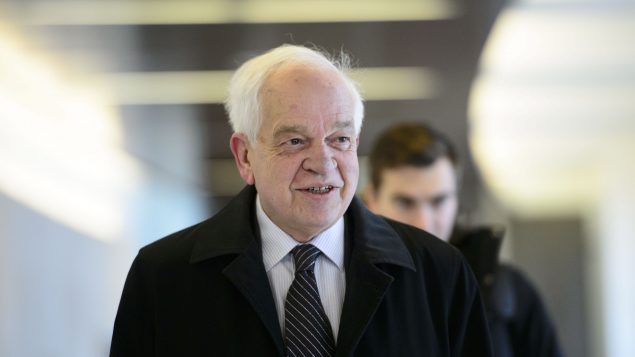 Relations between Canada and China were seen as taking another hit after Prime Minister Justin Trudeau fired Canada’s ambassador in China John McCallum, after the veteran Liberal politician and former cabinet minister suggested that Meng had a strong case to fight the extradition to the U.S.

In the face of “arbitrary” detentions of Spavor and Kovrig Ottawa has also rallied its allies to put pressure on Beijing to release them.

“Canada continues to express its appreciation to those who have spoken in support of these detained Canadians and the rule of law,” the statement by Global Affairs said. “This includes Australia, the EU, France, Germany, the United Kingdom, the United States, the Netherlands, Latvia, Lithuania, Estonia, Spain, Denmark, and most recently, NATO.”