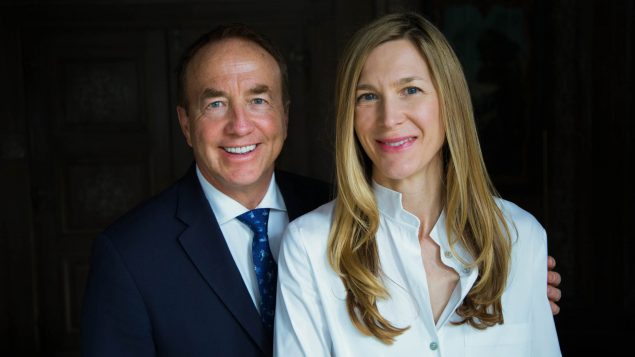 The McCall MacBain Scholarships will provide 75 outstanding students from Canada and around the world with the opportunity to pursue a master’s or professional degree at McGill University and will be complemented with a world-class enrichment and mentorship program, the McCall MacBains Foundation announced.

In addition to full funding to cover tuition and fees plus a living stipend, scholarship recepients will benefit from mentorship and immersive learning experiences including retreats, workshops and internships, creating the most generous and comprehensive graduate scholarship at this level in Canada, the foundation said.

“As graduates of Canada’s publicly-funded university system, Marcy and I know first-hand how universities like McGill can reduce social barriers and foster talent at the highest of levels,” said in a statement John McCall MacBain, who made his fortune by reinventing classified ads.

“I received my undergraduate degree as a scholarship student from McGill and it truly changed my trajectory.”

Originally from Niagara Falls, Ontario, John McCall MacBain came to McGill to study economics, graduating with an Honours Bachelor of Arts degree in 1980.

During his time at McGill, he was deeply involved in student life, including serving as President of the Students Society of McGill University. In his final year, he was named Valedictorian.

After graduating from McGill University, McCall MacBain received the prestigious Rhodes Scholarship and subsequently obtained a law degree from University of Oxford. But it was only after he obtained an MBA from Harvard Business School, that he launched a successful entrepreneurial career by buying Quebec’s Auto Hebdo and founding Trader Classified Media.

McGill’s Principal and Vice-Chancellor Suzanne Fortier said the university is “incredibly grateful” for the visionary support its students received from the McCall MacBain family.

“As McGill prepares to celebrate its Bicentennial in 2021, the McCall MacBain Scholarships embody our vision for McGill’s third century: a place where students become future-ready and prepared to contribute to shaping our rapidly changing world,” Fortier said in a statement.

Within five years, the scholarships will grow to support up to 75 scholars on campus. McCall MacBain Scholars will be able to choose among existing master’s and professional degrees such as law and medicine, as well as McGill’s newly-created interdisciplinary Master of Arts and Science, which is under development and is expected to be inaugurated to coincide with the inaugural class, the university announced.

“As we develop these scholarships and support our scholars, we are looking forward to welcoming promising leaders with entrepreneurial spirit, who foster opportunities not only for themselves – but for those living in the world around them,” said Dr. Marcy McCall MacBain.

Franca Gucciardi, CEO of the McCall MacBain Foundation said, they are working to set up selection committees in Canada and then around the world to find and select future McCall MacBain Scholars.