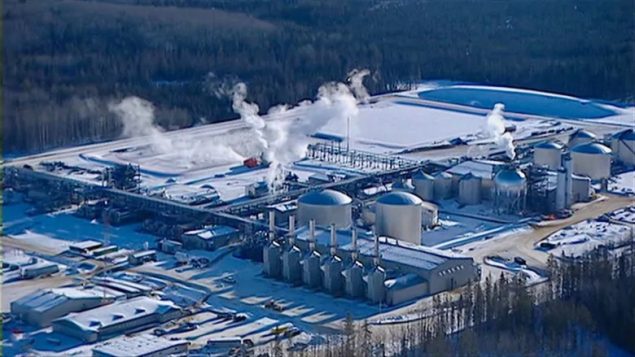 An aerial view of Devon's Jackfish complex south of Fort McMurray, Alta. Devon hopes be out of the oilfiels by the end of the year. The company's assets could sell for up to $9 million (CBC)

As a new study shows Alberta’s government increasing its subsidies to the fossil fuel sector, an American-based energy company says its pulling out of the province’s oilsands.

A report released today by Environmental Defence and the International Institute for Sustainable Development shows government subsidies increased and topped $2 billion in the last fiscal year.

The report shows that the government has subsidized the fossil fuel industry by an average of $1.6 billion annually and comes despite commitment to eliminate inefficient fossil fuel subsidies by 2025.

Meanwhile Devon Energy, which has been doing business in Canada since 1998 and opened its first oilsands facility in 2007 says is has hired advisers to sell the company’s three oilsands facilities because it wants to leave Canada by the end of the year. 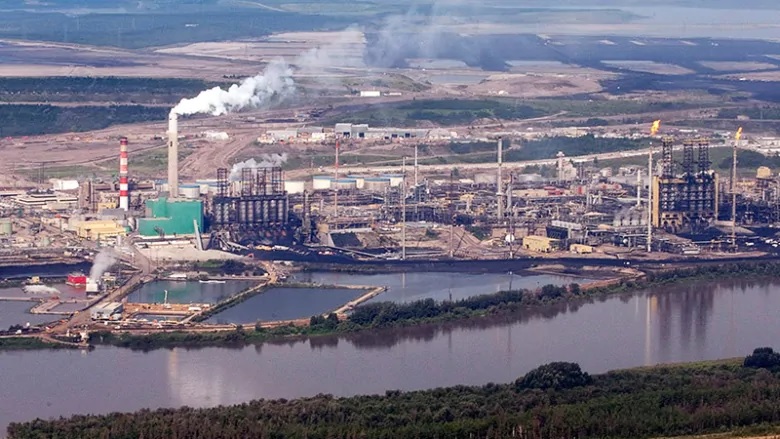 The Suncor mine facility along the Athabasca river as seen from a helicopter tour of the oil sands near Fort McMurray. (Jeff McIntosh)

Devon currently produces about 131,000 barrels of oil a day, about 24 per cent of t he company’s total production.

It has about 750 employees in Canada, including 400 at its Calgary office.

Analysts say the decision is not surprising because the Devon’s stock is underperforming and its Canadian division is struggling because of discounted oil prices in Canada compared with the U.S.

Other foreign companies that have reduced their oilsands presence in recent years include Norway’s Statoil, U.S-based Murphy Oil and France’s Total SA.

Earlier this week, Premier Rachel Notley announced a deal to lease 4,400 oil tank cars to carry its oil to American and international markets.