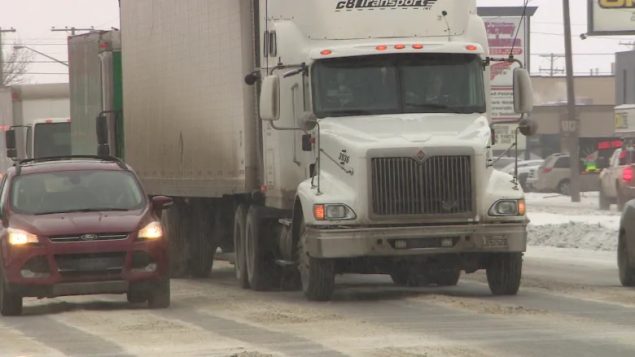 There have long been claims that many semi-truck drivers are taking to the roads with inadequate training. New mandatory minimum training standards are coming. (Don Somers-CBC)

Rush for heavy truck licences ahead of new rules

Spurred on by a deadly crash last year between a bus carrying young hockey players and a tractor trailer, new rules are being created for obtaining a commercial heavy truck driver’s licence.

The crash in Saskatchewan resulted in 16 deaths aboard the bus.

Saskatchewan is changing its requirements for a so-called Class-1 licence although they say it was in the works before the tragic accident of April 6, 2018. The neighbouring province of Alberta is stiffening training rules as well.

Both the new rules in those western provinces, and expected minimum standard training nationally, are resulting in a rush to get the tractor trailer licences. 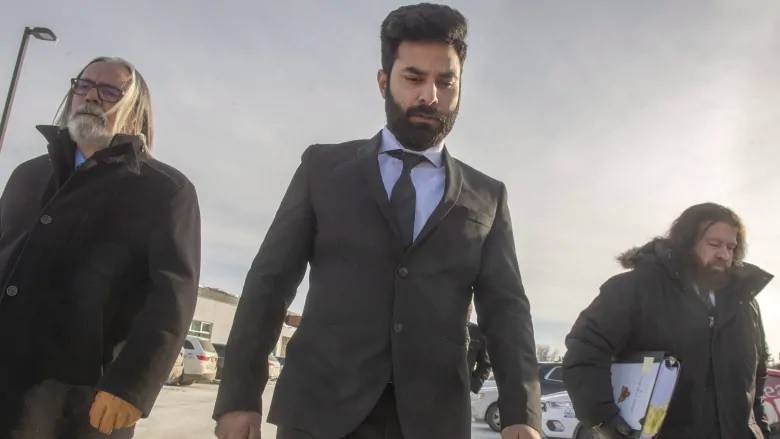 Jaskirat Singh Sidhu, the driver of the truck that the Humboldt Broncos team bus crashed into, leaves with his lawyers after the third day of sentencing hearings in Melfort, Sask. He admitted fault for the crash and that his own inexperience was a factor (Ryan Remiorz/Canadian Press)

Currently in Saskatchewan there are no requirements for mandatory training, although about 90 per cent of prospective drivers do take driver training classes on the big trucks. This is a week-long course and generally costs between $2,500 to $3,000 dollars.

The new rules and added costs have resulted in a flood of prospective drivers signing up for current training and licence testing.

Many people who had been thinking of getting a Class-1 licence say they won’t be able to afford the time or the added cost and that’s why they’ve decided to hurry their process.

Rana Hameed is owner of Skyways Driving School in Regina Saskatchewan. Pictured are a group of his students in a class this month.. Hameed said most of the people calling for big-rig training are farmers or immigrants, and he said most say want to get licences now as they won’t have the time or can’t afford the mandatory training which is coming. (Bonnie Allen/CBC)

However, the variation in standards among provinces is of concern because some novice drivers take to the road with far less experience than others. Drivers also regularly cross provincial boundaries with their varying degrees of expertise and experience.

However, new minimum national standards are in the works and expected to be in place by next January.  This will ensure that all semi truck drivers across the country have a standard minimum training level before they take to public roads with their up to 40-ton (36 tonne) truckloads.

The truck driver in that crash said his own inexperience was a factor.