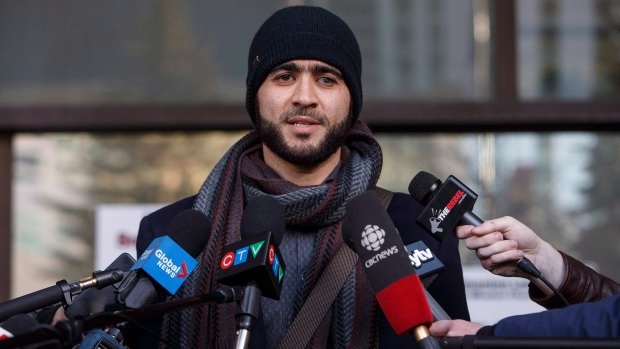 Omar Khadr speaks outside court in Edmonton in December. (The Canadian Press/Jason Franson)

Judge will rule next month on Omar Khadr legal request

The sentence, which is under appeal and will likely take years to resolve, was imposed by a military commission in the United States as part of a plea bargain agreement in 2010

It would have expired last October, but the clock stopped when Khadr was freed on bail in May 2015.

Khadr’s lawyer, Nathan Whitling, told the court Tuesday the appeal has not advanced “even an inch” in the U.S and asked Chief Justice Mary Moreau to place Khadr under conditional supervision for one day then declare his sentence served. 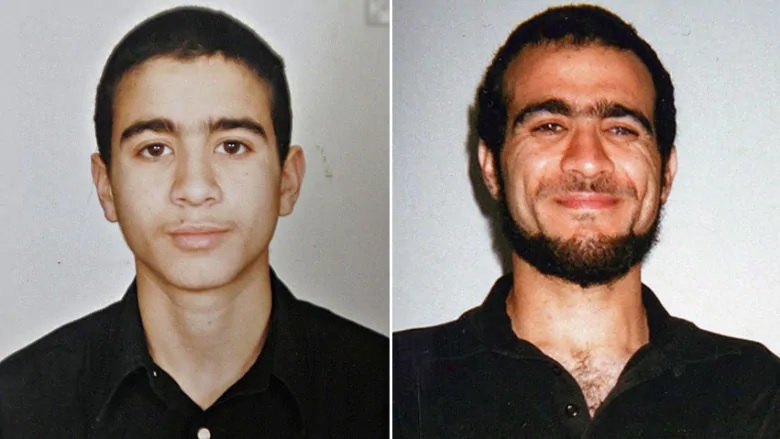 Justice Moreau said she would rule on the case next month.

In the 2010 plea bargain, the Toronto-born Khadr pleaded guilty to five war-crimes charges, including murder, for killing an American soldier, Christopher Speer, in a firefight in Afghanistan in 2002 when he was 15.

He later repudiated his guilty plea, saying it was the only way to get out of Guantanamo, where he was tortured.

After spending 10 years in Guantanamo, Khadr was sentenced by a US military commission to an additional eight years and sent to Canada. 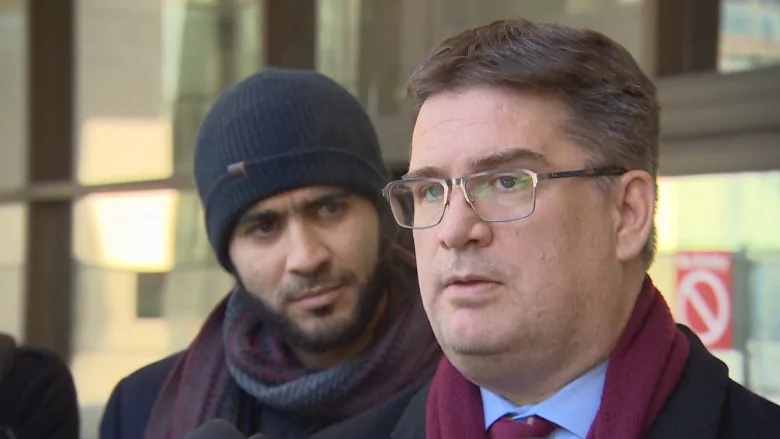 Khadr, who has lived mostly out of the spotlight since his release, had long been a political lightning rod, especially after the federal government settled a lawsuit he filed for a reported $10.5 million in 2017.

The compensation followed a Supreme Court ruling in 2010 that Khadr’s charter rights were violated at Guantanamo and that Canadian officials had participated in that violation.

Since his release, Khadr has lived quietly in Edmonton and Red Deer, Alta.

“He’s been an upstanding citizen since being released,” Whitling told the court.

“There’s nothing negative to say about Mr. Khadr.”