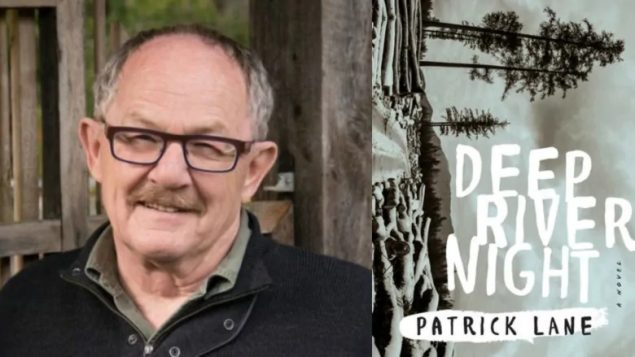 Award-winning poet and fiction writer Patrick Lane has died at the age of 79. Lane's work spanned over 50 years and included 25 volumes of poetry and other works of fiction and non-fiction. (Chris Hancock Donaldson/Penguin Random House)

Patrick Lane, a slayer of personal demons who went on to serve as a much-loved Canadian poet, has died at the age of 79.

A man with little formal education, Lane was awarded the order of Canada in 2014, honouring over 50 years of contributions to Canadian poetry and prose–both fiction and non-fiction.

A recovering alcoholic and cocaine addict, he told the CBC’s Shelagh Rogers in an 2012 interview he had found peace after a life-long struggle.

“I think it’s that transformative quality that I’ve searched for spiritually in my life and have found now–finally after a long, long life–that I really do feel spiritually at peace now. In the way a sparrow can be, sitting on a branch. I can be that content.”

Growing up in B.C. interior, Lane worked a series of odd jobs–sawmill worker, truck driver, industrial first aid man–as he fell in love with words and working with them.

As he became successful, winning a Canadian Authors Association Award, three National Magazine Awards and a Governor General’s Award for Poetry, he served as a writer-in-residence and teacher at universities across Canada.

With all his success, he never shied away from his struggles that included his addictions, two failed marriages and the deaths of his brother and father.

In 1978, he became Writer-in-Residence at University of Manitoba, where he met fellow poet Lorna Crozier.

The couple married 19 years ago and were together for 41 years.

Lane had five children from his first two marriages.

“My life has had it’s terrible moments,” Lane told Rogers in the 2012 interview.

“For me to hold onto art–to hold onto this creative process–really saved my life…I don’t know what would have happened to me me if I hadn’t had that…The art kept me going.