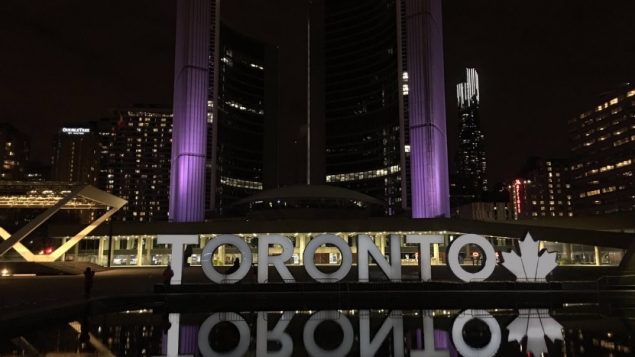 The normally bright Toronto sign in front of city hall was dimmed this morning to honour the victims of the New Zealand shooting and will remain dimmed during a vigil tonight. (Mayor Tory-Twitter)

Toronto’s mayor sent the image in a tweet early this morning Eastern Time, adding “The Toronto sign in front of City Hall has been dimmed today to mourn the victims of this vicious terror attack in #Christchurch.”

Toronto Mayor John Tory also said, “I am deeply saddened by the terror attack in New Zealand & stand with our Muslim community to condemn this hate-fuelled violence. On behalf of all Torontonians, we send condolences to the families & friends of those killed in Christchurch & those injured in this heinous attack.”

Across Canada police are also stepping up patrols around mosques as a precautionary measure. 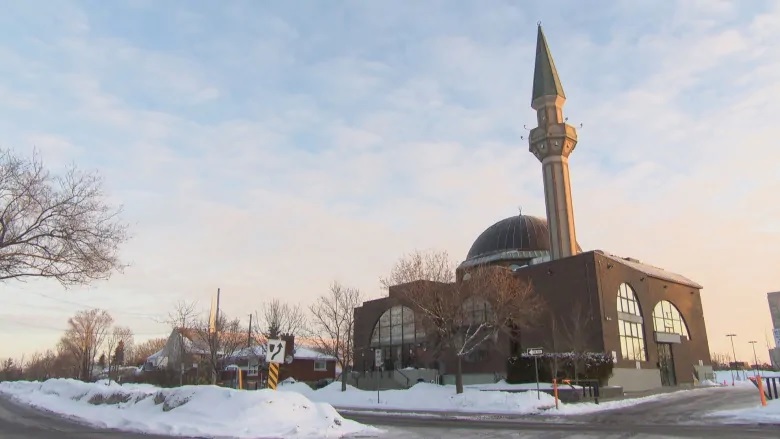 This mosque in Ottawa is one of many across Canada where extra police have been assigned as a precautionary measure against any copycat attackers inspired by mass media coverage of the New Zealand killer. (CBC)

The vigil at the Nathan Phillips Square in front of Toronto’s City Hall will begin at dusk around 6 p.m. (18h)

The horrific and senseless mosques attacks in New Zealand have left 49 killed with 48 others in hospital with wounds. One man is in custody, apparently inspired by vast news coverage given to other anti-immigrant mass killers including Alexandre Bissonette of Quebec, and historical leaders who defeated Muslims in battles. The killer also had scribbled a “manifesto” similar to that of a jailed Norwegian extremist mass murderer.