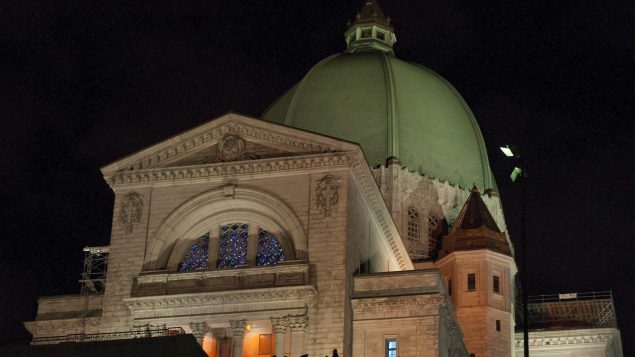 Montreal police have arrested a young man who allegedly stabbed a Catholic priest during a televised morning Mass at the city’s landmark Saint Joseph’s Oratory, Canada’s largest church, on Friday.

The priest, who was identified by the Diocese of Quebec as Father Claude Grou, the rector of the Oratory, was taken to hospital for treatment.

A spokesperson for the McGill University Health Centre said the 77-year-old priest was treated for multiple stabbing injuries at the Montreal General Hospital but his life is not in danger.

Montreal police spokeswoman Caroline Chevrefils said police received a call about the stabbing at around 8:40 am (12:40 GMT). When police officers arrived on the scene, they found the suspect already detained by the security staff at the church, Chevrefils said.

The 26-year-old man was taken into police custody and will be interviewed by investigators, she said.

Police have no motive yet for the attack, she said.

The whole incident was live-streamed by Salt and Light Television, a Catholic TV channel that broadcasts the religious ceremony daily.

Witnesses said a young man, who was sitting in the back pews during the mass, suddenly stood up and walked quickly towards Grou who was reading the Gospel at the altar.

“I saw this man coming quickly and taking his knife out and going straight for Pere (Father) Grou,” Adele Plamondon told CBC News. “It was obvious what his intentions were so I left screaming to alert the security.”

The Oratory, a popular spot for pilgrims and tourists, said it will remain open and continue offering services throughout the day.